The School of the Art Institute of Chicago (SAIC) is pleased to bring our esteemed Early College Program Summer Institute to the world class city of Mumbai. Taught by our SAIC school faculty, this online summer two-week intensive program is designed to educate, engage, and inspire high school students who are passionate about art and design in the 21st century.

View our ECP in Mumbai brochure! 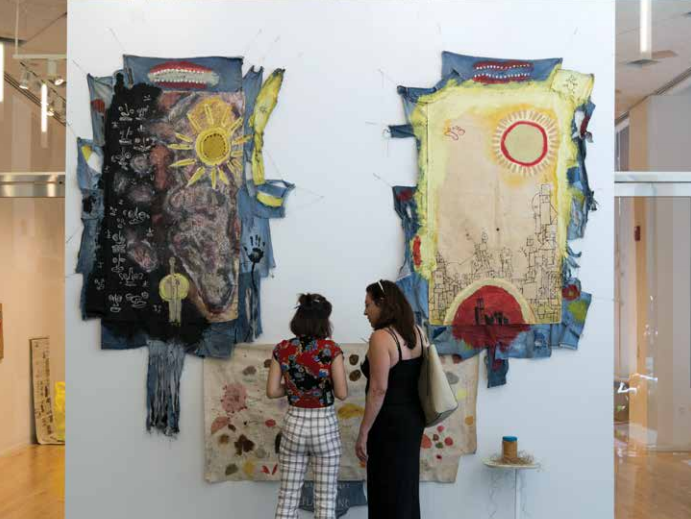 Create compelling, portfolio-quality artworks using the non-traditional drawing and painting techniques you will be learning in this exciting course.

Create compelling, portfolio-quality artworks using the non-traditional drawing and painting techniques you will be learning in this exciting course. You will be building technical skills by exploring a variety of wet and dry media. Through processes that include drawing on multiple different kinds of surfaces – from paper to plastic and wood to fabric--and include collage, monotype and photo manipulation you will be investigating concepts of scale, arrangement, presentation, and the ideas of deconstruction and reconstruction. We will also be engaging in discussions about the work of significant historical and contemporary artists and art movements who have pushed the boundaries of their media. 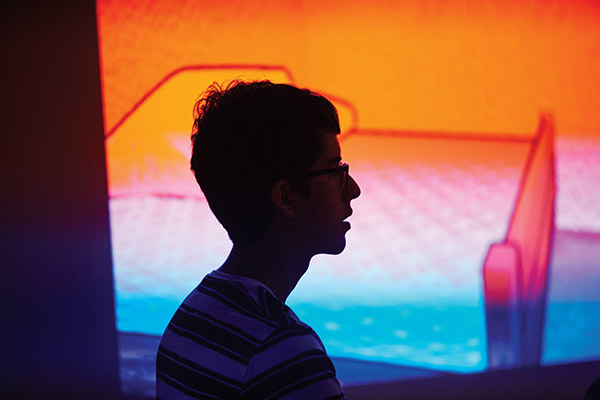 Develop your own ideas while creating strong, portfolio-quality work exploring new materials and methods to expand your skills in areas such as drawing, painting, sculpture, and installation.

Explore a range of creative strategies used by contemporary artists in this interdisciplinary course. Develop your own ideas while creating strong, portfolio-quality work exploring new materials and methods to expand your skills in areas such as drawing, painting, sculpture, and installation. Create individual projects based on your interests, learn to articulate your ideas verbally and in writing, and develop strategies to produce work that fully represents you as an artist. Presentations and critiques will supplement your studio coursework. This course is intended for students with previous experience and a strong interest in the visual arts who want to add new work to their portfolio. Students are encouraged to bring their own digital camera, tablet, and/or laptop for homework.

-Earn college credits that may be transferred to whatever college you choose to attend.
-Successful completion of the program waives the portfolio requirement for admission to SAIC’s undergraduate program.
-A larger number of ECPSI students receive top merit to our undergraduate degree program.
-Students create portfolio-ready work to enhance their admissions portfolios.

View our ECP in Mumbai brochure!

SHAURYA KUMAR:
Shaurya Kumar is a native of Delhi where he studied painting and printmaking at the College of Art. He’s an artist, a teacher, and a researcher. As a researcher, Shaurya has been involved in numerous prestigious projects, such as “The Paintings of India” (a series of 26 documentary films on the painting tradition of India); “Handmade in India” (an encyclopedia on the handicraft traditions of India); and digital restorations of 6th century Buddhist mural paintings from the caves of Ajanta. Shaurya’s work has been exhibited around the world, including recent solo exhibition in India, Taiwan and Argentina. He is represented by Lakeeren gallery in Mumbai and has installed one person exhibitions in there as well as the Dr. Bhau Daji Lad museum. He was included in a major exhibition at Gallery Odyssey in Mumbai alongside artists like Atul and Anju Dodiya, and Jitish Kallat. His new series of drawings were recently installed at Kriti gallery in Varanasi and during the India Art Fair with Raza Foundation. He’s also exhibited at the Museum of Contemporary Art in Chicago and held a large solo exhibition at NIU Art Museum.

CLAIRE ASHLEY:
Claire Ashley’s work investigates inflatables as painting, sculpture, installation and performance costume. These works have been exhibited nationally and internationally in galleries, museums, and site-specific installations, performances, festivals, and collaborations. Claire received her MFA from the School of the Art Institute of Chicago, and her BFA from Gray’s School of Art (Aberdeen, Scotland). Originally from Edinburgh, Scotland, Ashley is now Chicago based, and she teaches in the Department of Contemporary Practices, and the Department of Painting and Drawing at SAIC. Her work has been featured online in VICE, Hyperallergic, and Artforum, and in magazines such as Sculpture Magazine, Art Papers, Boston Globe, Chicago Tribune, Time Out Chicago, Yorkshire Post, and Condé Nast Traveller (European).

At the end of the two week session, students in the Mumbai Early College Program will have the opportunity to have their work exhibited at Project 88, a distinguished gallery in Mumbai’s art district. Project 88 inhabits 4000 square feet of what was formerly a century old metal printing press in Colaba, Mumbai, with a roster of some of the most thoughtful and exciting artists working in the Indian subcontinent today. Students and their parents, along with distinguished alumni of SAIC, will be present for opening night.

Tuition/Credit:
$2,300 USD-two college credits
$930 USD-non-credit tuition (current 9th graders only)
Supplies are included. Students are encouraged to bring their own packed lunch with them to school.

College Credits: Students must be at least 15 years old and not older than 18 years of age, and have completed their sophomore year of high school to enroll in the Mumbai ECP Summer Institute. Upon successfully completing the program, students will receive college credits that may be transferable to other accredited institutions.

How to Register for the Early College Program in Mumbai

Step 2: Payment for the $2,300 USD tuition for 2.0 college credits or $930 for non-credit tuition (for current 9th graders only)  is due two weeks after registering via Wire Transfer.