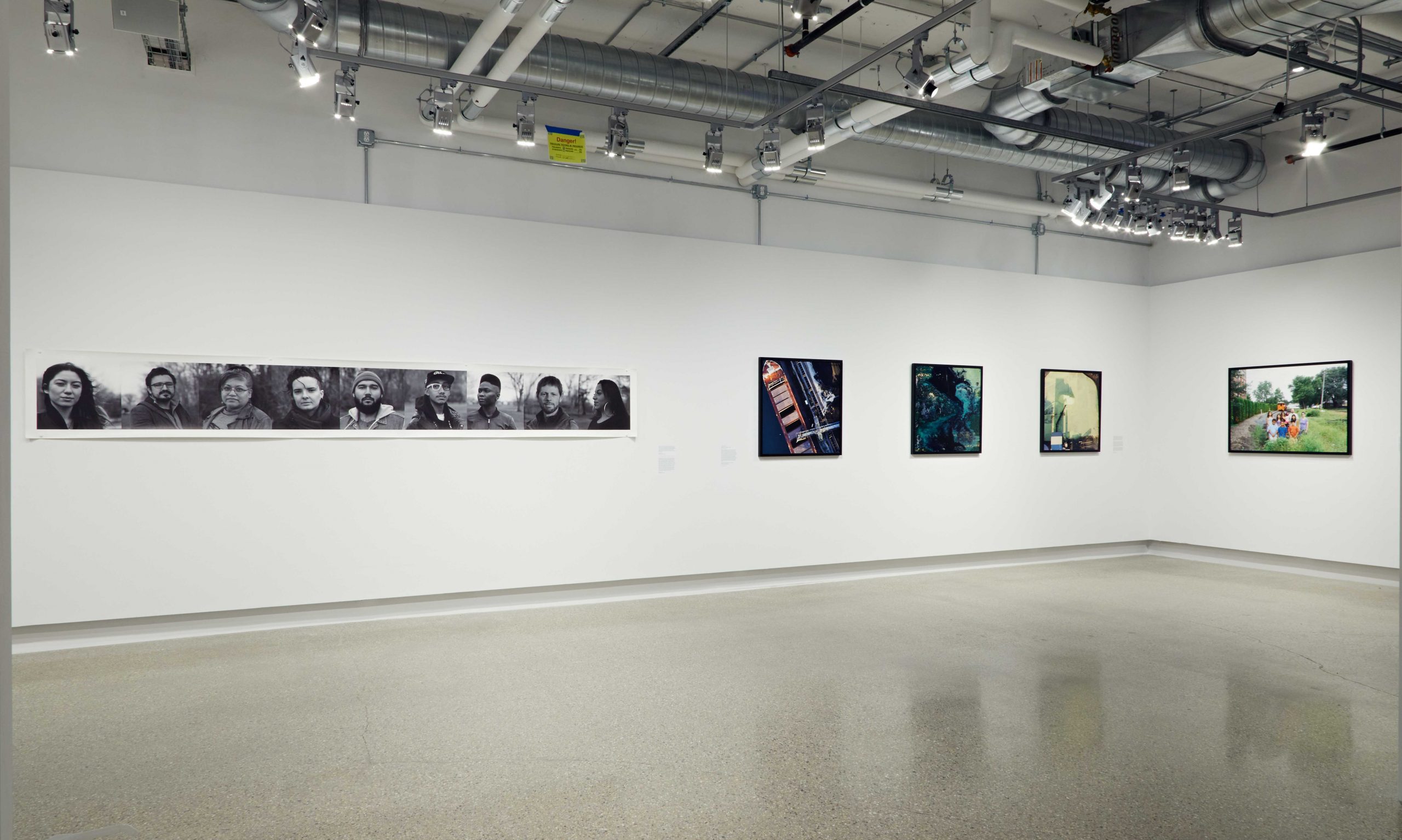 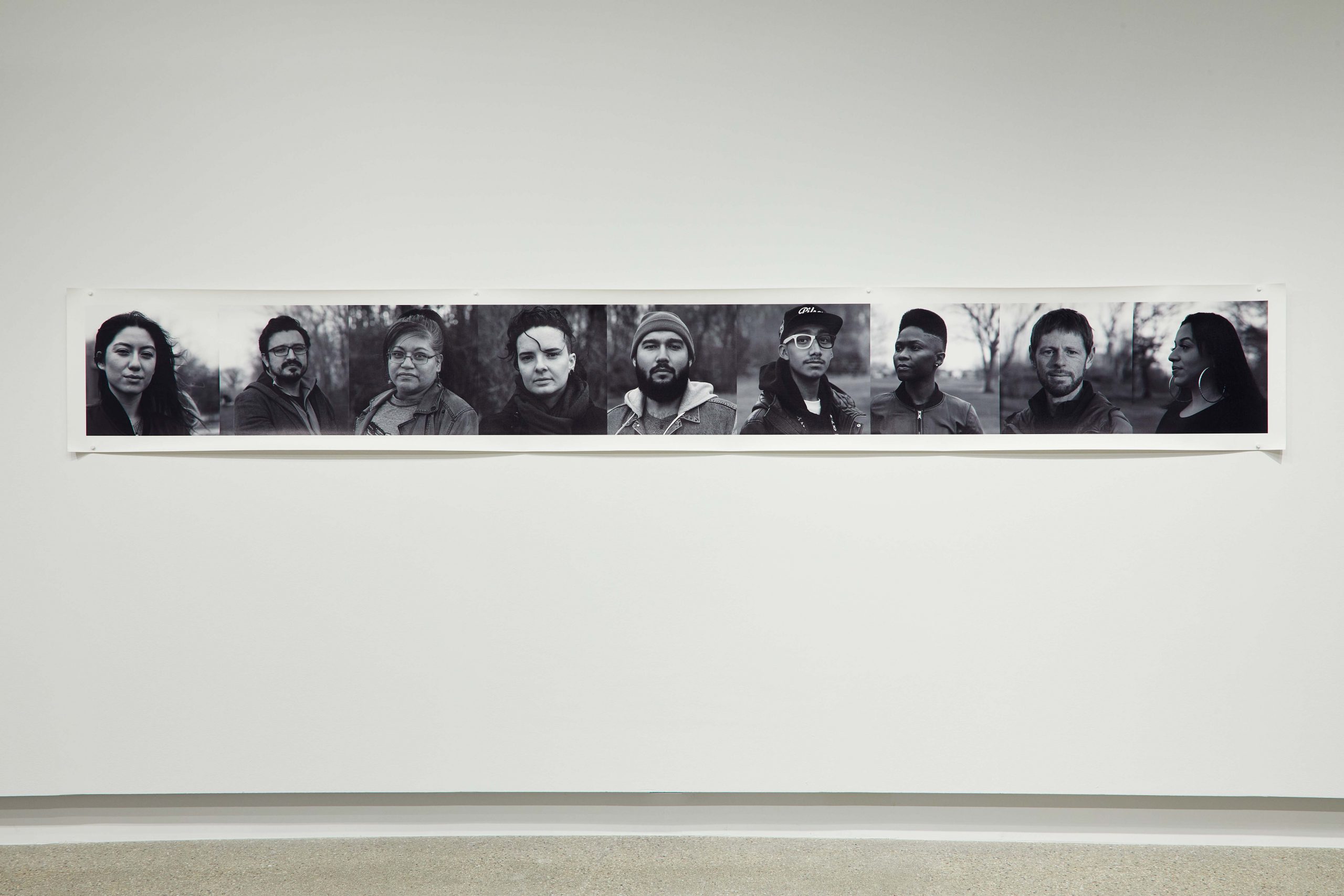 Hunger Strikers for Southeast Side (2021), Archival inkjet print on canvas

“It was physically demanding, but I wasn’t prepared for the emotional pain, questioning if I was doing enough, pushing my health and that’s what these systems cause; make us question our worth. It was nights of no sleep, falling asleep in the bath, worried faces around me when I couldn’t remember yesterday’s events. But we made it through because of the love from our community helping us endure this trauma.”

“That the General Iron relocation from Lincoln Park to the South East Side was able to get close to approval before a serious reckoning with the cumulative pollution burdens borne by southeast side residents is sobering proof of the systemic environmental injustice that plagues Chicago. Three committed activists went on a hunger strike on Feb 4th, and, as the days went on, the numbers grew to a dozen people refusing to eat in order to bring attention to the lack of transparency, participation, and fairness of the City of Chicago’s permitting process for the relocation of General Iron. Hunger strikers were willing to risk their wellbeing during a global pandemic to put an end to racist zoning policies that have continued for decades. The hunger strike is over now – after 30 long days. The campaign, however, continues resisting the proposed site for the massive industrial metal shredder that would be next to residential areas, schools, parks, and the Calumet River.” 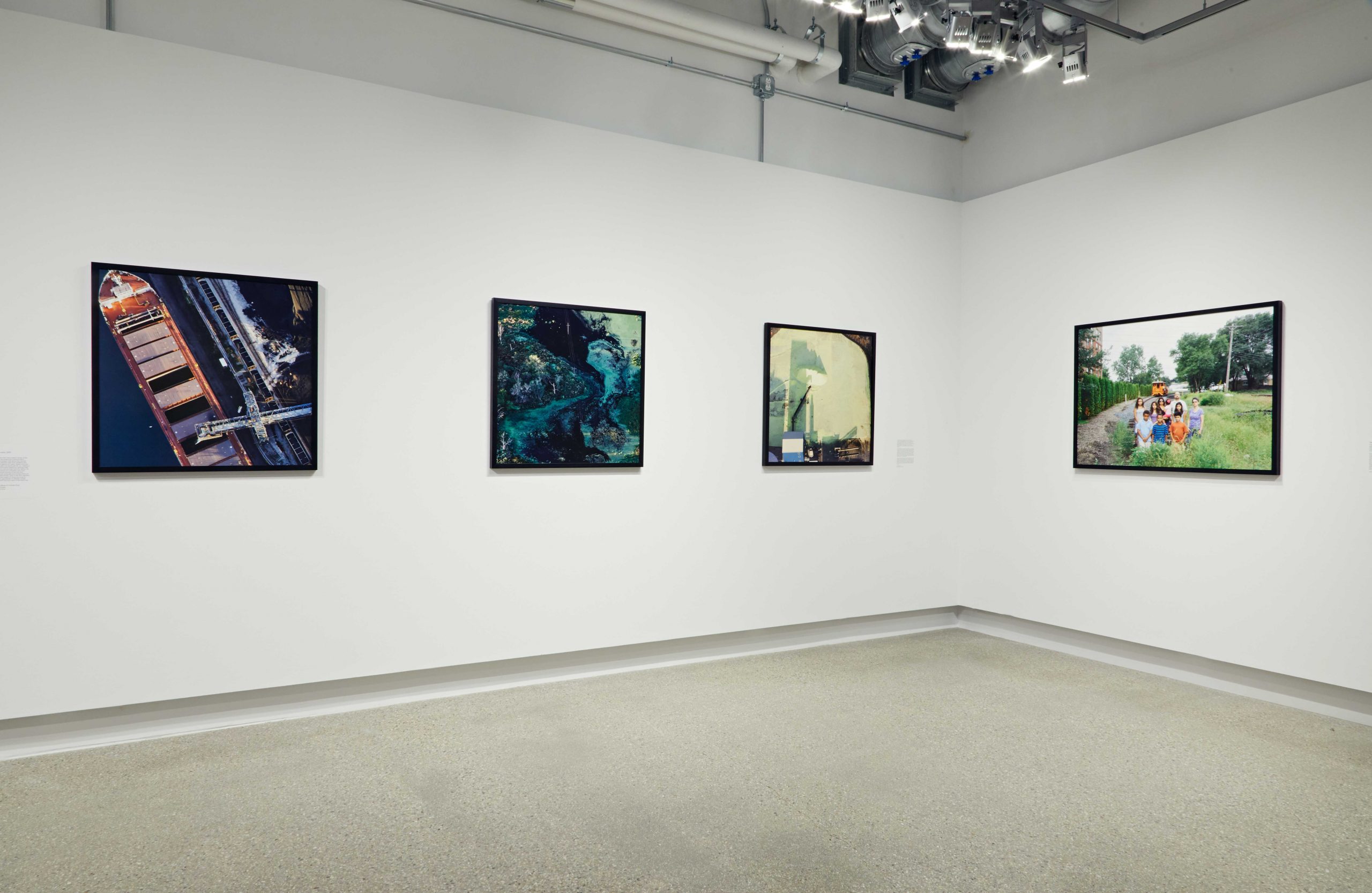 “Petroleum coke is a waste product of the oil refining process. BP’s Whiting Refinery produces an average of over 2 million tons of petcoke annually. This fine black dust is then shipped through the homes, schools, and parks of Chicago’s Southeast Side, a low-income community of color. When petcoke was stored in giant open piles on the Southeast Side, clouds of black dust blew into homes and gardens. The Southeast Side community has long been burdened by industrial pollution. Several sites that stored petcoke in the community were owned by Koch affiliate KCBX and a local company. The open storage of the piles of petcoke adversely impacted air quality in the community and posed a public health hazard to nearby residents, which caused a public uproar. Over the course of months, grassroots organizations fought hard to ban the open storage of petcoke and prevent health risks to future generations. Although petcoke still passes through the neighborhood, the change in local law bans the outdoor storage and is seen as a significant example of the power of environmental justice organizing. The Southeast Side has fought against being an environmental “sacrifice zone” and deserves an opportunity of investment and development that uplifts and sustains the area.” 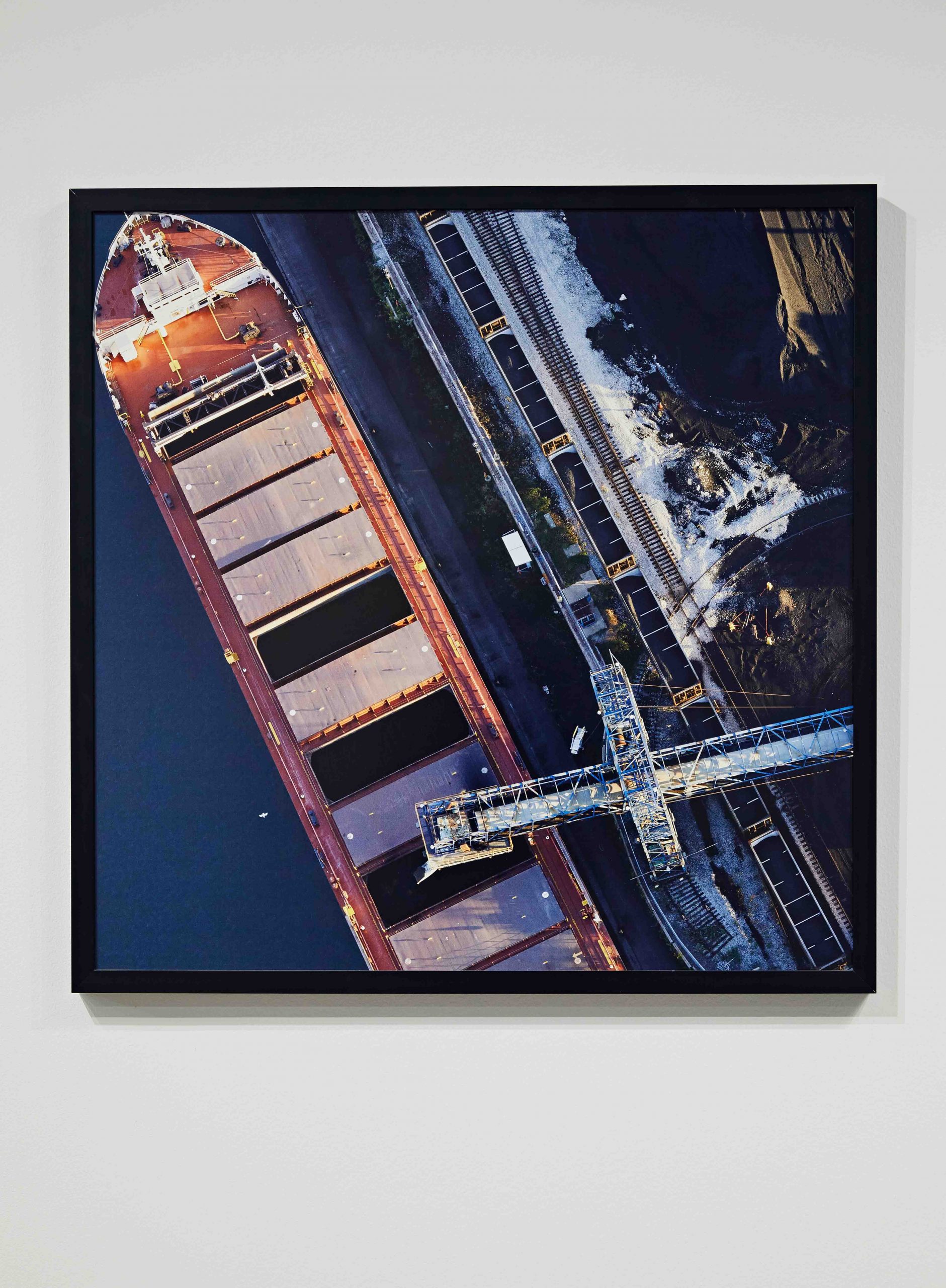 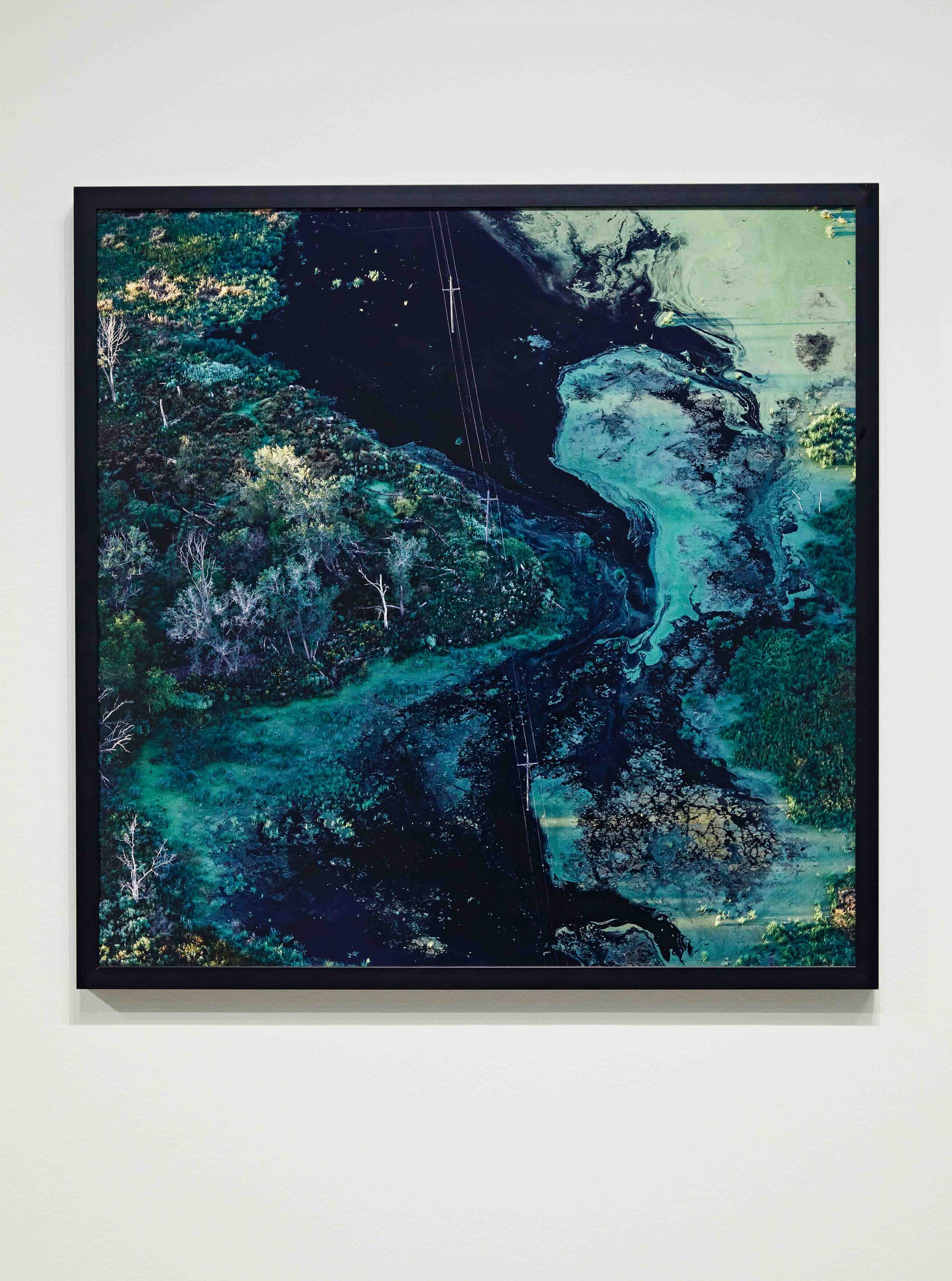 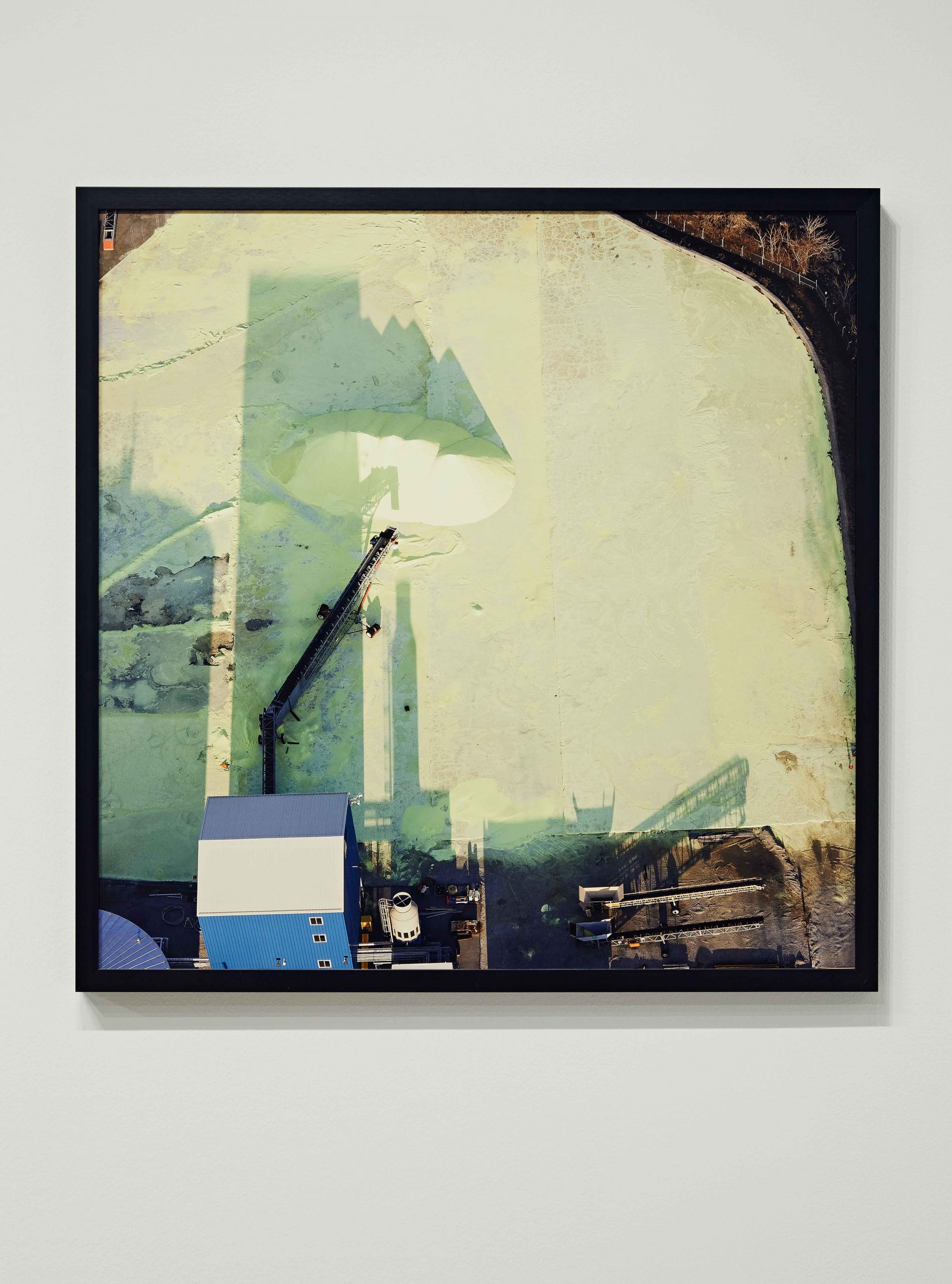 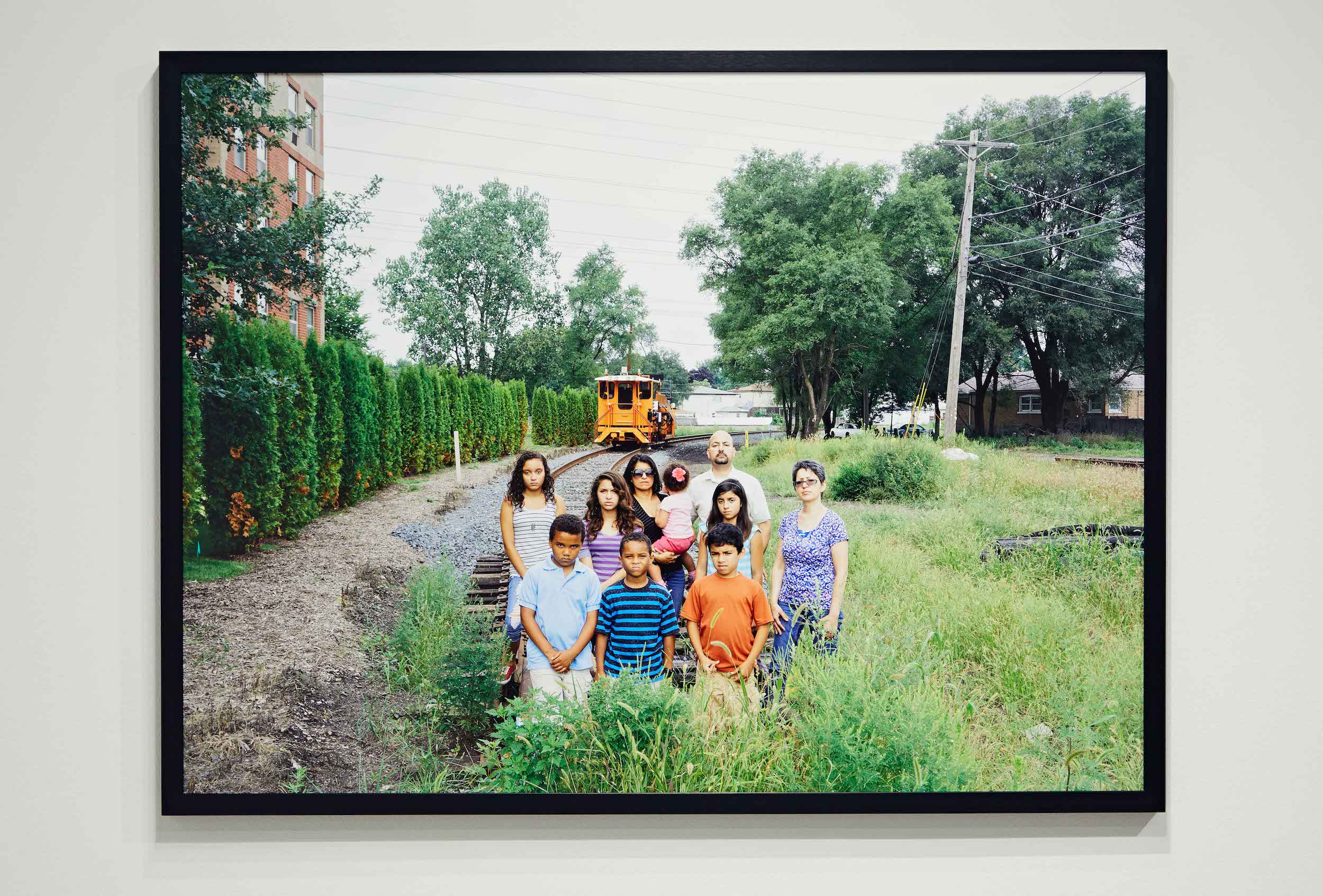 Terry Evans photographs the prairies and plains of North America. Combining both aerial and ground photography, she delves into the intricate and complex relationships between land and people, especially where local people’s landscape is threatened by corporate industrialization including the Southeast side of Chicago. She has recently photographed, over three years, a 300 year old Bur Oak tree in Chicago’s Jackson Park and protected prairies in the Midwest.

Her work is in many museum collections including the Art Institute of Chicago, Nelson Atkins Museum of Art, Museum of Modern NY, San Francisco Museum of Modern Art, The Field Museum, Whitney Museum and many more. Her books include Revealing Chicago, An Aerial Portrait and Heartland: The Photographs of Terry Evans. She is a Guggenheim Fellow.