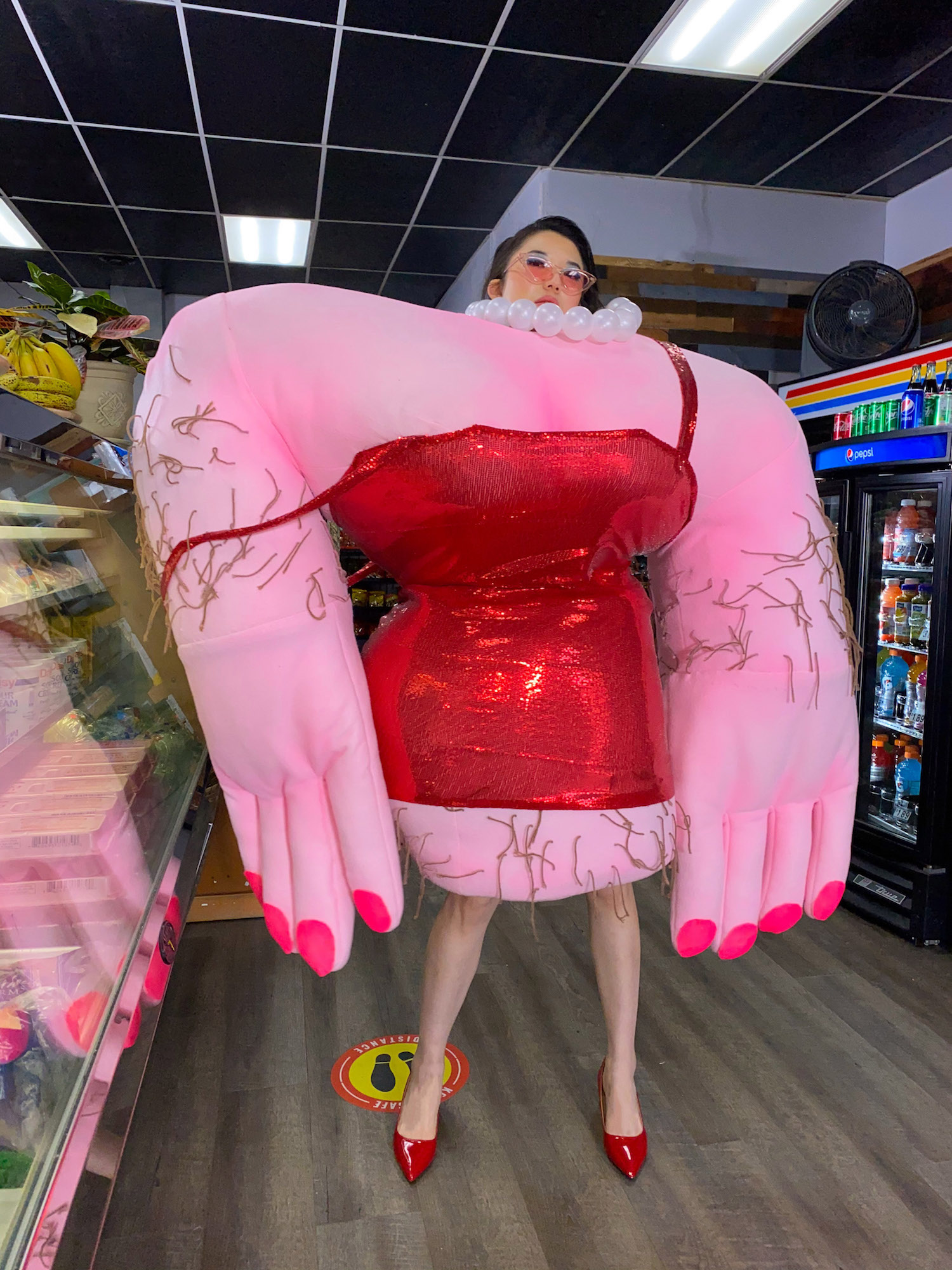 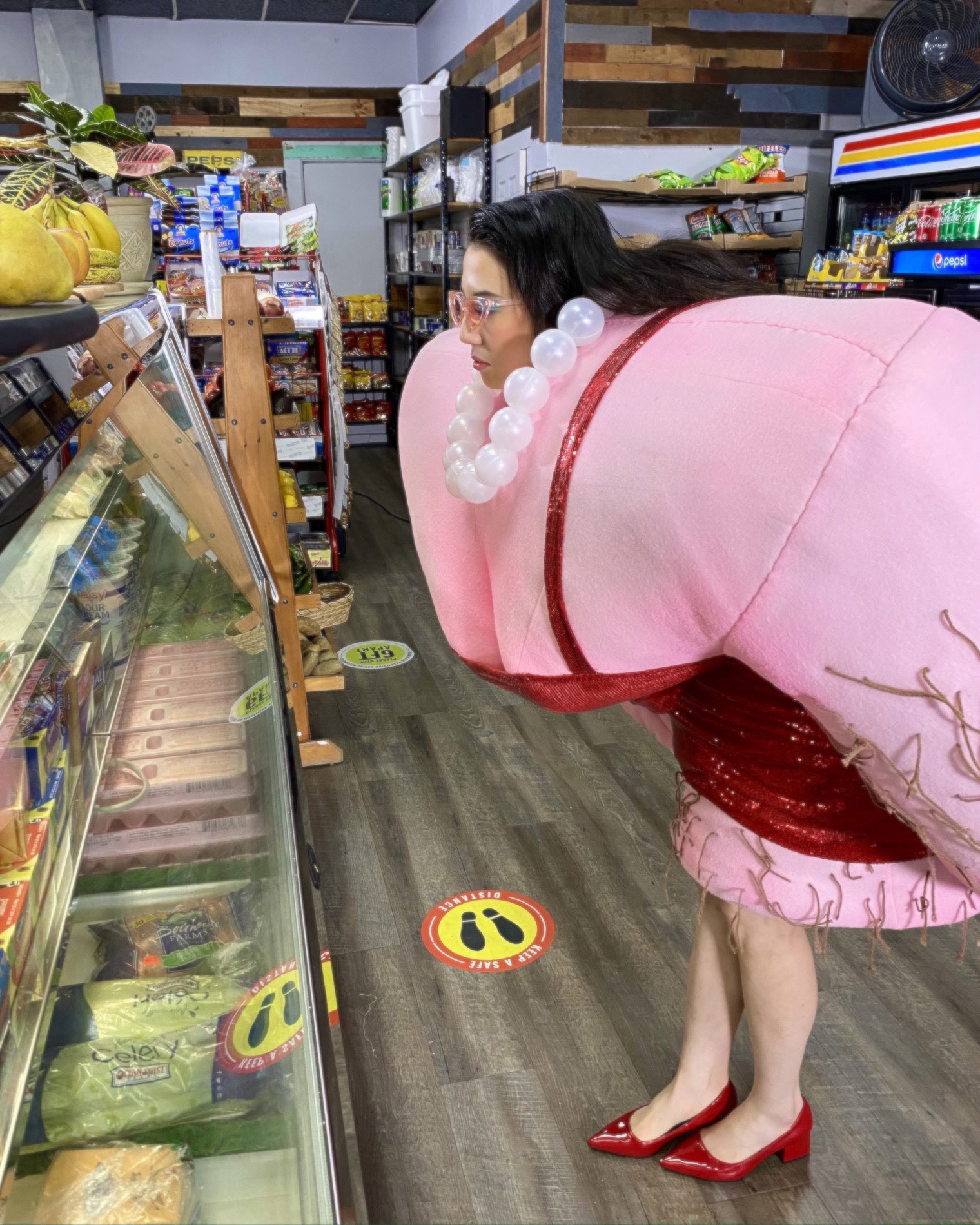 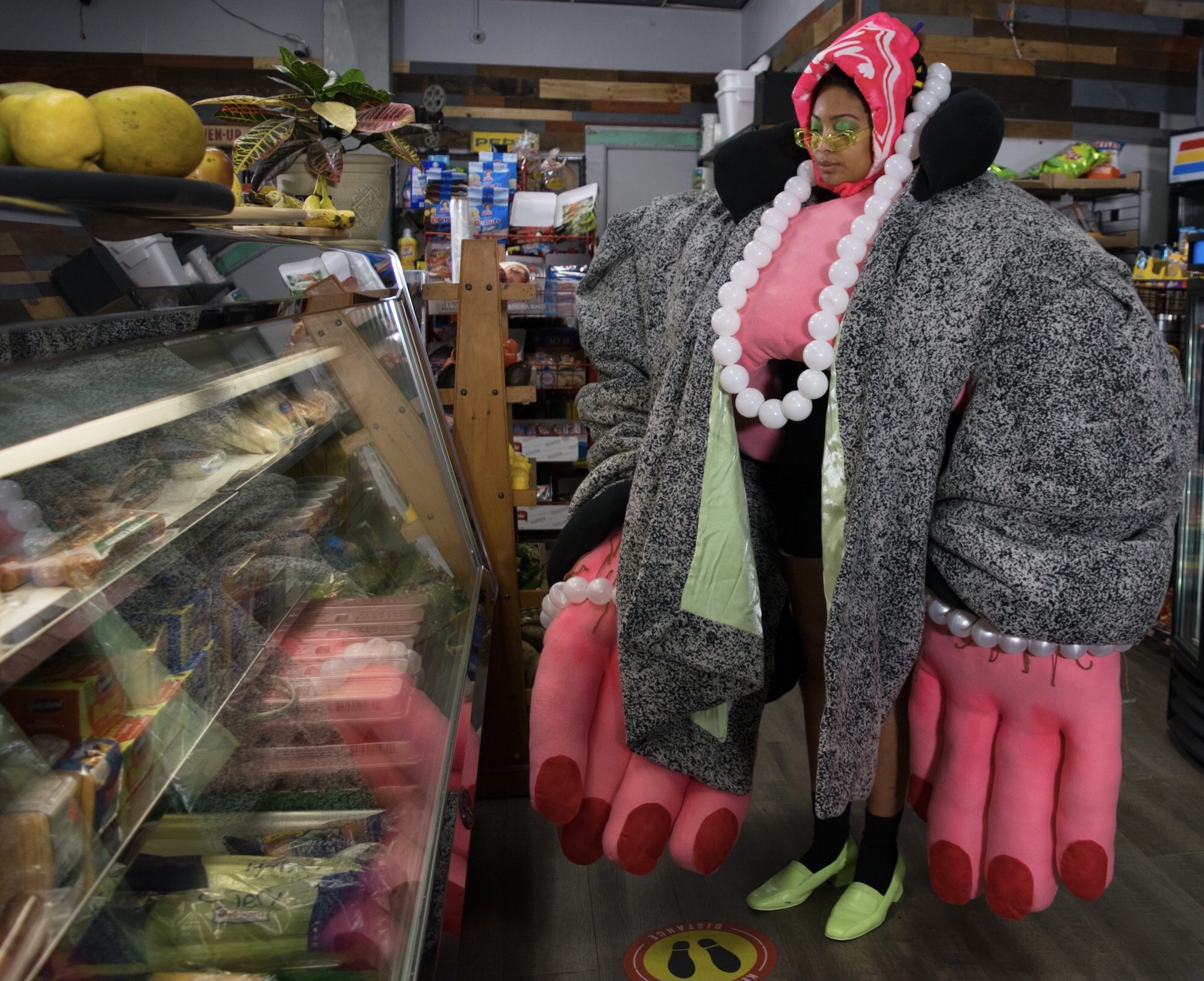 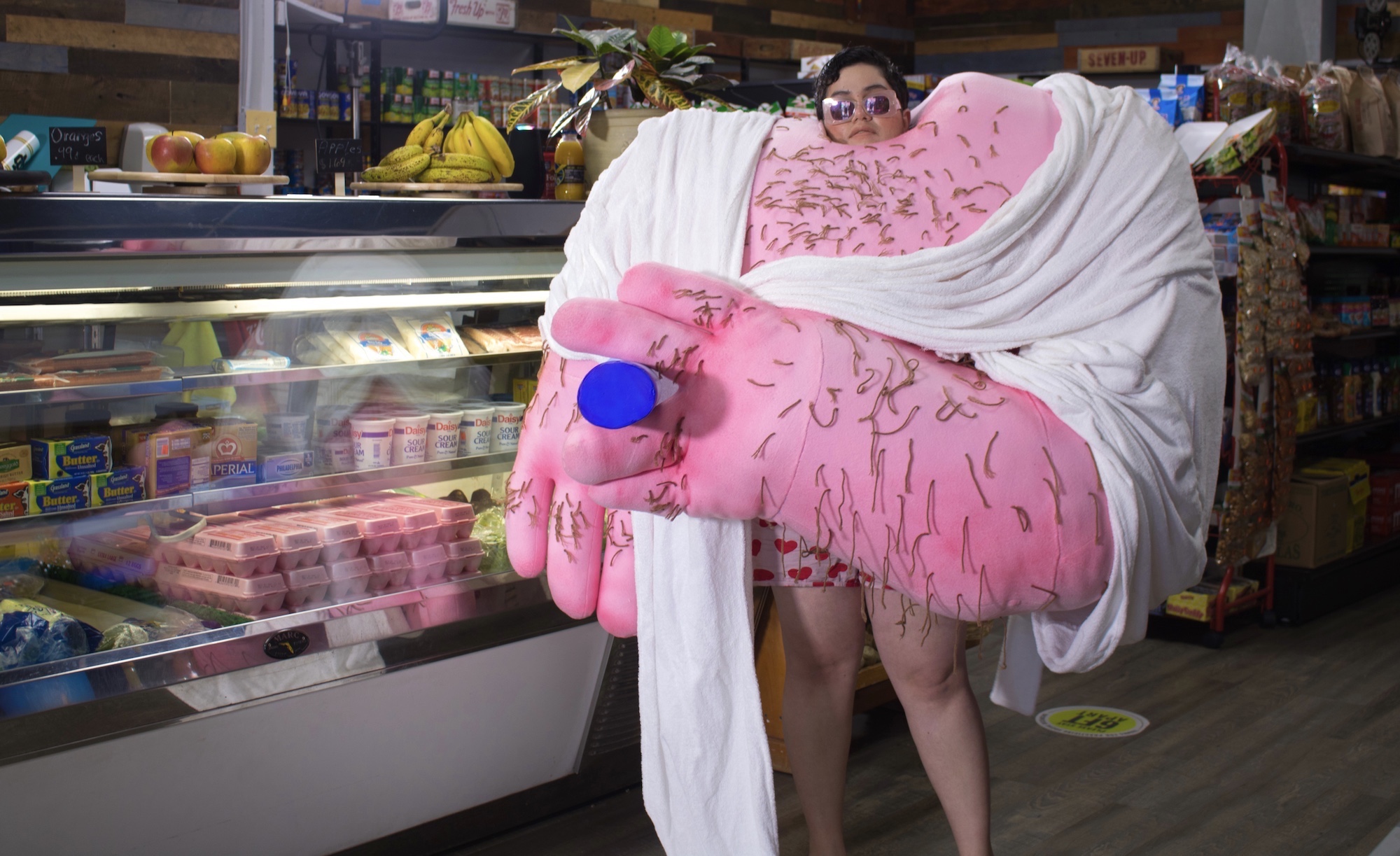 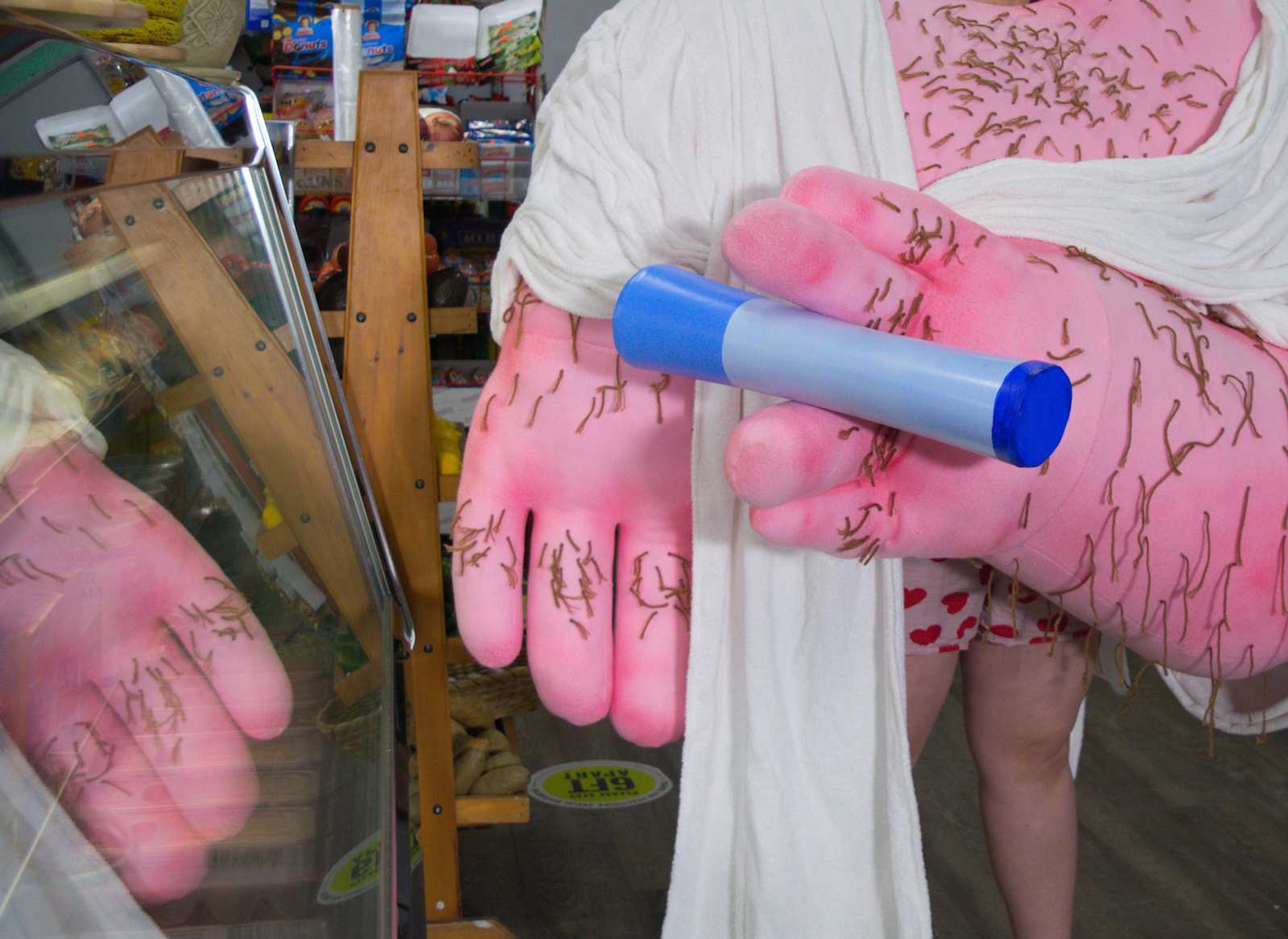 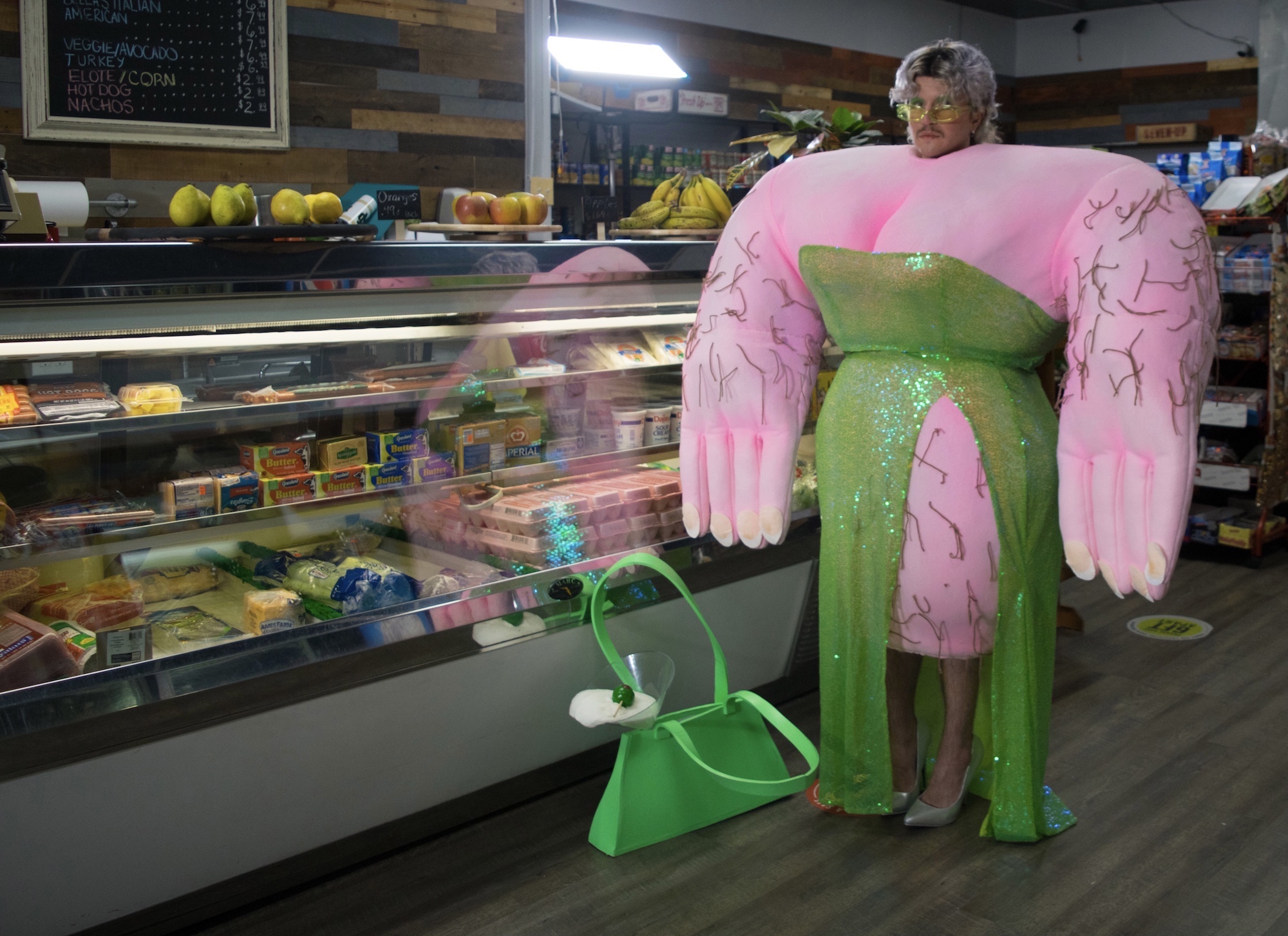 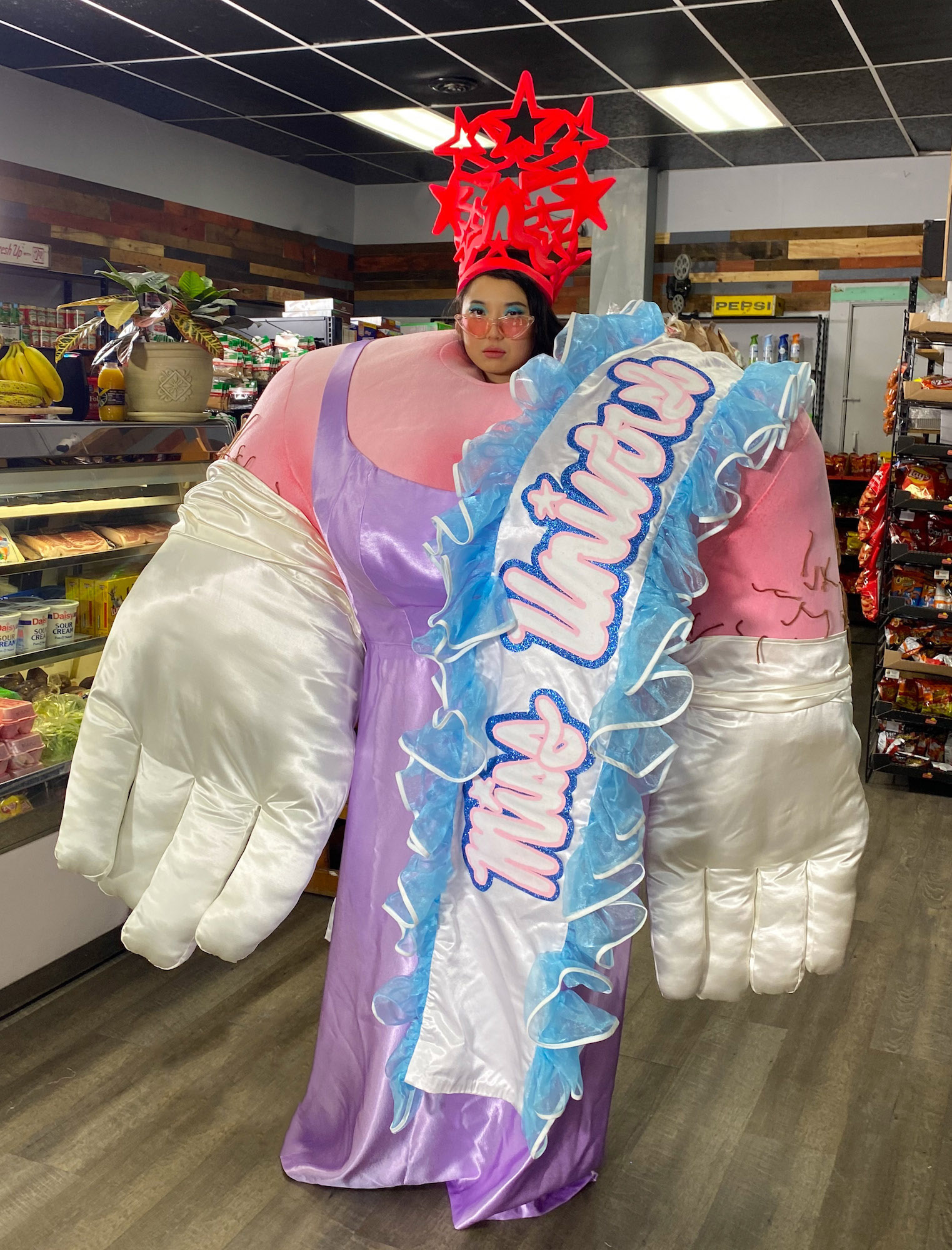 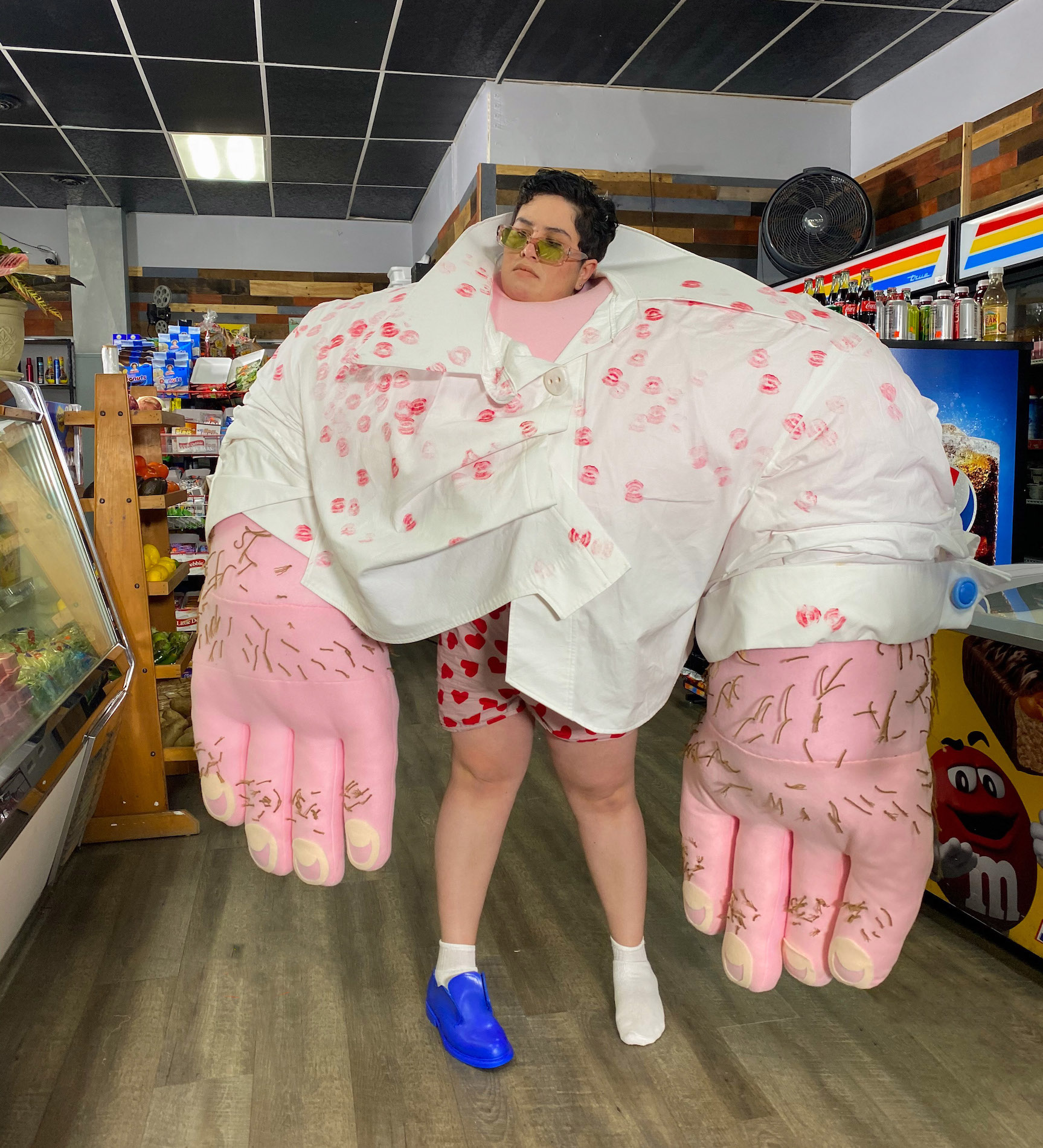 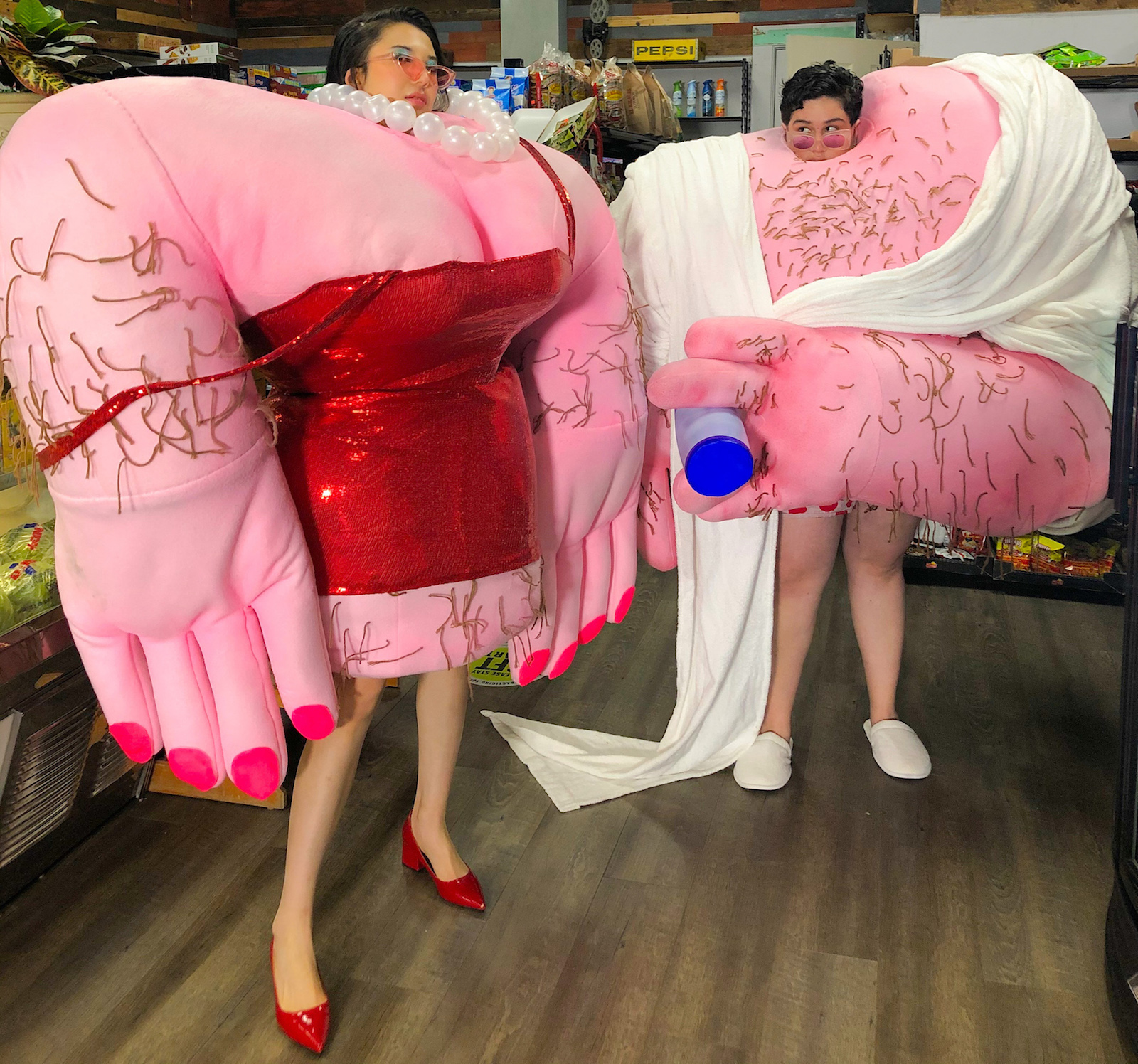 Makeup by Candace Michelle Beauty and Trent @soi_is_sauce via Instagram.

Concept Statement:
How many egos can you fit into a 10 bedroom mansion? For my Senior thesis collection, NO PICTURES!!!!!!!!!, I explore the vicious effects of the cult of celebrity, both on the object/person worshipped and the worshipper. My process began with obsessively pouring through the monographs of infamous paparazzi Ron Galella, Bruno Mouron, and Pascal Rostain. Their endless bodies of works contain rich snapshots of celebrity life. From black tie gala events, to leisurely beachside vacations, the featured celebrities are relentlessly stalked. I became entranced by this parasitic relationship. Celebrities clad in comically large sunglasses, allowed little to no privacy, mythologized beyond their control. If your entire self belongs to the public, what are you left with?
Drawing from these controversial photographs, I began designing 8 celebrity characters. Initially, this was in the form of illustration. I brought to life men and women in ridiculously garish costumes through colored pencils and airbrush. These drawings allowed me to try on the many stiff poses of photographed celebrities which became essential to my collection. I investigated materials such as Polartec fleece, often used in the production of mascots and muppets to create the impression of cartoonish flesh. My research and resulting collection amalgamated into the production of my own celebrity mascots.

Artist Statement:
Giving each other new shape, color, and identity, clothes and the bodies that wear them are constantly informing one another. To what extent can this be manipulated? In my work, I play with the limits of the symbiotic relationship between body and garment. I respond to, expand on, and in some places completely overwrite the body of my model, sculpting my own humanesque forms from fluorescent pink fleece and upholstery foam. Earthly proportions are irrelevant as I twist every limb to the point of absurdity. Hulking hands twice the size of a head. A right arm wrapping around the entirety of a torso. When the body of the wearer is distorted past recognition, what is left of the wearer’s identity? The absurdity of my garments gives the wearer the opportunity to become a caricature of themself, relieving them of the burden of the everyday. Their very identity becomes spectacle. They shed their humanity at the door to become living, breathing jokes, giving them the opportunity to admire their reflection and laugh at themselves and their new form.