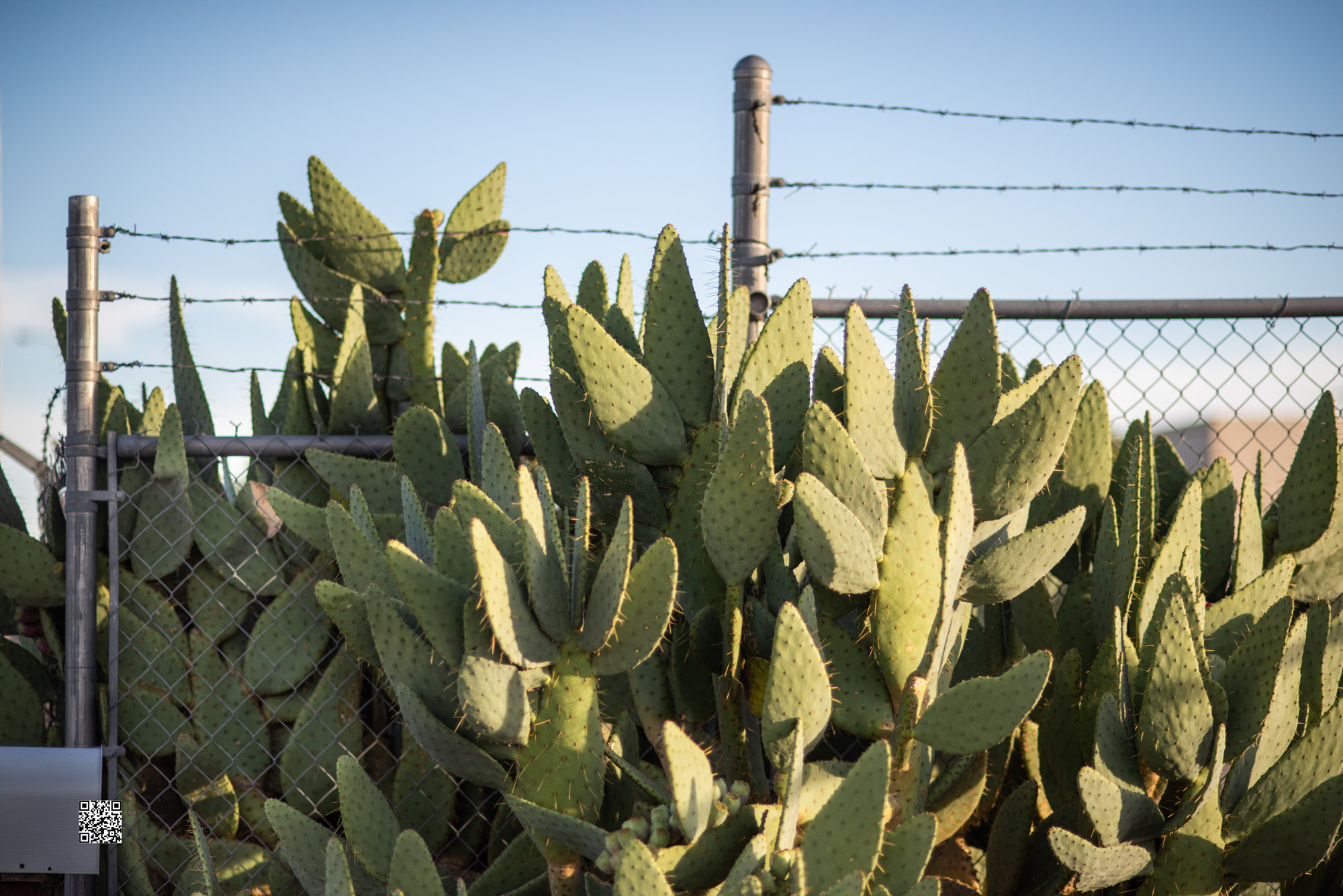 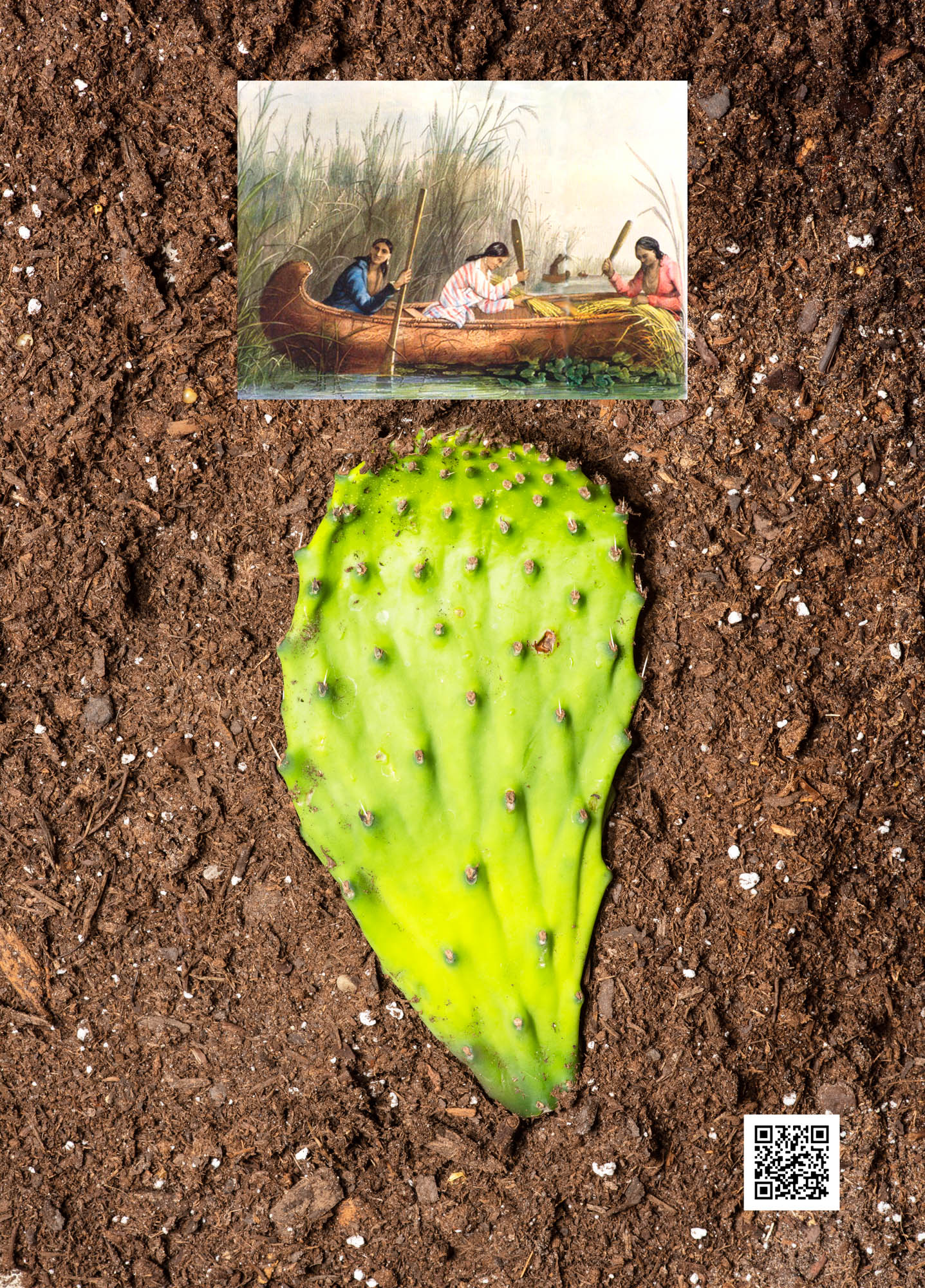 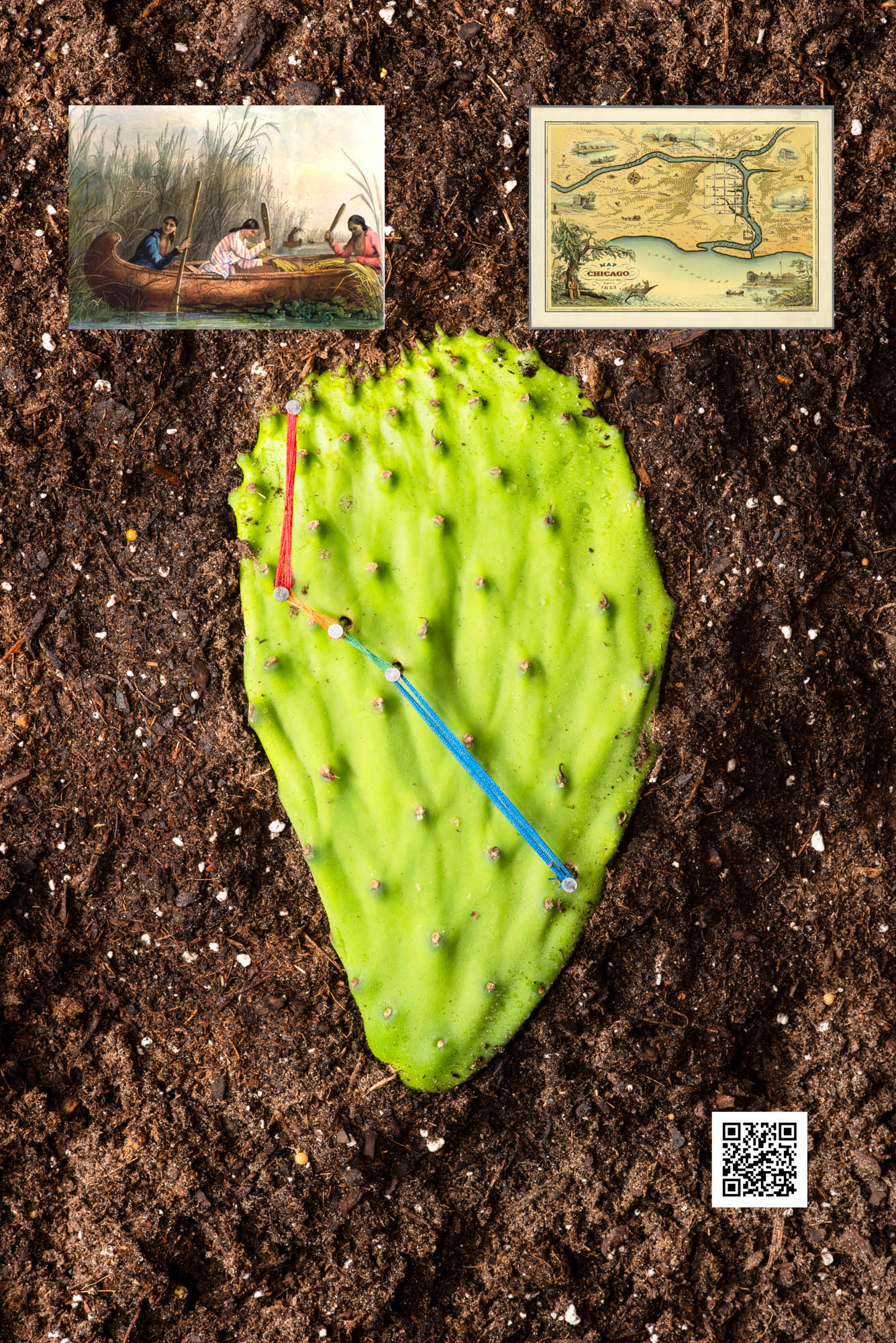 Being in nature helps me ease back into myself from depression, so finding some nature in the city helped me. I started wondering what the landscape of Chicago would be if it wasn’t a city. I did some research and found that one of my favorite plants and foods is native to Chicago, nopales (cactus). It has dissipated over time but can still be found in certain areas where it is usually kept. I found maps of Chicago during colonization where Indigenous people were mapped. And I learned that major streets, such as Clark Street, were originally Indigenous travel ways, but overtaken and named. These findings lead me to the river. What would the river be like today if there was no city? Being from New Mexico, I started comparing my findings to the Rio Grande. Every summer I would swim in the river, along the tall grass, grasshoppers, the cattails, and nopales. My previous bodies of work involved human migration, rule of law, liminality, and appropriation, which all revolved around my father in law being an immigrant from Juarez, Mexico. He had shared his stories with me about crossing the Rio Grande, eating nopales, getting caught by Border Patrol, the border itself, and he too suffered from depression. This is my last body of work to commemorate him -Tonio Salinas, as he has since passed on October 23rd, 2021. Everything became clear that… I’m Already Home.

The nopale has fragments of a migration route from Mexico into the U.S. from a Red Cross map that migrants use and a painting titled Gathering Wild Rice by Seth Eastman 1857 and 1833 Chicago map by Conley & Stelzer. These images were printed on vinyl adhesive and used to appropriate subway platform advertisements or areas in the street. There is a QR code on the image that will take the viewer to a video of the Rio Grande. These nopales were originally laid out on a soil pathway in my studio to represent migration itself, nopales as footsteps on a migration route.