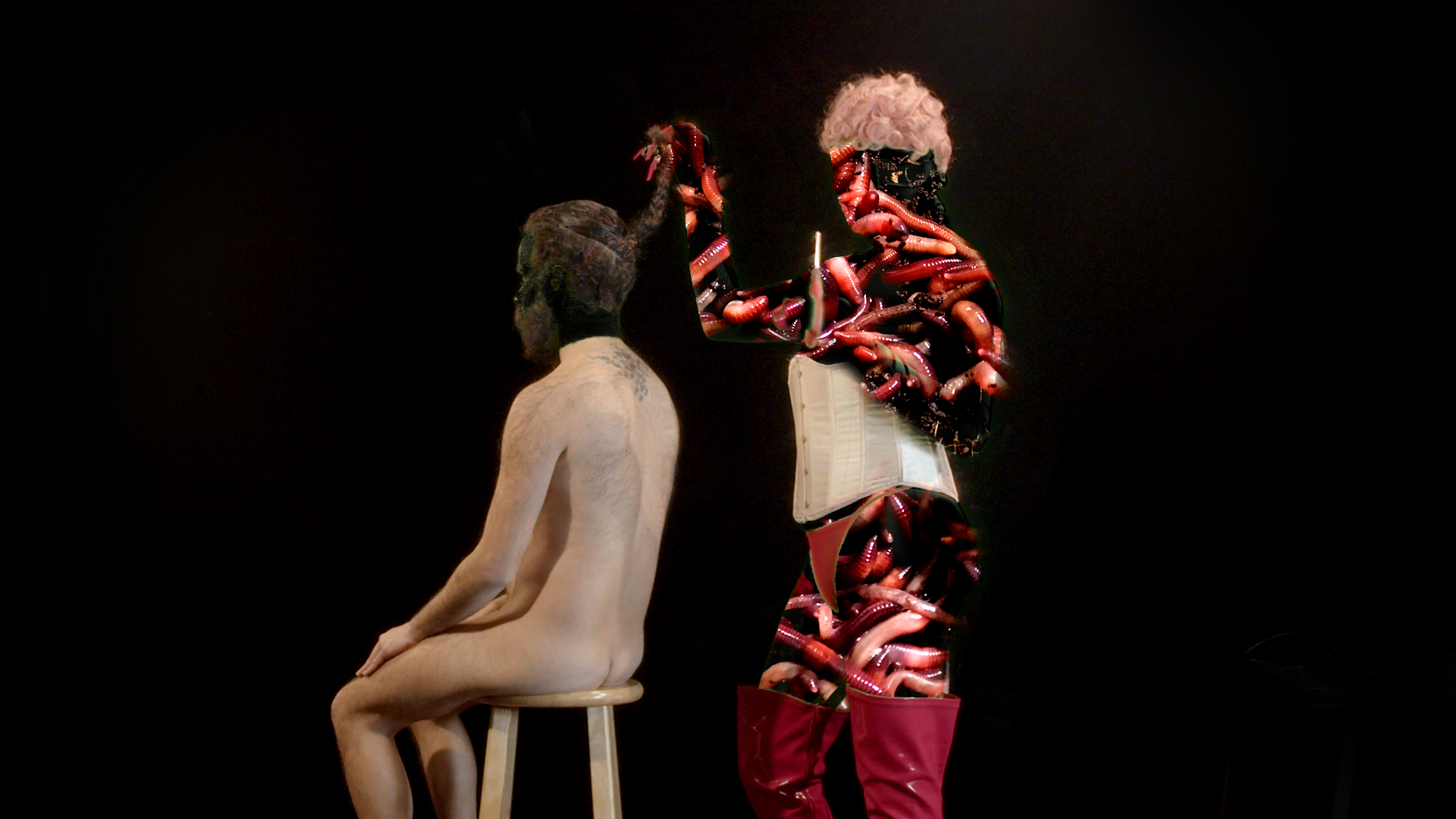 Mostly grounded in environmentalism studies, my work usually relates to a place or a system that I perceive as a microcosm within a global situation. Three interconnected subjects mark my production: decay, death rituals, and frictions between forest and city. It unfolds on: the queer interrelationship of bacteria, earthworms, fungi, plants, and humans as soil-forming agents; the effects of light pollution; family memories and botanical identities; reimagination of Western-Christian death rituals as a response to the denial of death stimulated by the capitalist economy. Following these threads, my work process involves a combination of academic research and playful experimentation. It is always open to how different beings, humans and nonhumans, can collaborate: through digital decomposition/composition, when I decay images or create algorithmically edited films; when decomposing microorganisms allows the production of human keratin fertilizer; and also when I invite the public to participate, whether by learning home composting techniques or walking night trails to find light installations.

Tensioning the limits of moving images, my video works expand to different genres, such as Live Cinema performances, video installations, and experimental films. Over a decade of production, my work has also been manifesting in different media beyond kinetic experiences. I believe that each work demands its own aesthetic and techniques. Thus, with each new project, I face an exploratory stage – I always have to learn something new, from techniques of mycology, animation, permaculture, or programming, which also creates opportunities for interdisciplinary collaboration and indeterminate encounters. Therefore I could say that my work is based on the premise of being experimental and generative – often emerging from unforeseen results thanks to the contribution of biological, digital, and electronic systems. By understanding art as an aesthetic-political tool, I see experimentation as a state of becoming in which we can think of ways out of the infinite socio-environmental crises generated by capitalism.