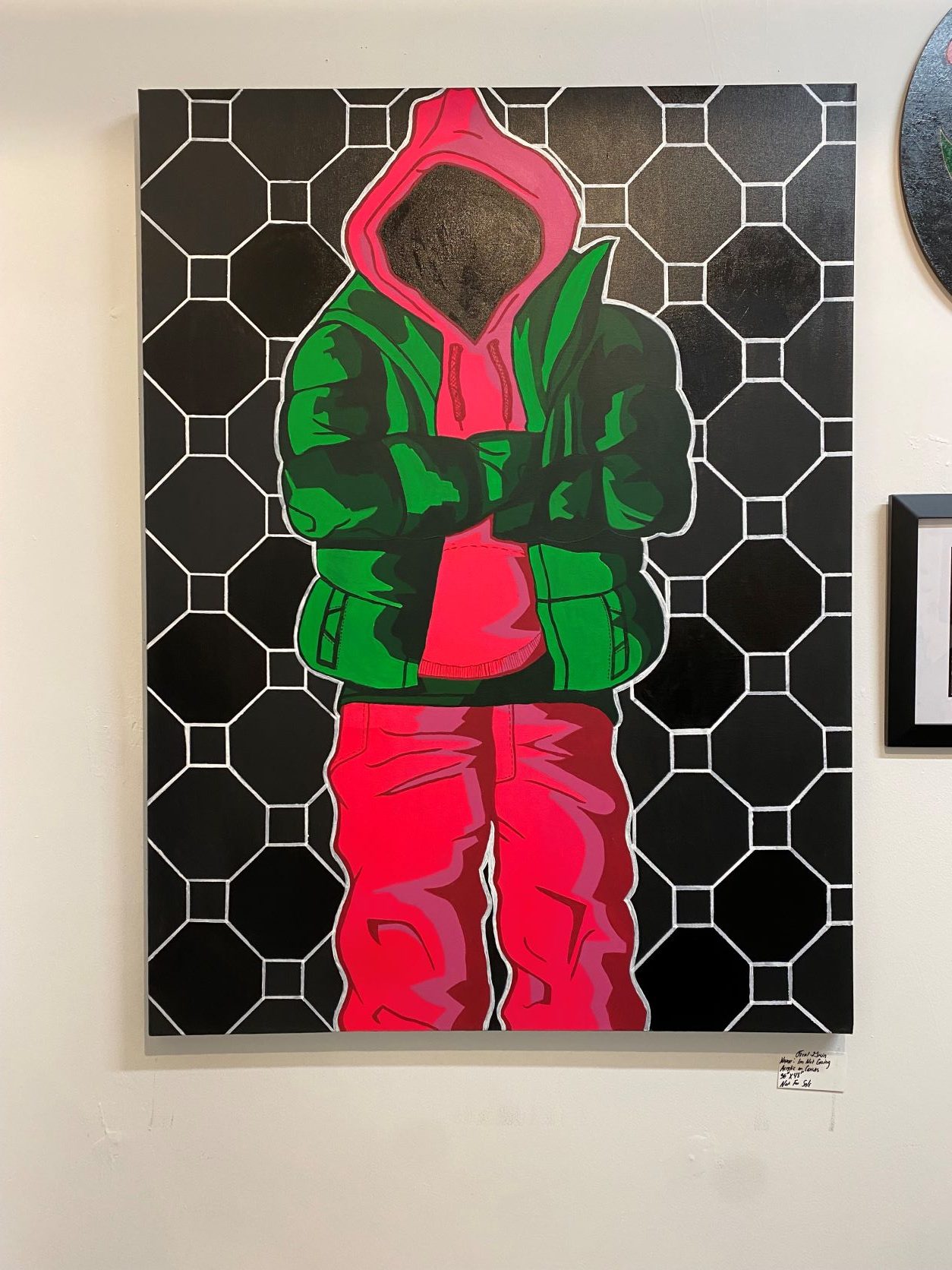 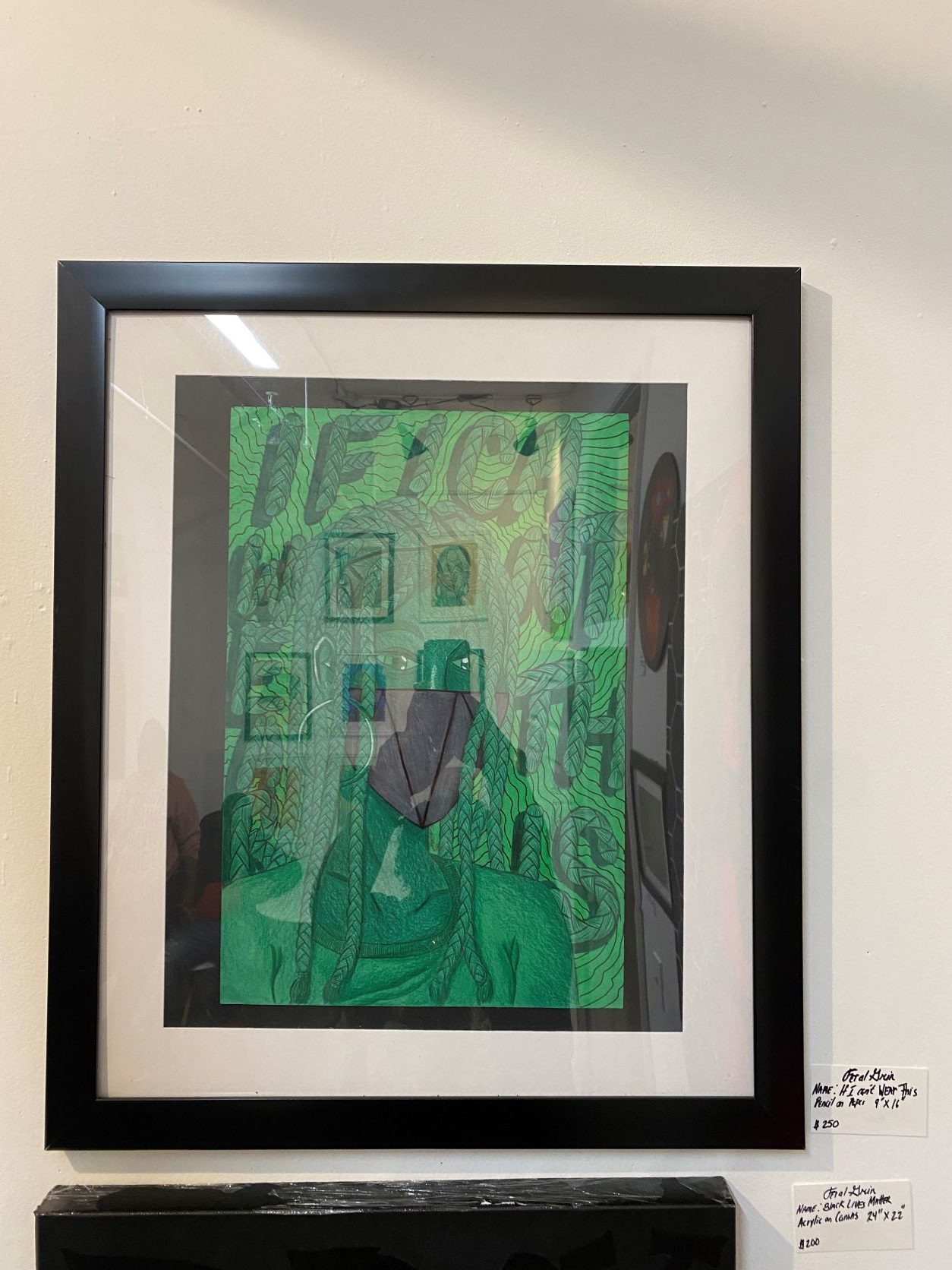 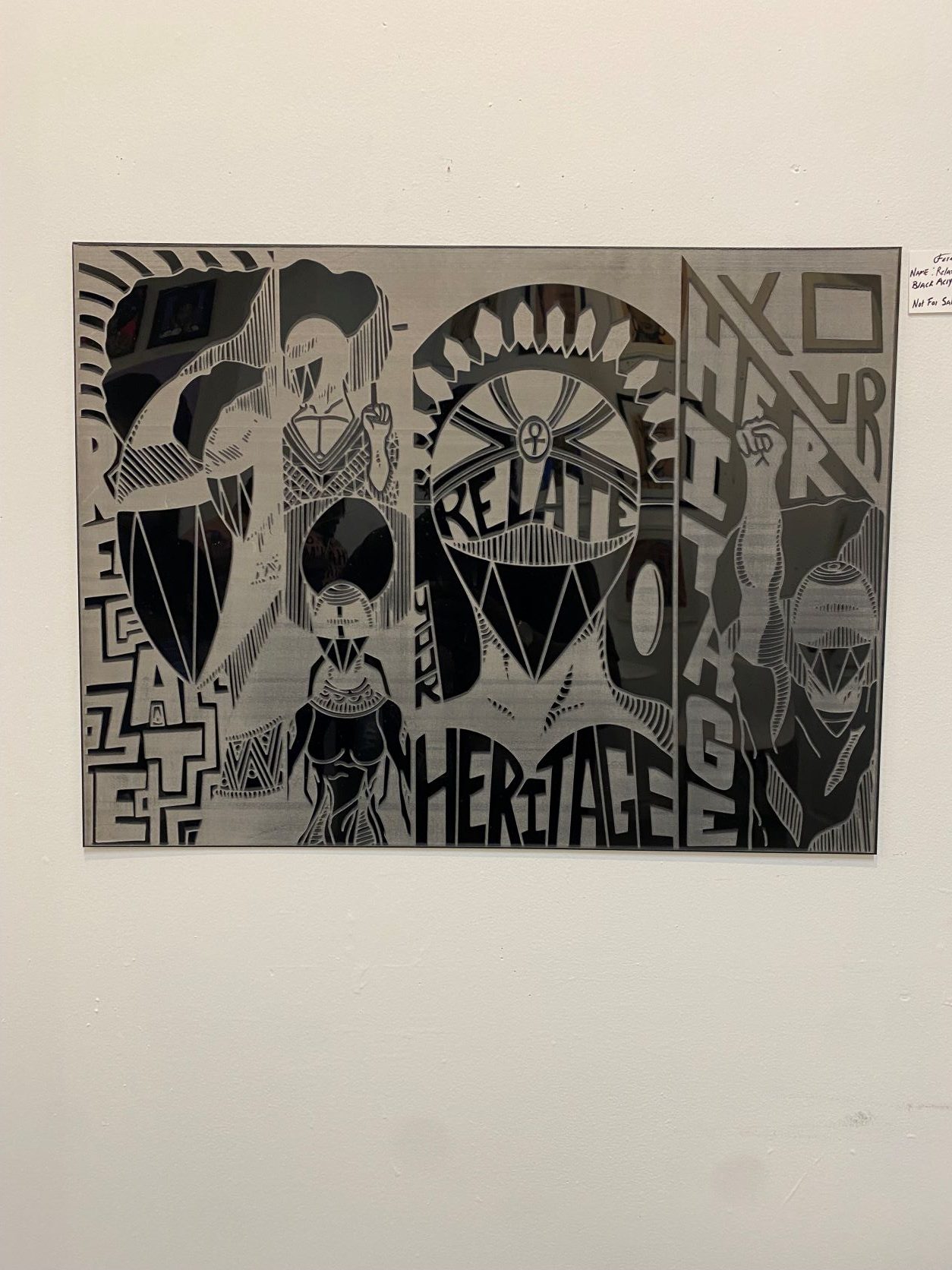 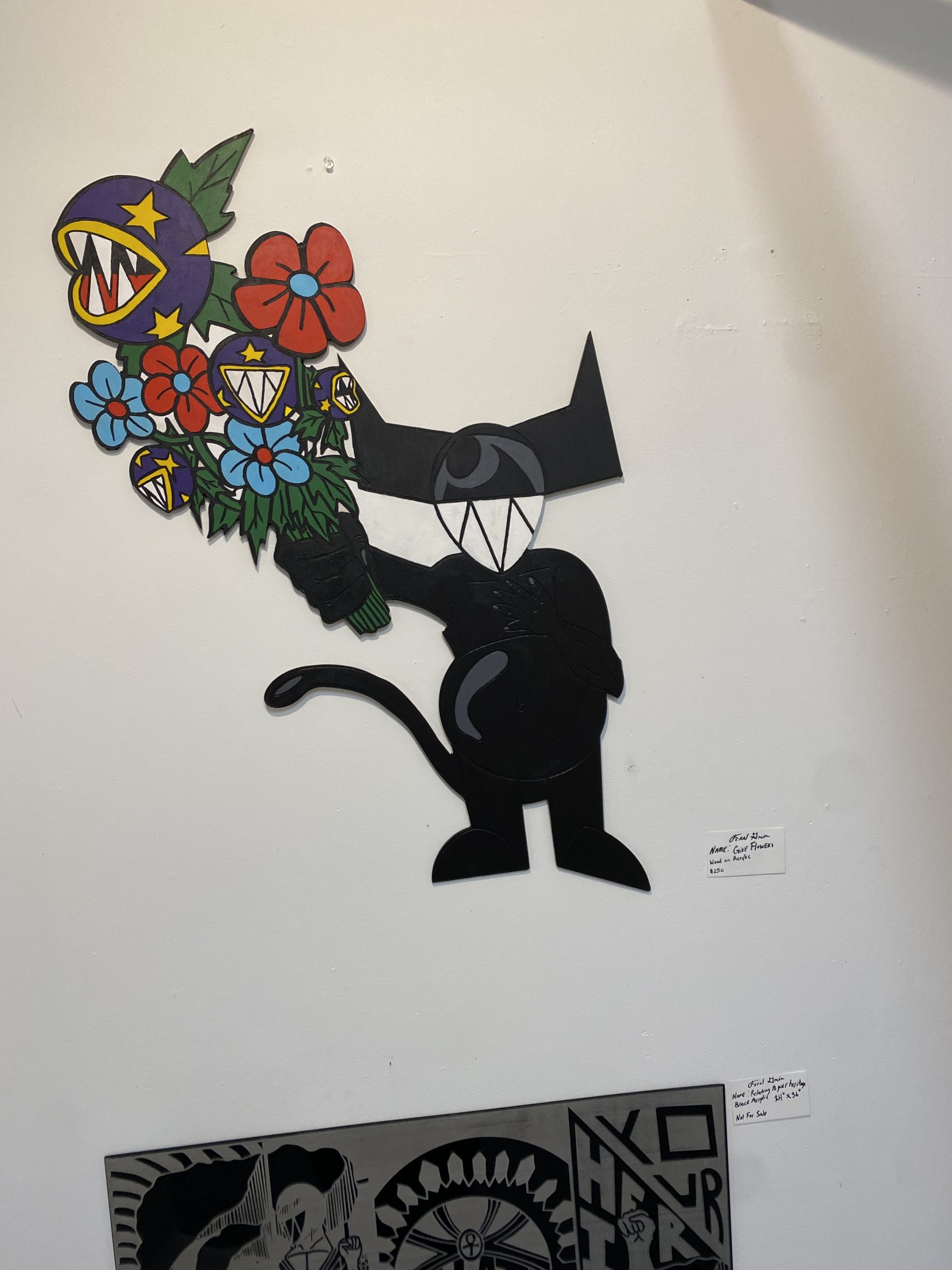 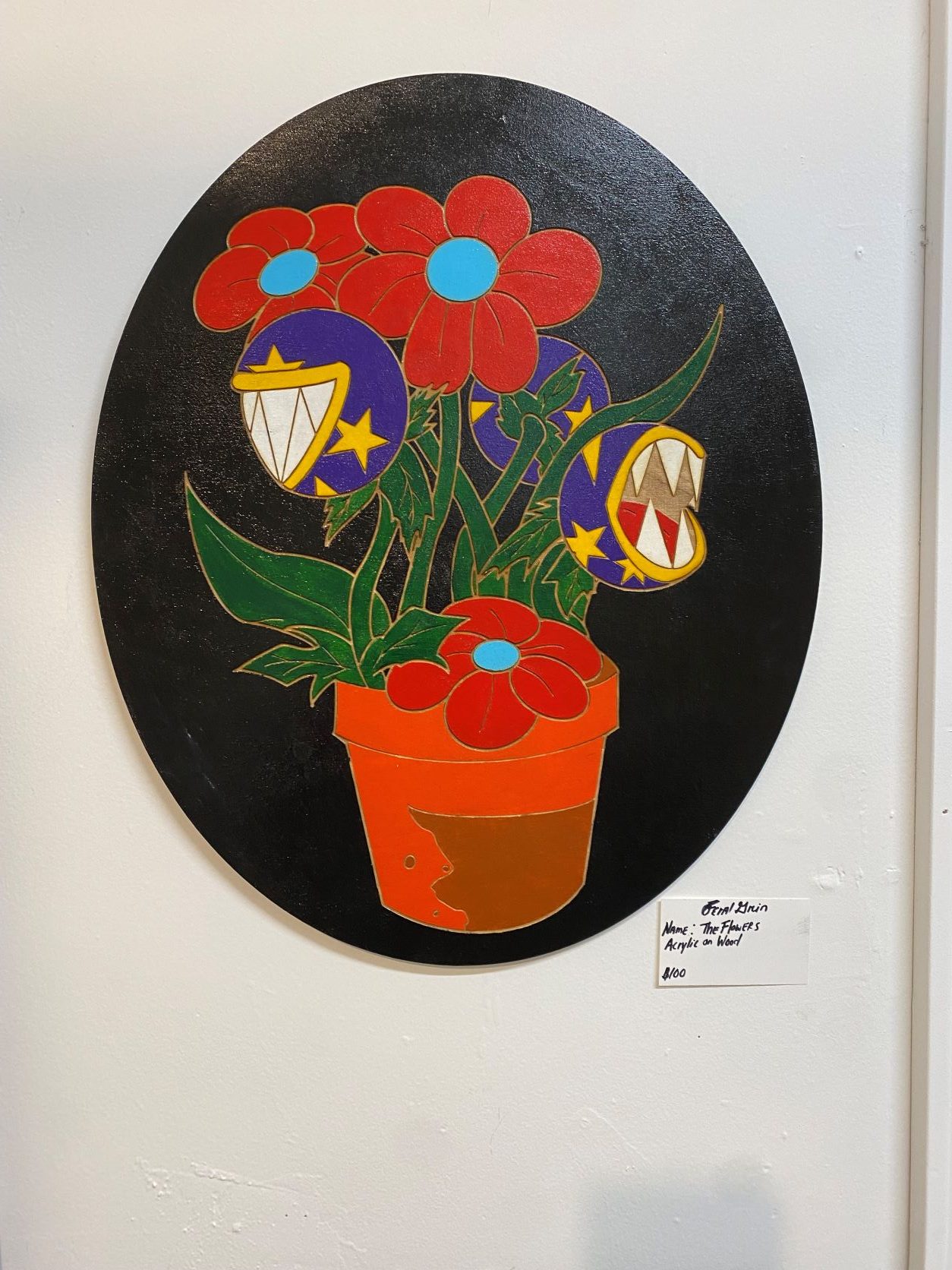 Feral – (referring to an animal) in a wild state, especially after escape from captivity or domestication.
Grin – to draw back the lips to show the teeth.

Feral Grin Art is about Black people having to endure the prejudices of the world with a “Grin and Bear It” attitude. It also examines ideas of perception and exploitation of stereotypes. I’m interested in the idea of what is seen when we encounter other people. My personal experiences have not always left me walking away feeling understood or viewed as a human being. Feral Grin Art is about showing the wild tenacity we can attack the world with, though our current and past achievements also became a point of emphasis. The characters used are referred to as Ferals. Ferals are representational of Black people and the perception that we are a constant threat and danger to others. They are humanoid in appearance, with large sharp teeth and opaque black skin meant to make them appear intimidating or like monsters. The Black skin borrows from the idea of all Black people being Black, regardless of complexion. Through the Ferals, I create work that shows Black people in situations of discomfort, and triumph, and overall share my experiences as a Black man growing up and living in Chicago. With pop culture references and ties to Chicago aesthetics, Feral Grin Art serves to cover both serious topics and light whimsical work that also shows the joys of being Black and shared experiences