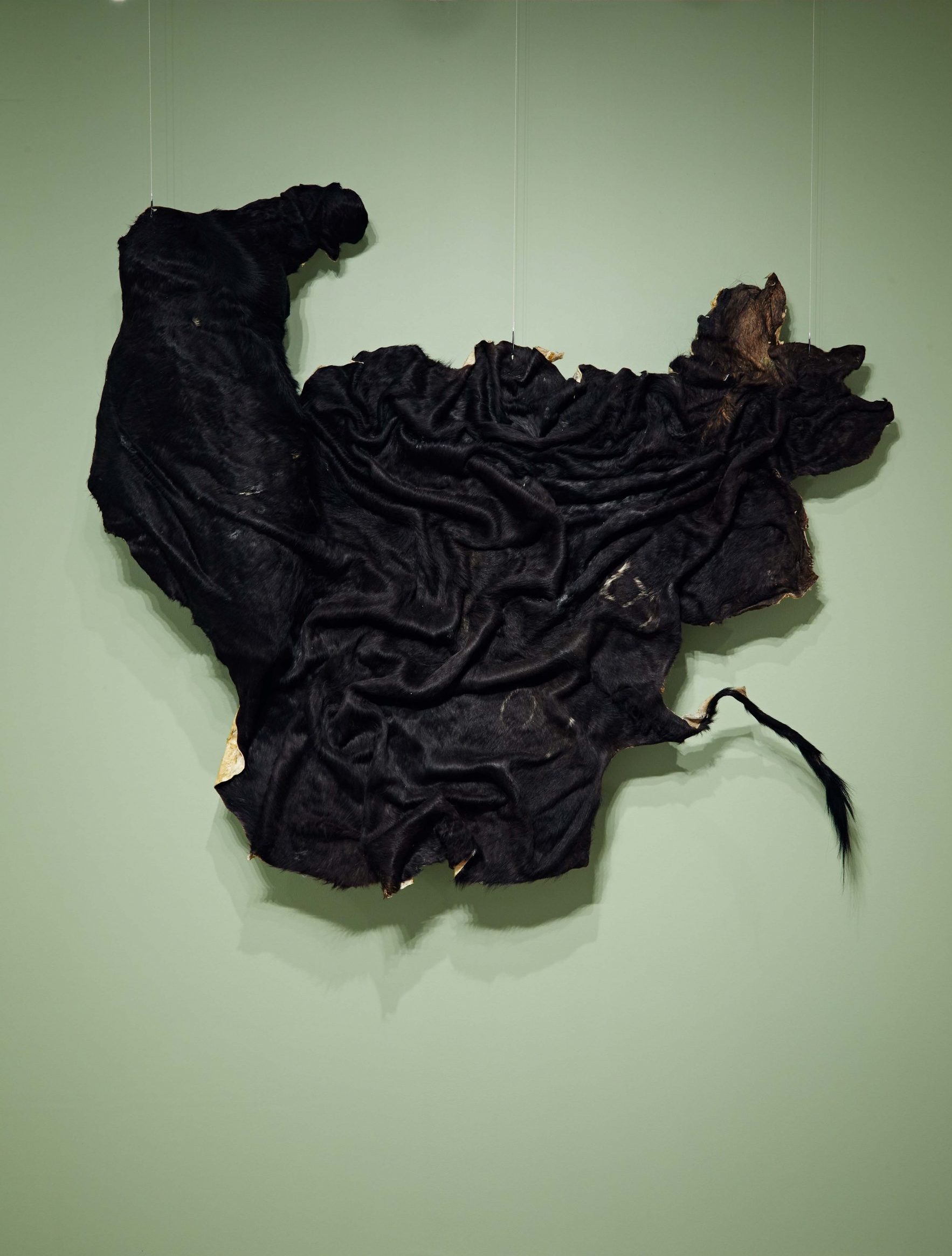 Nandipha Mntambo is a Johannesburg-based visual artist. Born in Mbabane, Swaziland, South Africa in 1982, Mntambo received her MFA from the Michaelis School of Fine Art at the University of Cape Town in 2007.
Her diverse practice explores natural materials as well as experimental approaches to art-making to investigate the relationship between the human body and fluidity of identity, with an emphasis on the boundaries between human and animal, femininity and masculinity, attraction and repulsion, as well as life and death.

Among Mntambo’s most celebrated artworks are her series of cascading and loosely figurative sculptures, molded from cowhide into semi-abstracted shapes suggestive of a human presence. Mntambo elaborates: “My intention is to explore the physical and tactile properties of hide and spects of control that allow or prevent me from manipulating this material in the context of the female body and contemporary art. I have used cowhide as a means to subvert expected associations with corporeal presence, femininity, sexuality and vulnerability. The work I create seeks to challenge and subvert preconceptions regarding representation of the female body.”

Shortlisted for the AIMIA | AGO Photography Prize in Canada (2014), she also was a Civitella Ranieri Fellow (2013), received the Standard Bank Young Artist Award for Visual Art (2011) and the Wits/BHP Billiton Fellowship (2010).