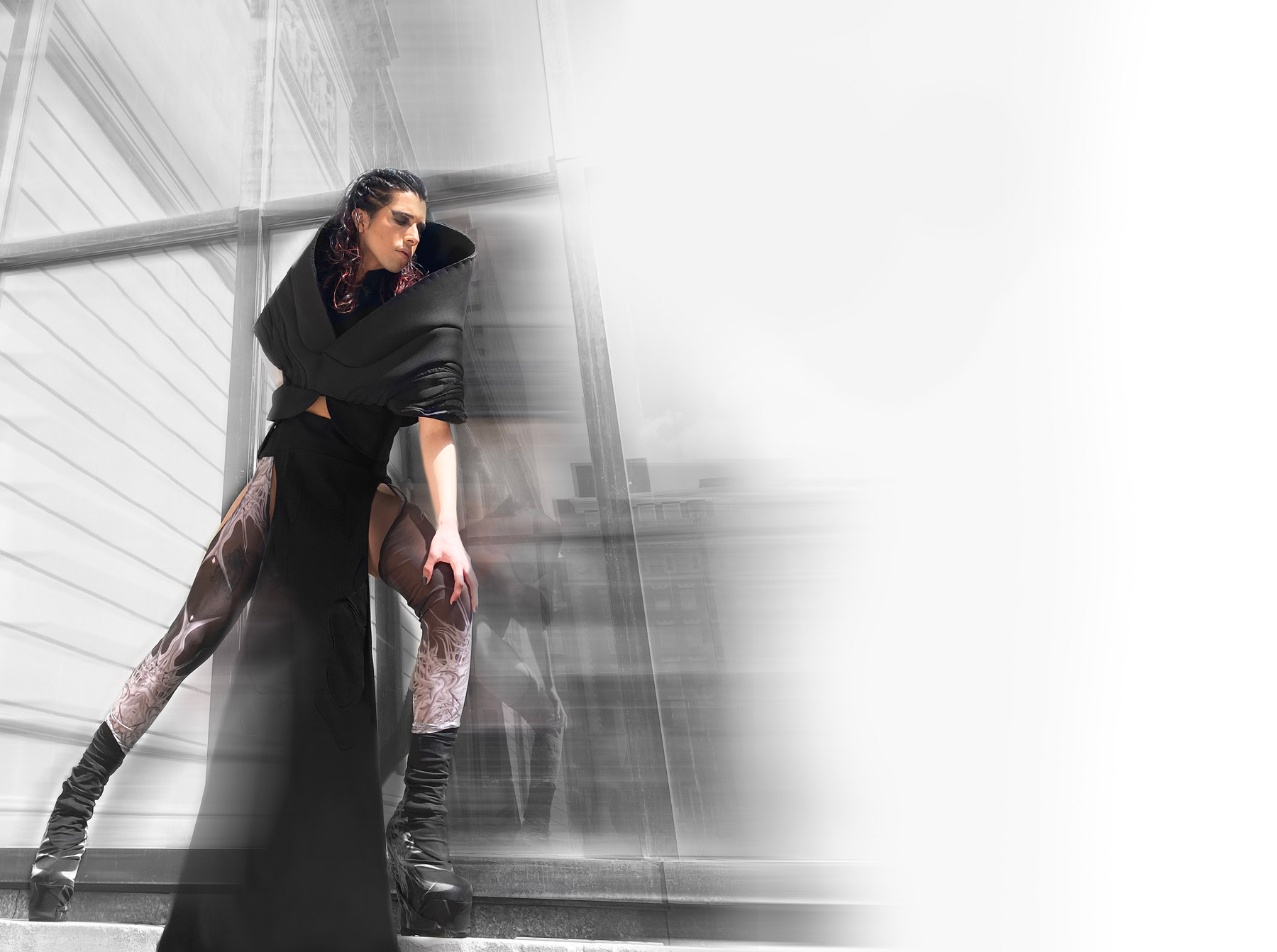 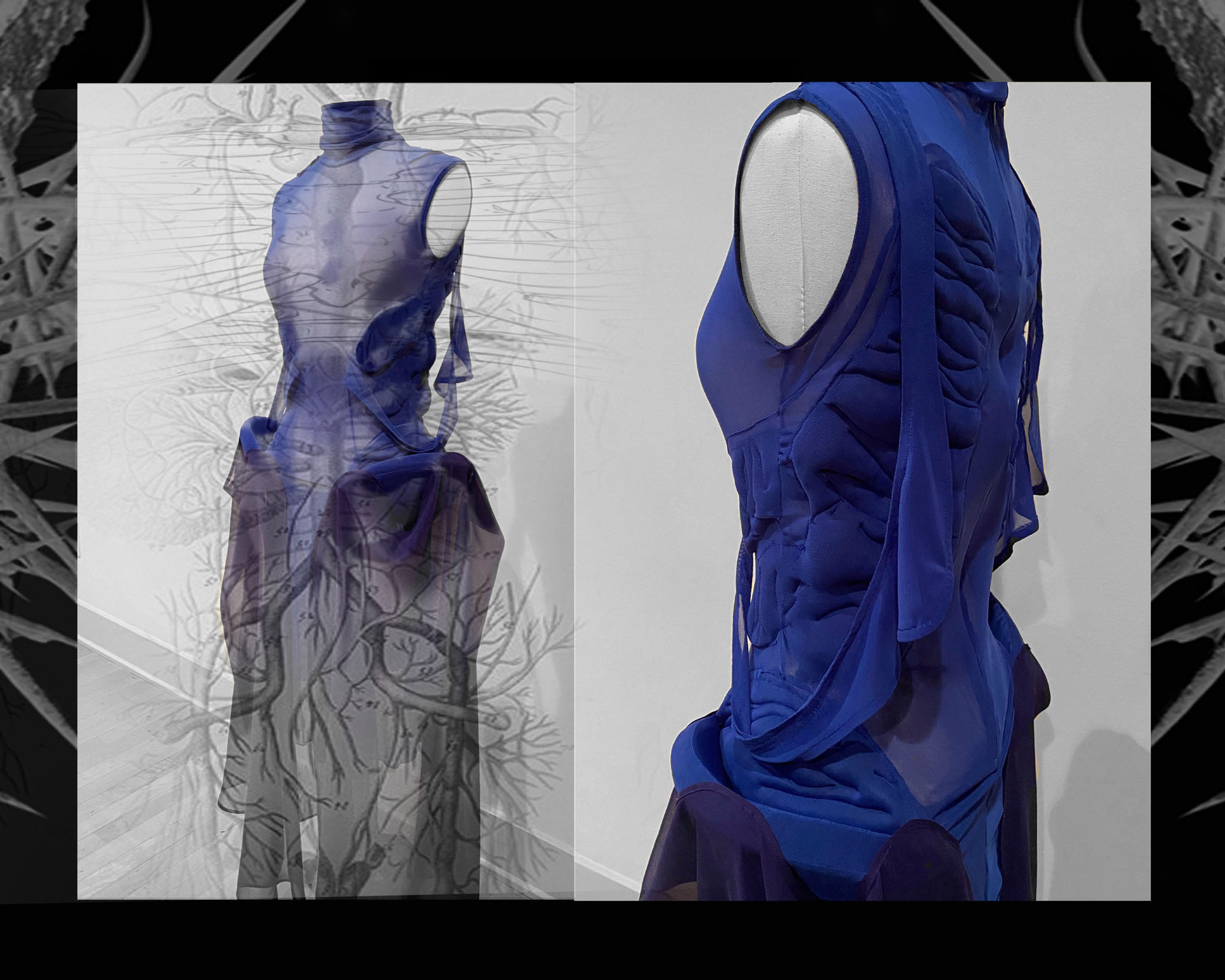 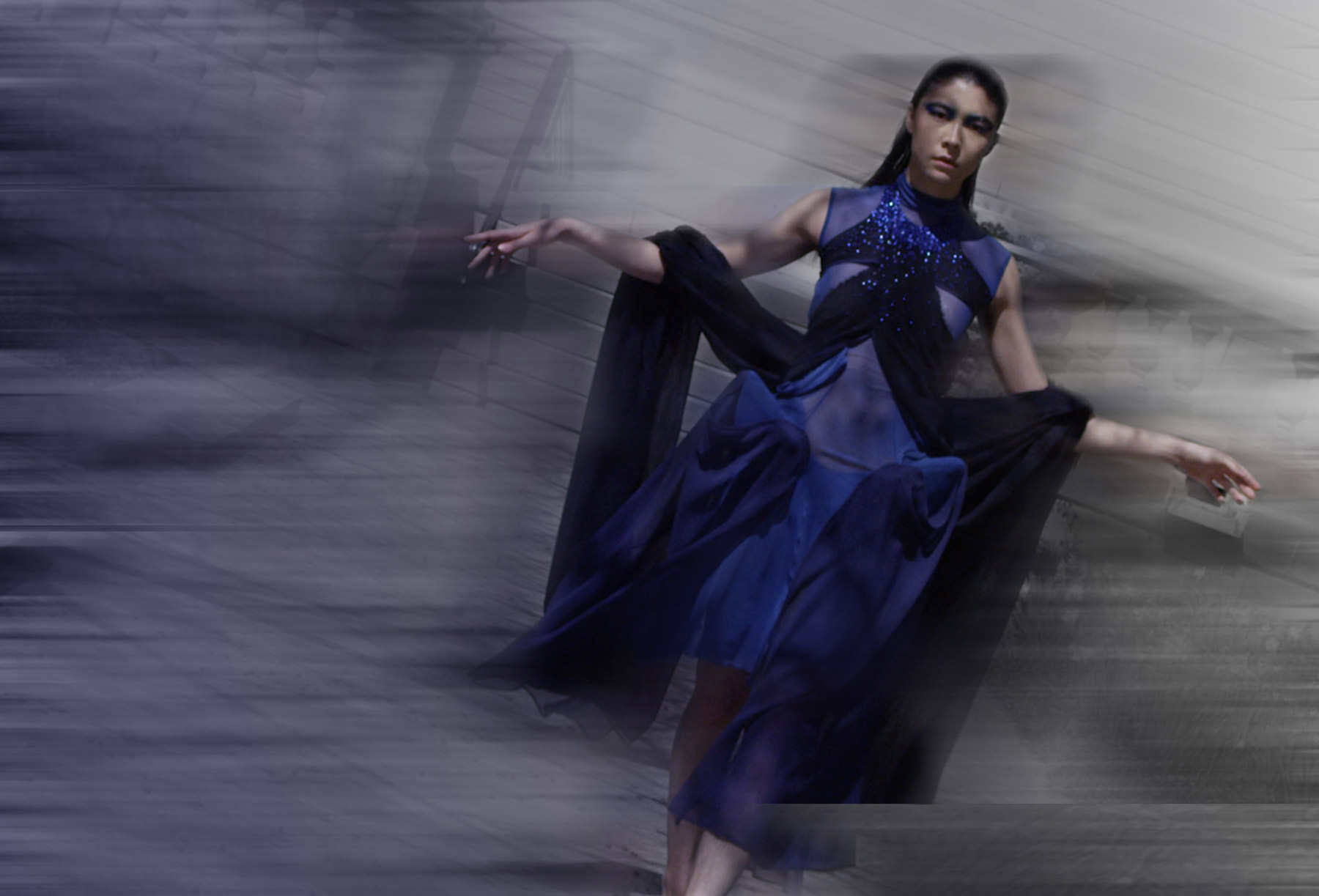 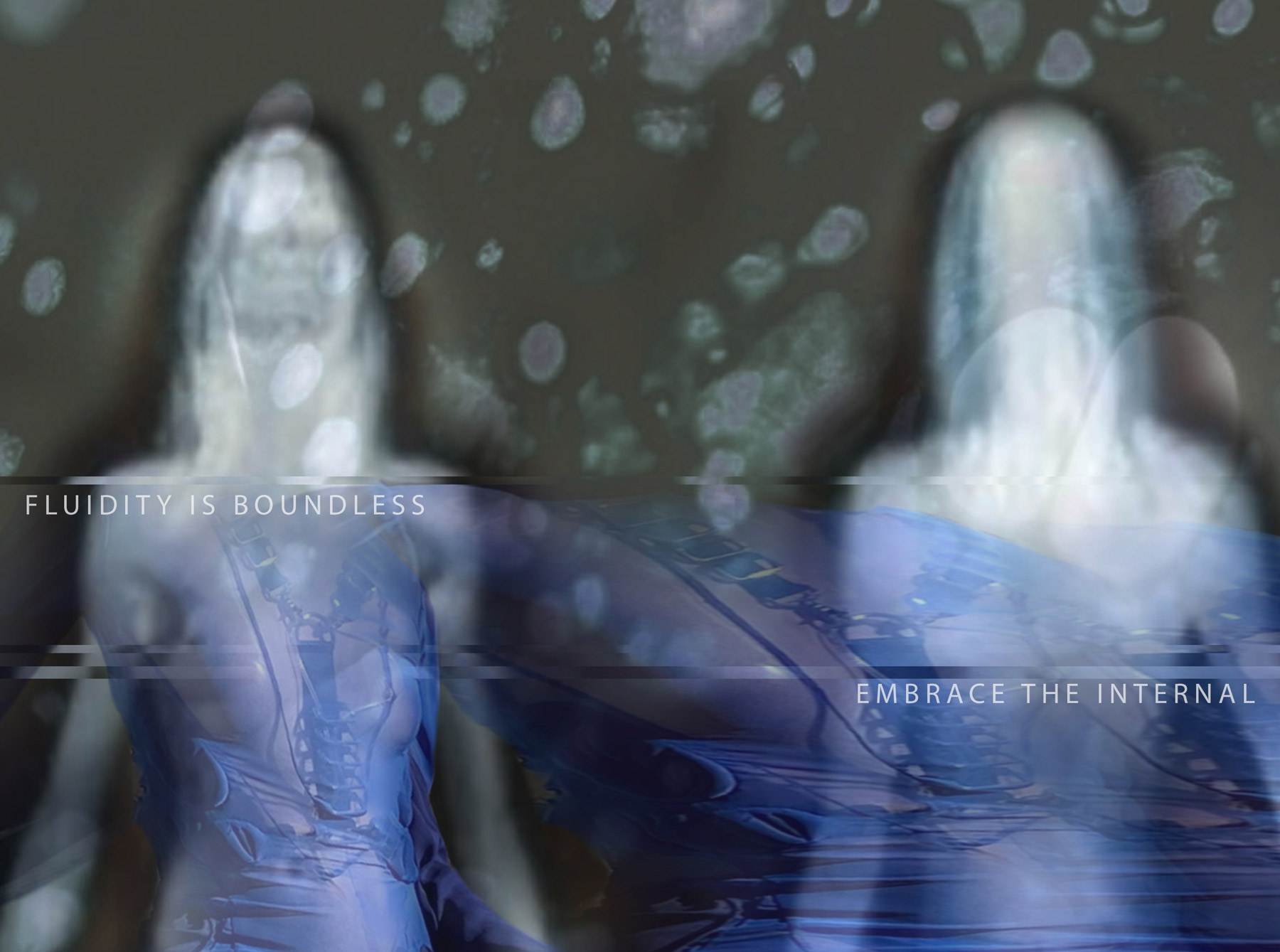 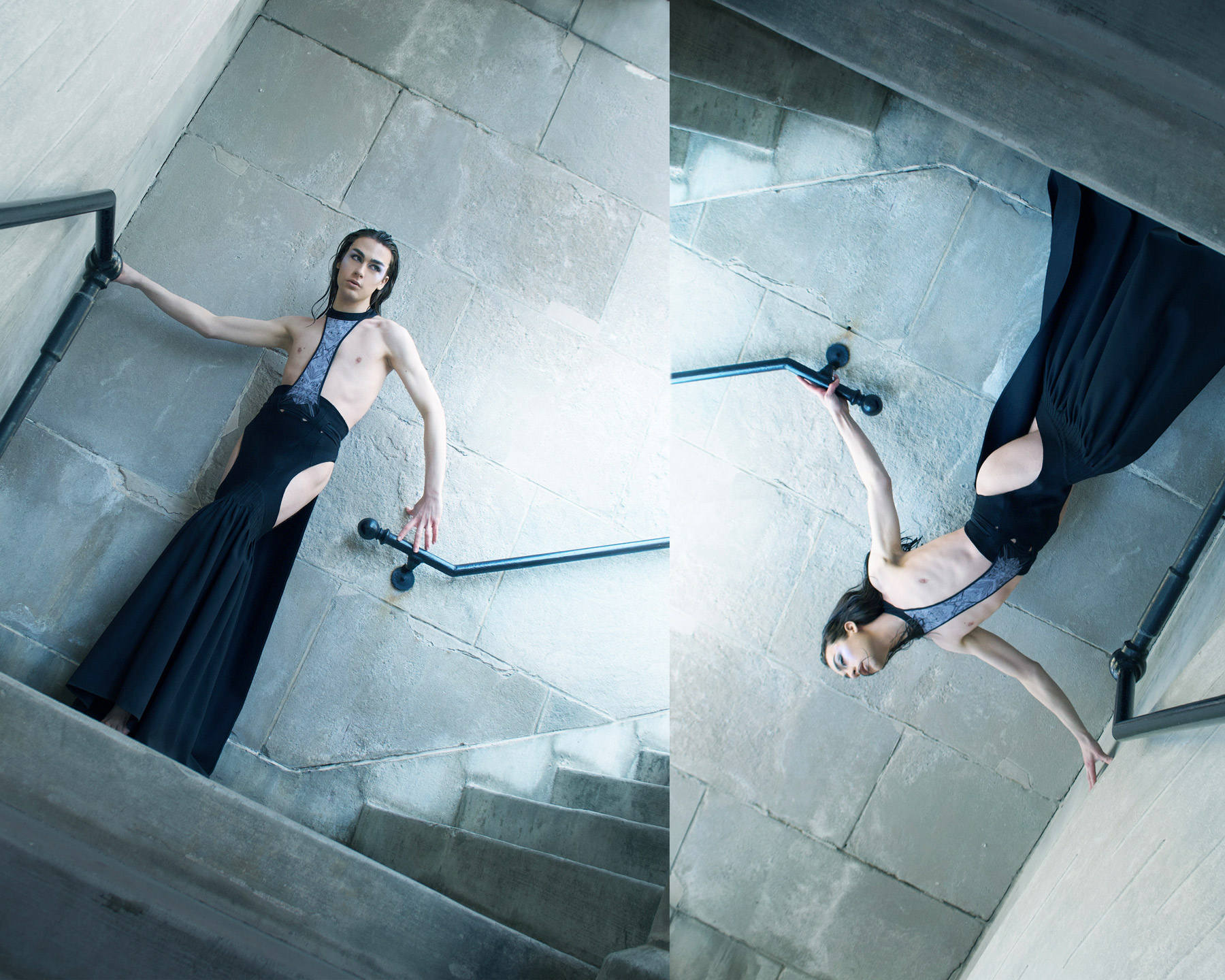 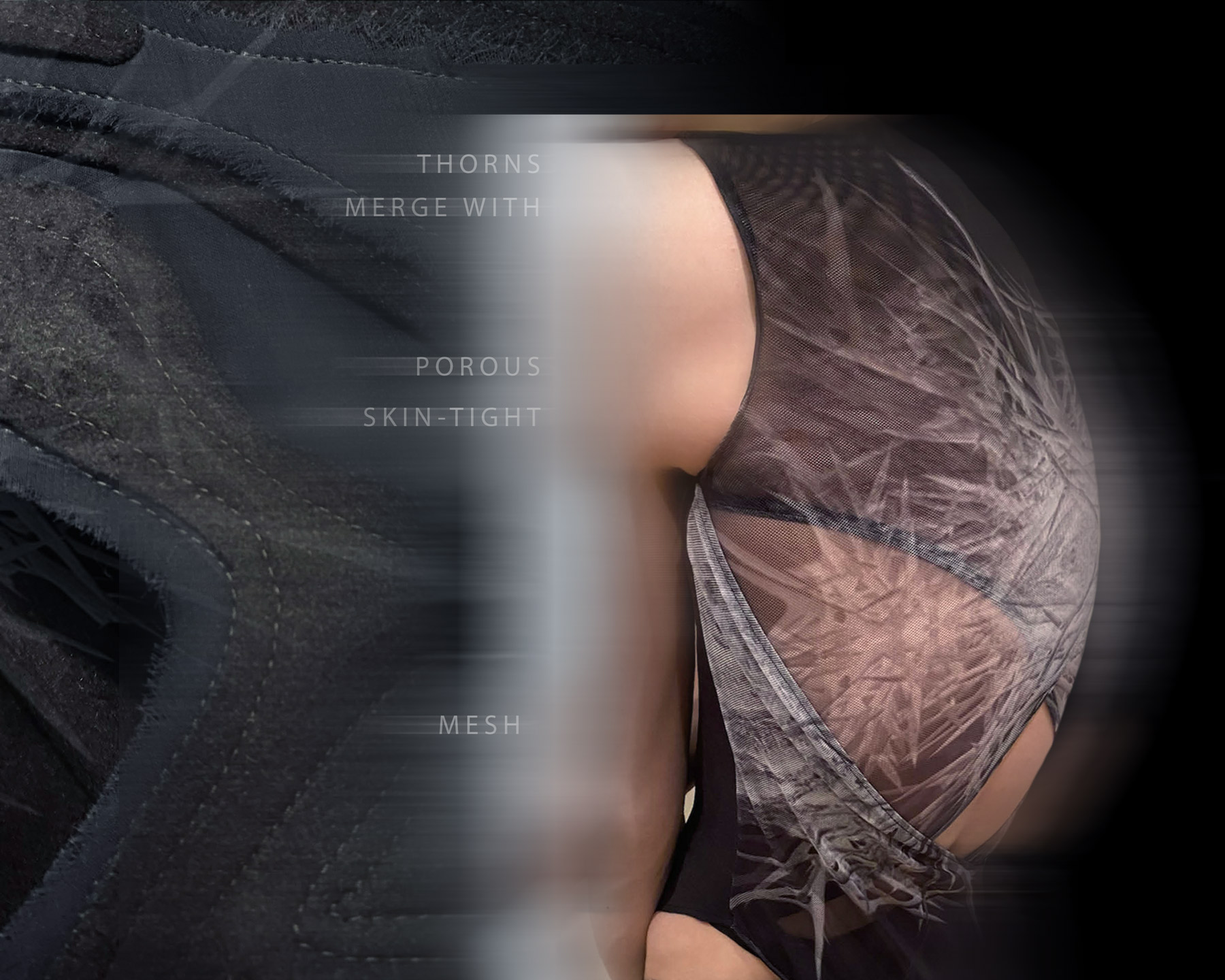 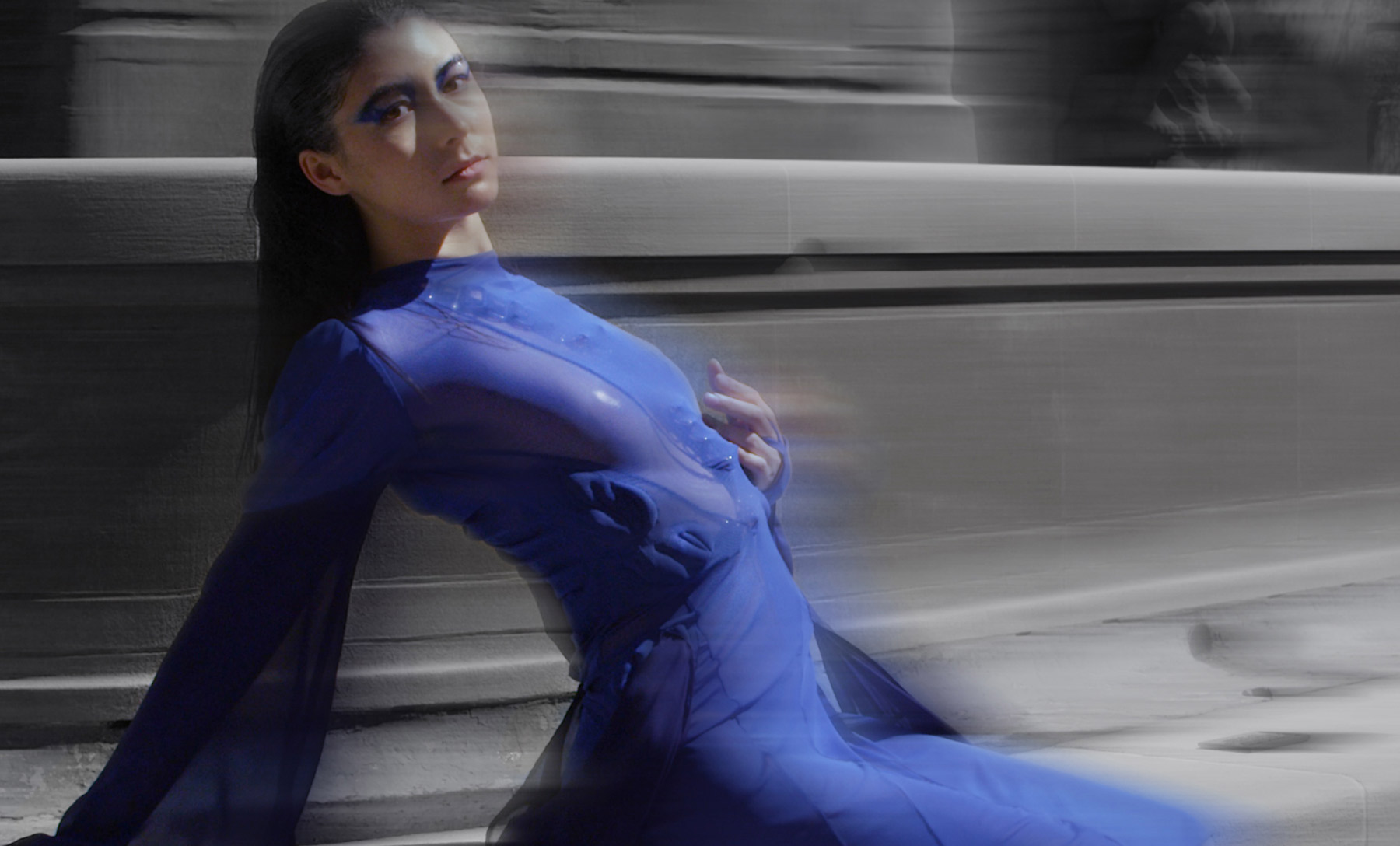 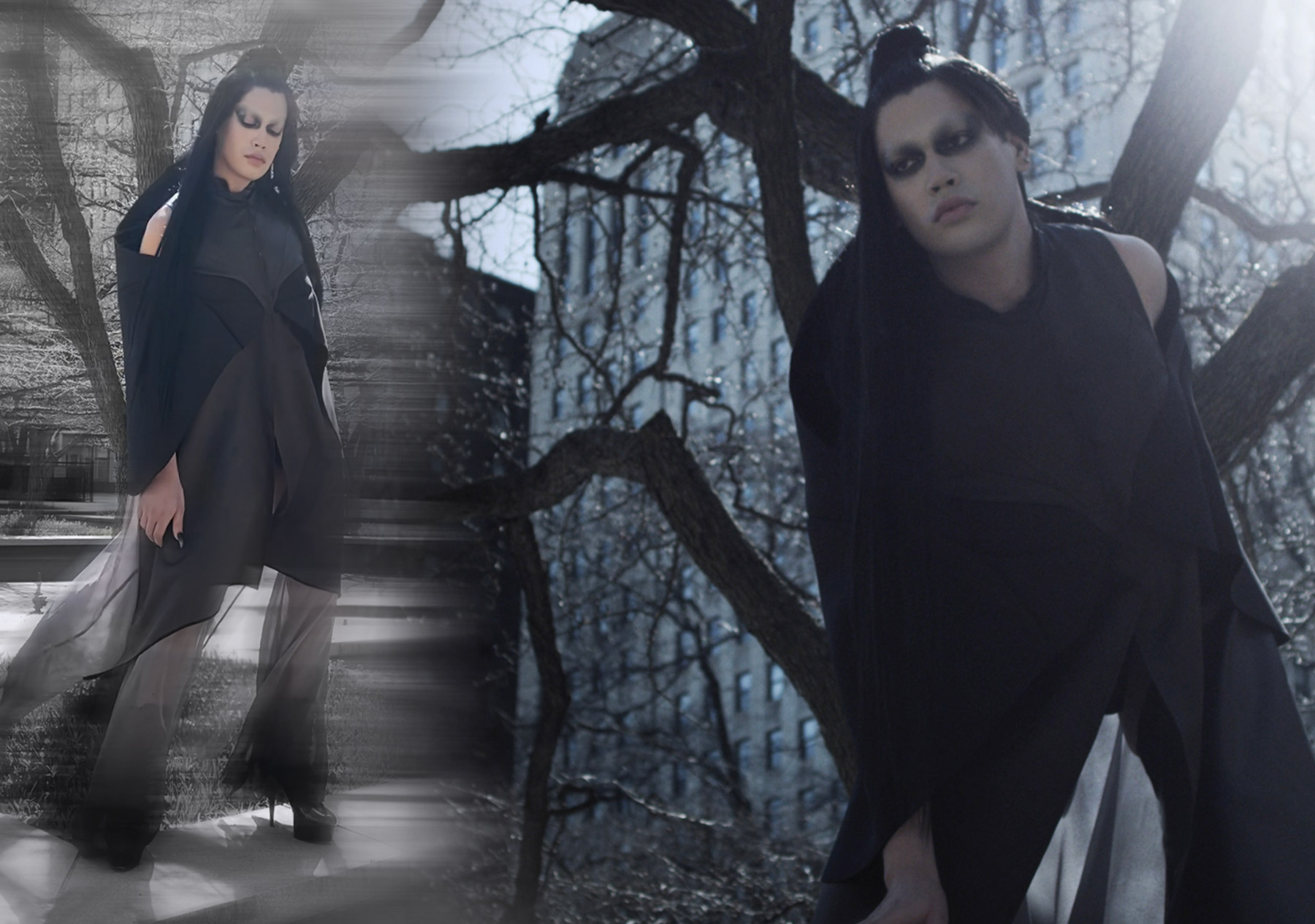 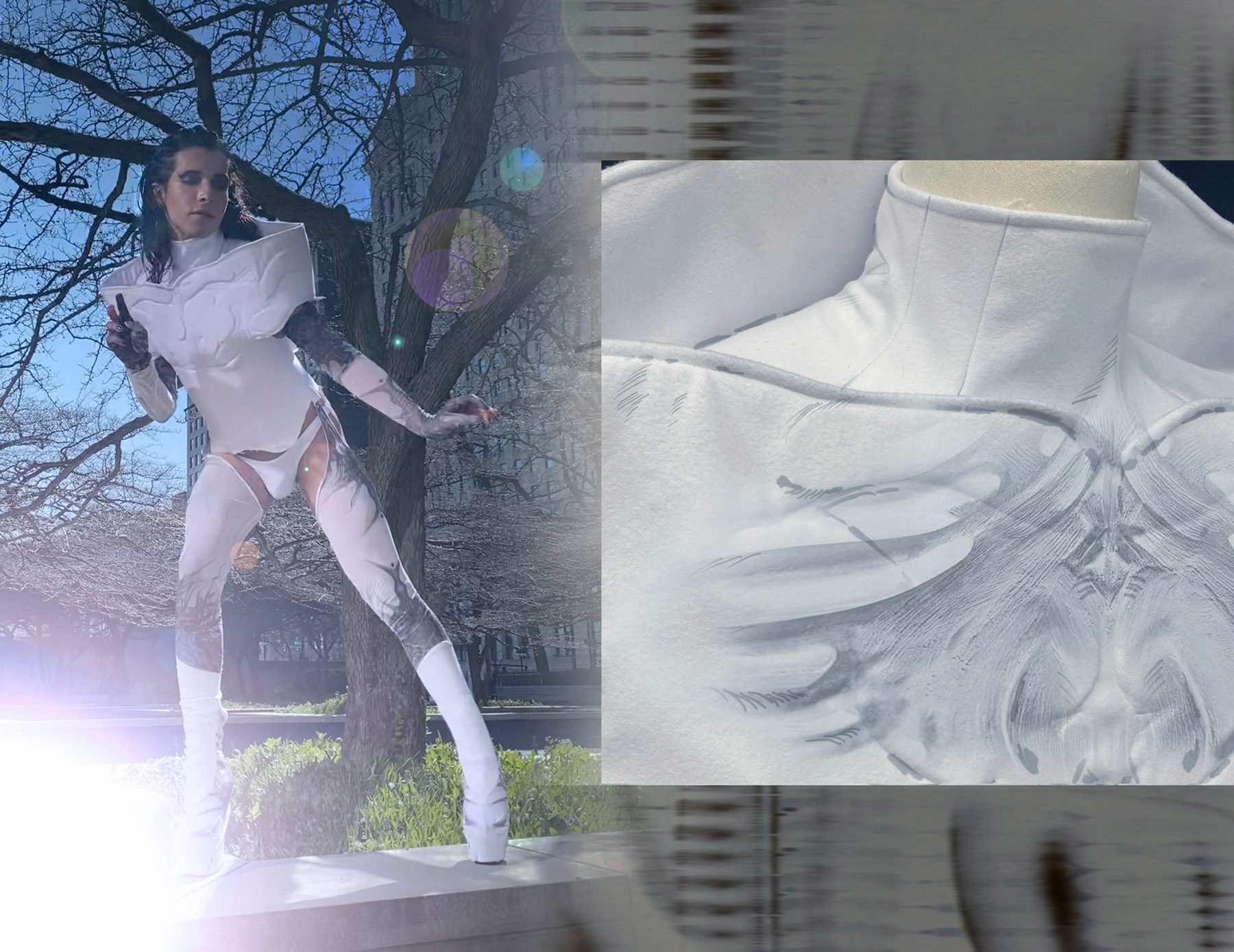 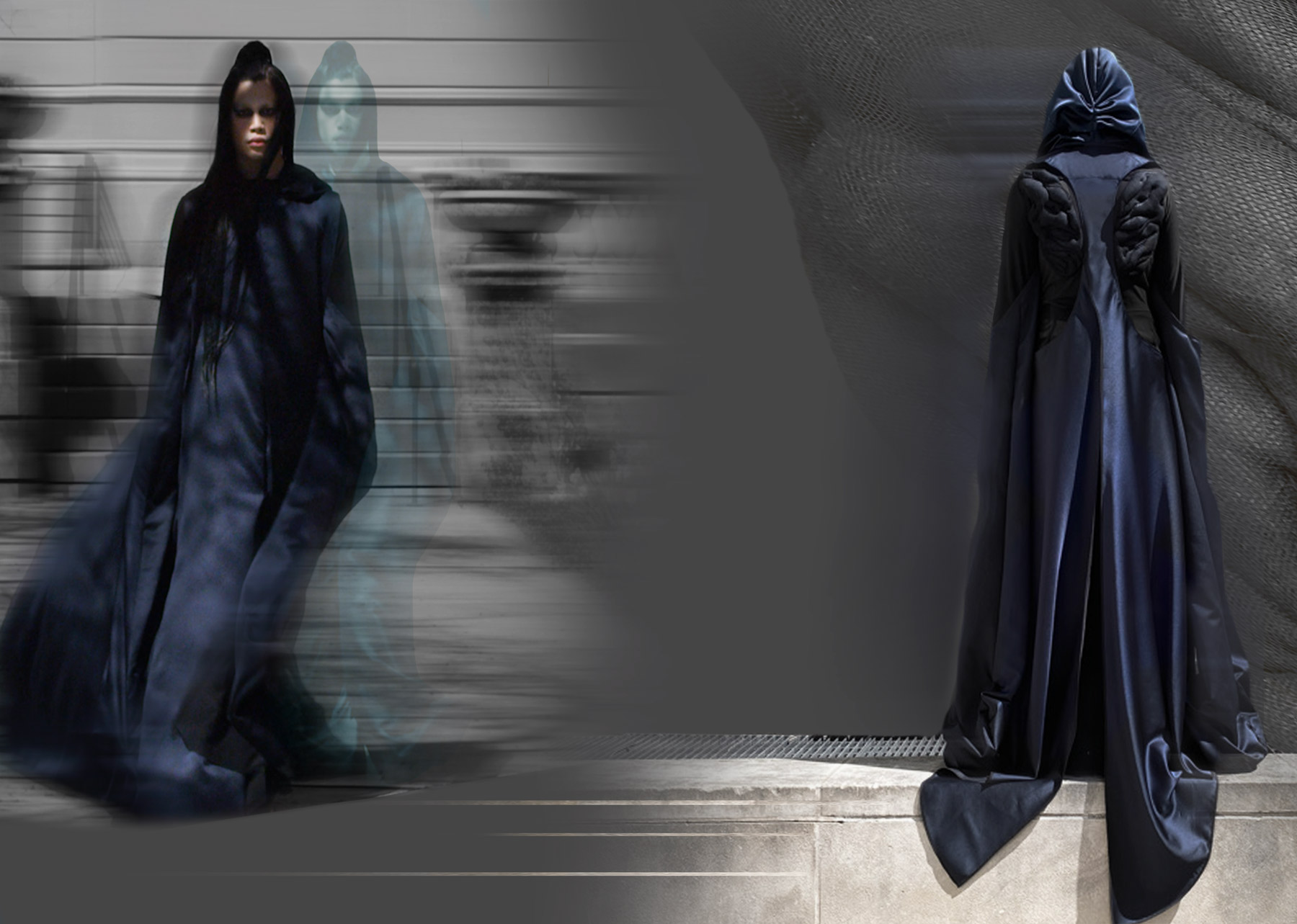 Since the birth of ancient civilizilation, non-binary individuals have been celebrated and praised for harnessing divine power. These ethereal, gender non-conforming members of a community were visible throughout cultures across the globe. Eventually, shattered through the brutal destruction of Western colonization, gender fluidity was violently erased while the binary became entrenched. I believe that this painfully stolen history deserves a resurgence. Stronger, bolder, and more impactful than before. With my senior collection, Awakening, I embrace the grey space between and beyond our perceived ideals of the masculine and feminine form. Alien-like silhouettes and hyper-mechanical detailing reflect the internal confusion, then transformation that stems from feeling “othered” by society. Old scars, the remnants of having been labeled a “freak” or a “monster” morph into a heightened confidence beyond human ability.
An emphasis on blurring delicate and rigid materials are incorporated to subvert the firm duality seen on opposing ends of the gender binary. Primordial defense mechanisms spawned in nature, such as thorns, merge with porous, skin-tight mesh blending feelings of harsh protection and vulnerable release. Lapis blue, a color extremely rare to find in nature, wraps around the celestial forces I envision. Human bone structures are amplified and stretched with stuffed wool roving to show a shift towards the unexpected to come. Welded hardware pieces are seen growing beneath tight knits and flowy chiffons to embody the intensity beneath the outer layer we present.
There is an unparalleled magic that comes with living beyond the ordinary; a deeply ingrained power that is harnessed through fluidity. Awakening exists to inspire anyone who has ever felt undervalued in a system where two predetermined sexes dominate all. To uplift those who have felt lost and worthless by unveiling a higher realm of being. Ultimately I want my pieces to inspire an internal bulletproof strength along with an eerie, sacred calmness.