Christopher Bleuher (born 1988) lives and works in Chicago. He received his B.A. in finance and studio art from Washington and Jefferson College in 2010 and is currently a M.F.A. candidate at the School of the Art Institute of Chicago in the Art and Technology Studies department. He has studied at the SUNY, Purchase and New York University. Bleuher has most recently been included in Debtfair as part of 2017 Whitney Biennial at the Whitney Museum of American Art and as well has shown in Chicago, North Carolina, Ireland, Italy, Finland, and South Korea. He is the founder of the non-profit, Improv to Improov Memory Care and in his work across media, Bleuher deals with interactivity, memory, temporality, and technology. He is currently working with, among others, Jan Tichy and Lindsey French on a long-term, NEA supported community project in Gary, Indiana called the Heat Light Water Project. 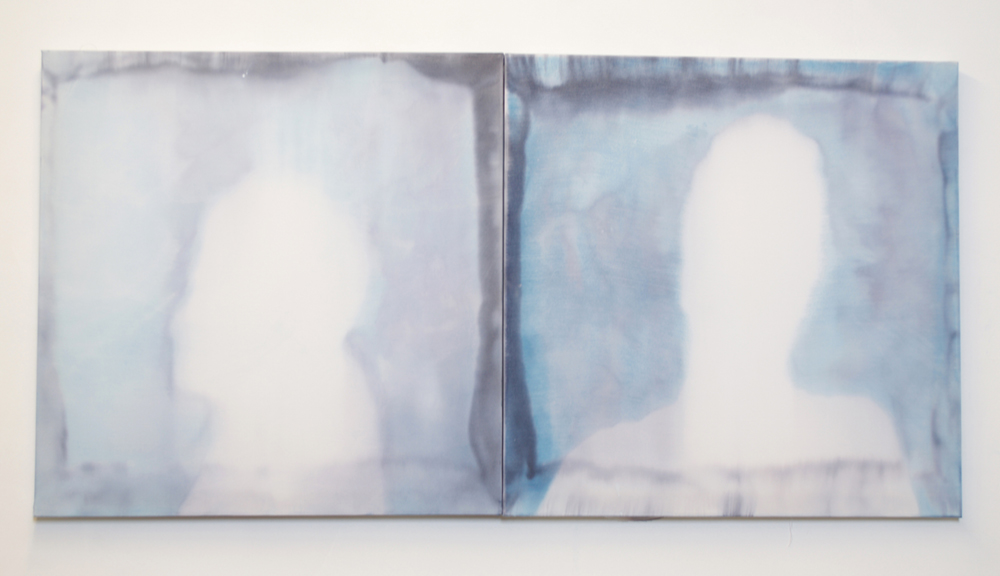 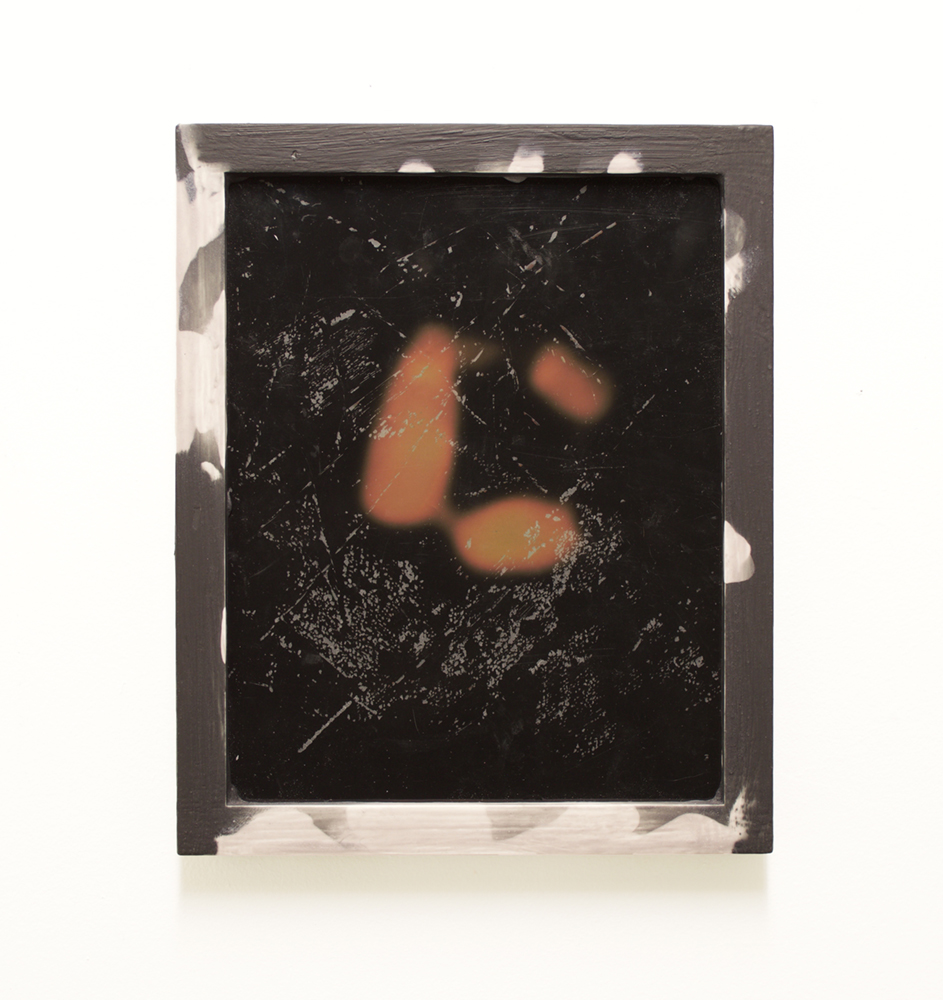 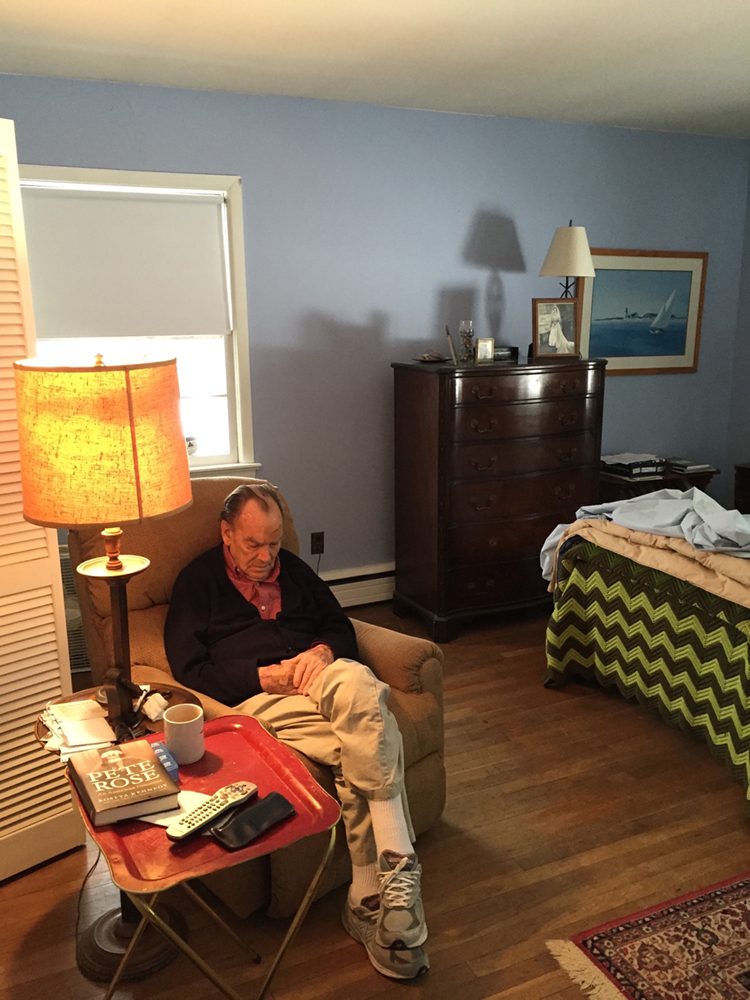 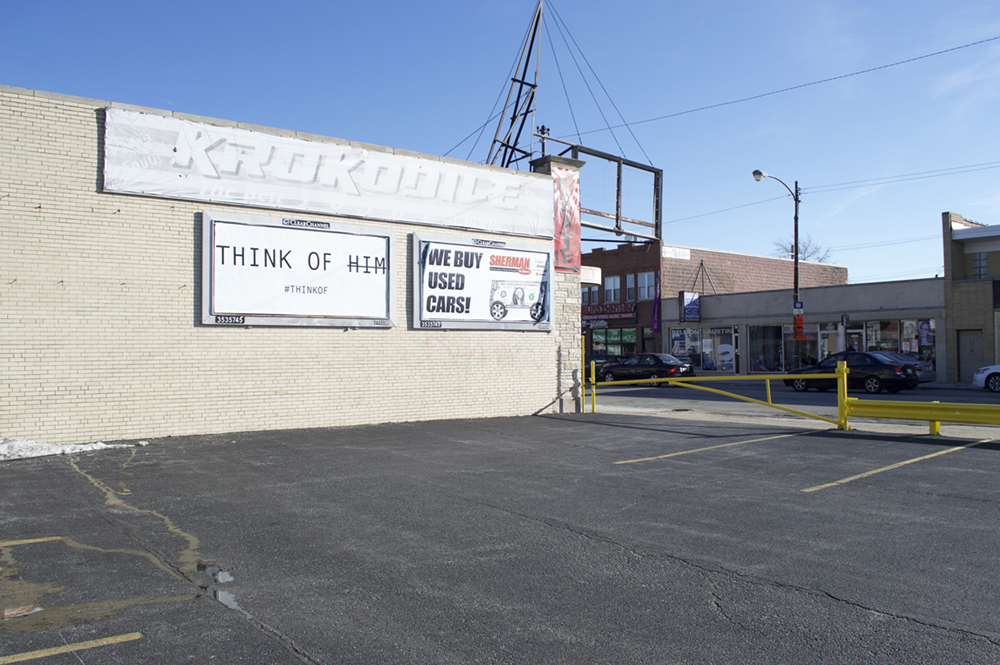 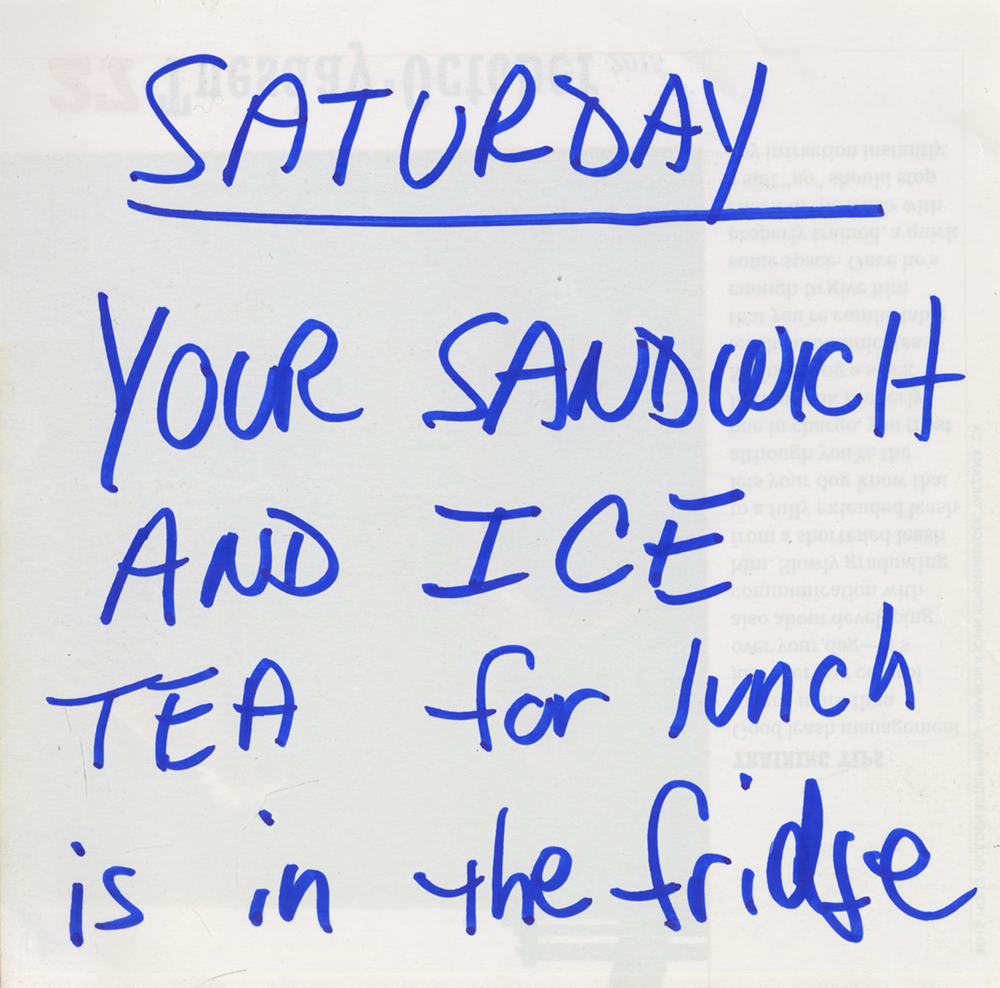 SATURDAY, YOUR SANDWICH AND ICE TEA for lunch is in the fridge, 2017, Inkjet print on canvas and 4GB USB flash drive 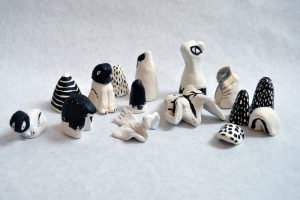 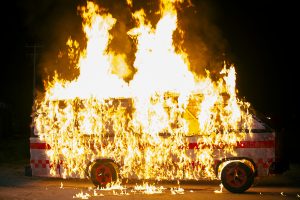 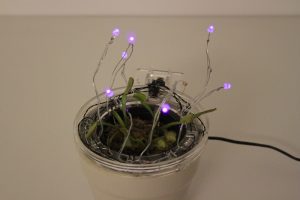 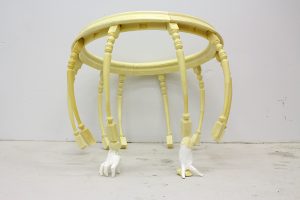 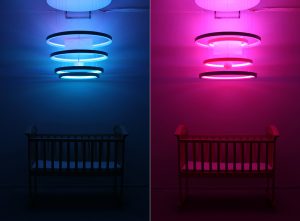 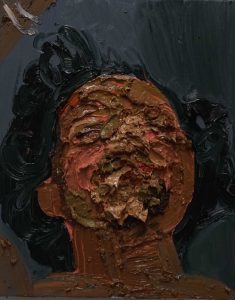 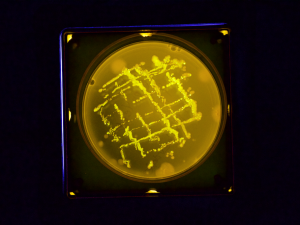 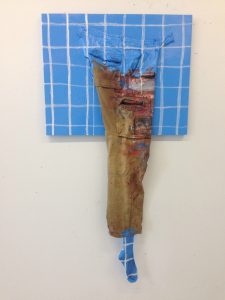 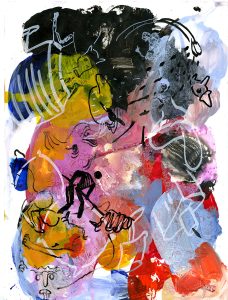