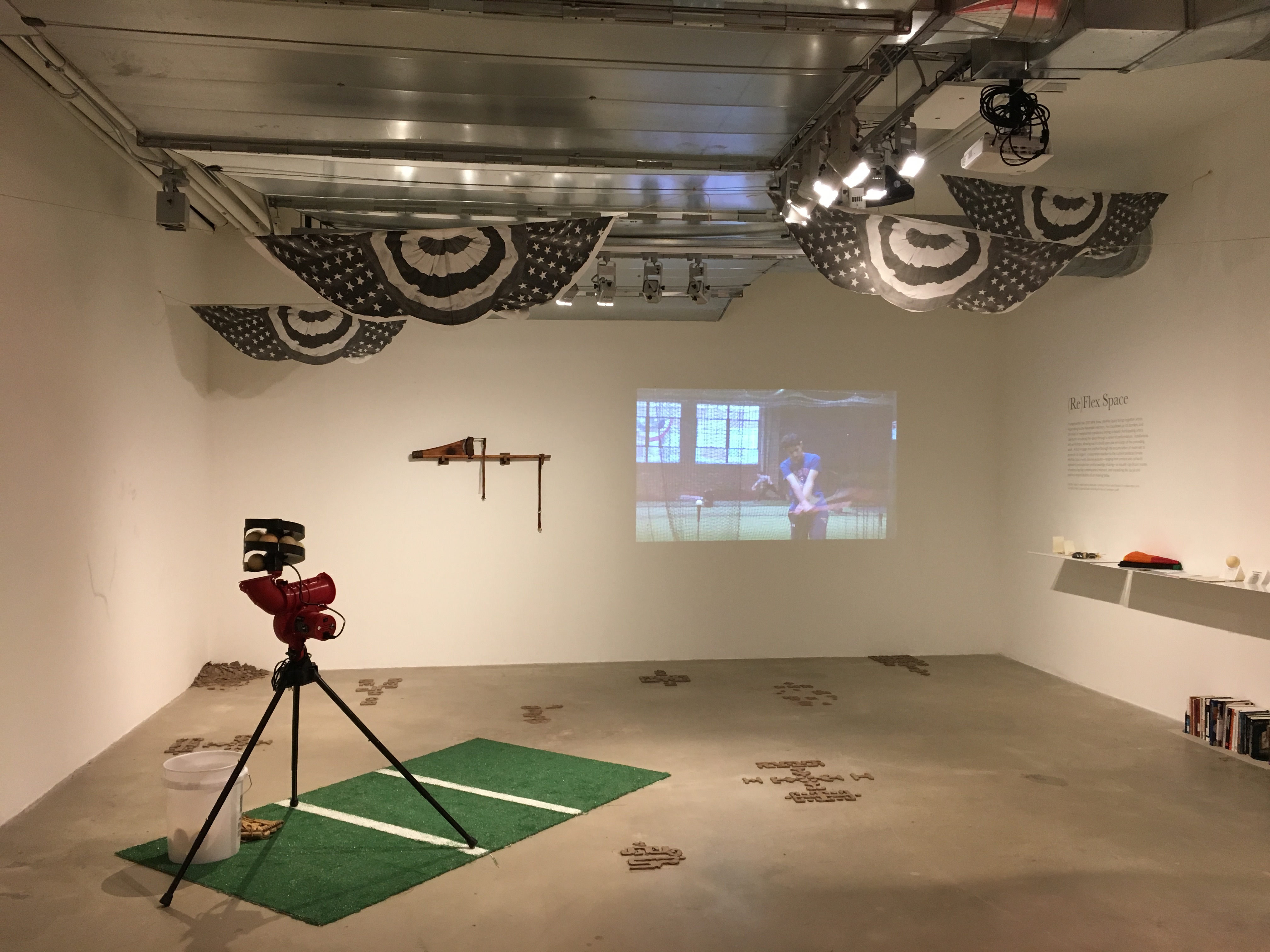 Hailing from Mexico City, El Coyote Cojo tackled the myths surrounding the infamous Antonio López de Santa Anna and his prosthetic leg. Blamed for losing half of the countries territory in the Mexican-American War, Antonio López de Santa Anna’s phantom limb became a metaphor for the lost territory. Some historical accounts claim the prosthetic leg was seized by the US Army and used as a baseball bat by soldiers in a display of cultural dominance. Taking on the role of myth busters, El Coyote Cojo recreated the prosthetic leg to test the viability of its use as a baseball bat. With customized baseballs inscribed with the borders of the lost territory, El Coyote Cojo interrogates how these historical narratives continue to resonate in contemporary questions surrounding U.S.-Mexican relations.