Using photography, as well as sculpture and installation, I address the standardization of bodies and bring attention to the cultural conditions that influence how we come to define some bodies as “abnormal”. This is paired with an extensive research practice focused on the medical communities treatment of intersex bodies and how the intersex rights movement has responded to medical professionals. Through material exploration I question how trustworthy these mediums are that are relied upon for their indexical value and challenge the cultural norms that limit the spectrum of gender in relationship to identity and expression.
In the case of bodies that have been deemed “abnormal” photographic representation is often skewed to emphasize the elements that classify someone as “other” and does not reflect the person’s unique life experiences outside of the perceived abnormality. As an intersex woman, who was diagnosed with Complete Androgen Insensitivity Syndrome (CAIS) in 2010, I found the awareness and representation of intersex bodies among the public lacking. Most images of intersex bodies were made in a medical context, with the intention of examining and diagnosing a body that was seen as needing to be fixed. Despite the proliferation of images being made, often without the individuals consent, no one outside of the medical community had access to them and these photographs were used to make intersex people invisible. How the photograph was disseminated and what it was used for had a greater impact, in some cases, than the image itself. As a tool photography is adept at representing a person and personifying how they may identify but it is equally as capable of categorizing, indexing, and standardizing someone who does not fit into the current cultural norm. In my work I resist the ethnographic tendencies of photography, and urge people to look for more than what is seen in the image itself. By acknowledging the conventions around the representation of certain marginalized groups the photograph will no longer be seen as a complete definition and instead becomes an invitation to learn more. 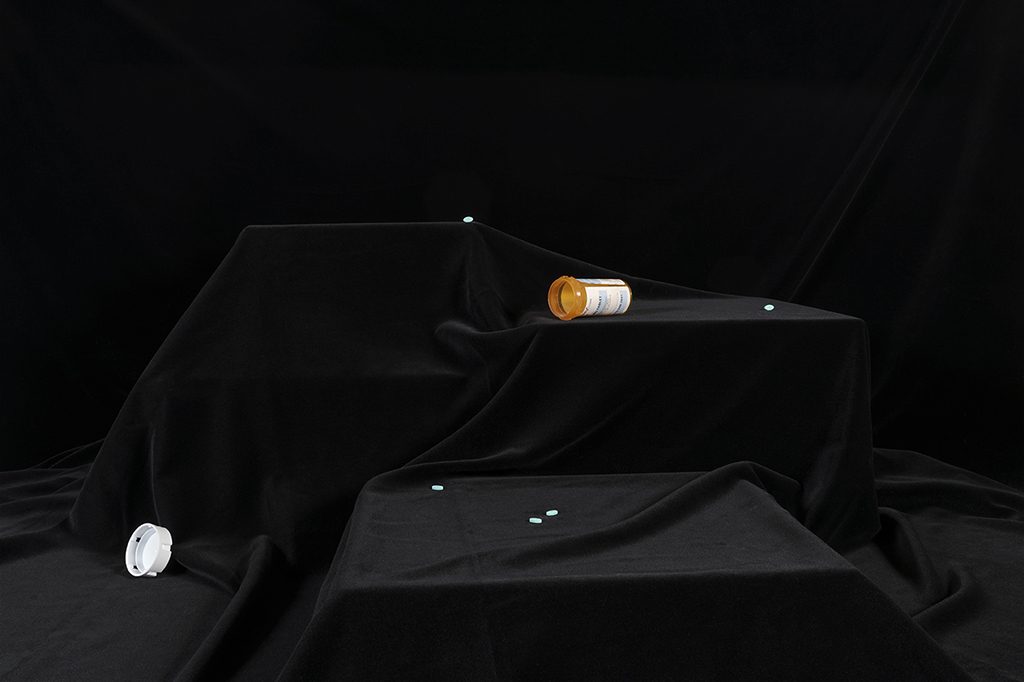 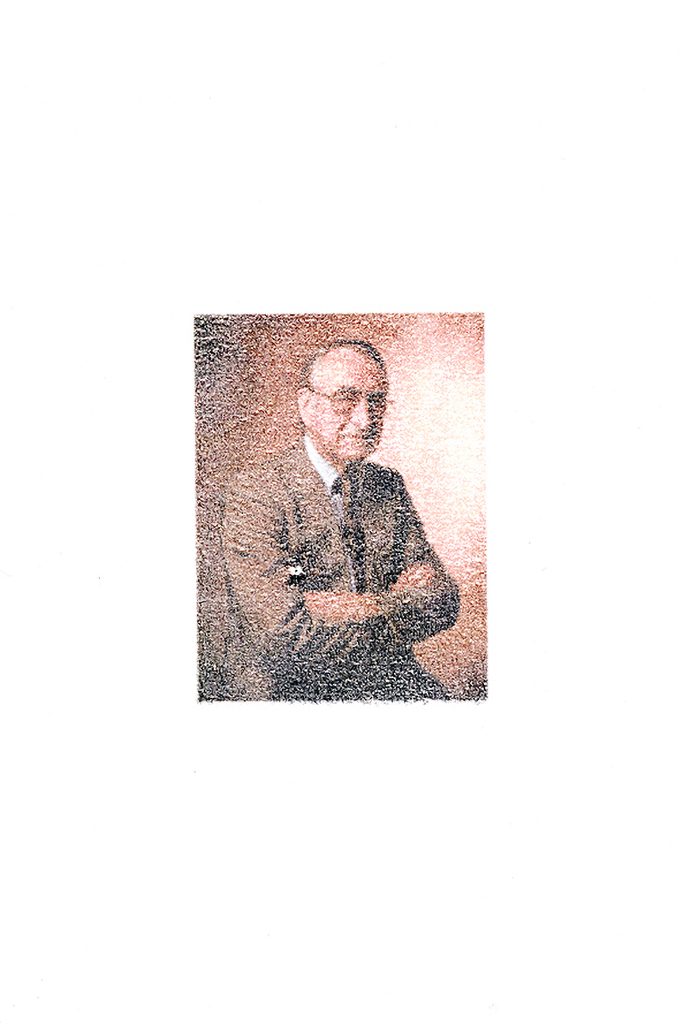 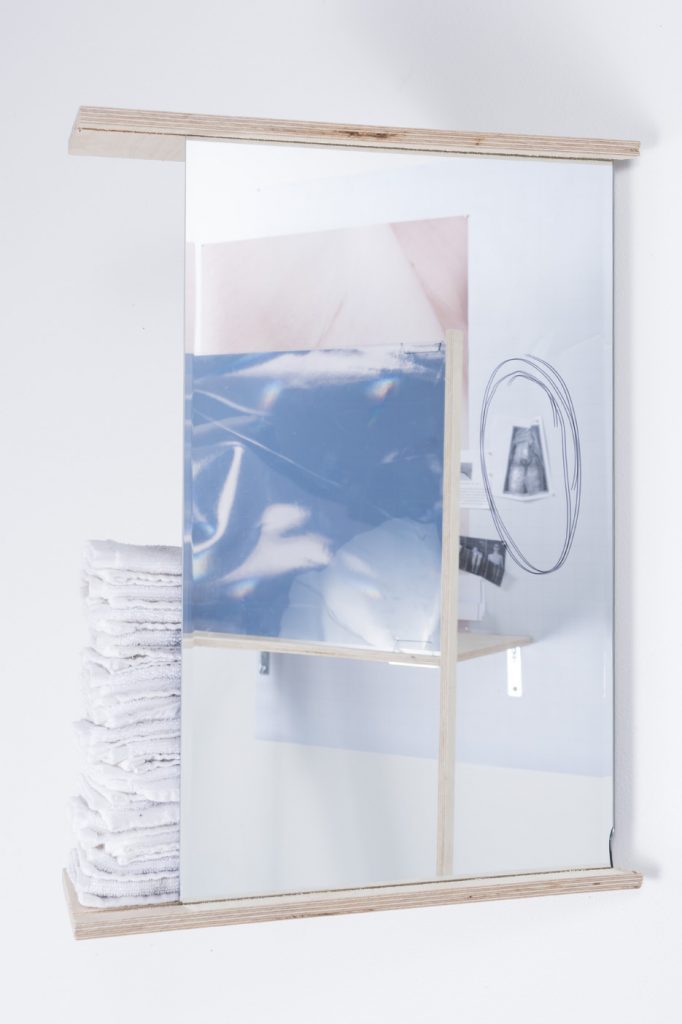 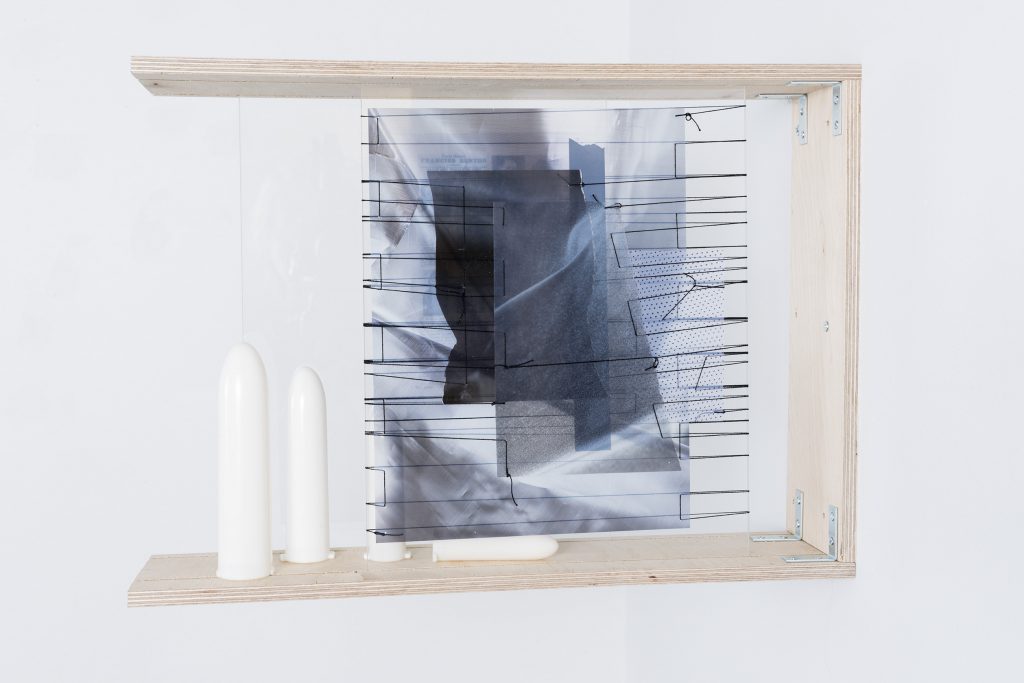 "Keep it inside of yourself until you feel a slight discomfort" Inkjet print on transparent film, thread, glass, used dilators, pamphlet distributed by individual named, wood / 24 x 14 x 3 inches / 2018 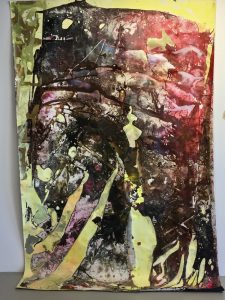 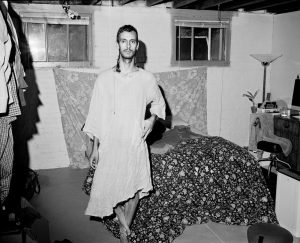 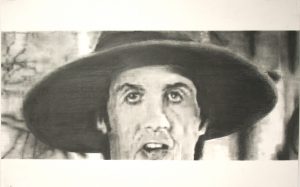 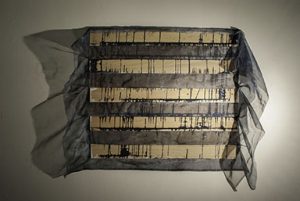 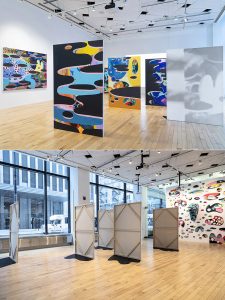 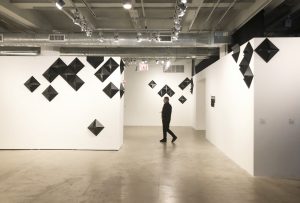