Ruth LizBeth Poor (b. 1989), a native of Greencastle, Indiana, works predominantly in the medium of painting, but incorporates sculpture and installation in her larger ‘painted’ works. Poor completed her B.A. in Studio Art and Religious Studies at DePauw University and Cornell College. Poor’s work focuses on twisting religious canons and iconography as a means to comment on power structures seen in Evangelist/Protestant circles and addresses themes such as belief, proof, and doubt. She currently resides in Chicago, Illinois where she is pursuing her Post-Baccalaureate at SAIC and has shown work in Manifest Gallery [Cincinnati, OH], Woman Made Gallery [Chicago, IL] and Indiana University [Bloomington, IN].

Existing as points between impoverished rural landscapes and religious zealot behaviors lay both my history as a young child and a morbid fetishization of Christianity. Religious extremes, patriarchal hierarchies, and militant-inspired worship confused and disturbed a certain level of my psyche that led to a journey of independent research consisting of interviews, writing, and photographing contemporary Christian subcultures and congregations within Evangelist, Pentecostal, and Baptist communities.
As a reflection of this study, paintings and collage are created primarily with the concern of reclaiming memory and space through twisting religious canon and iconography. While much religious discourse in the arts is concerned with expressing aspects of spiritual universality or collective thought, I instead allow myself the opportunity as an individual to explore relationships between social justice and spirituality through personal anecdote. By sourcing autobiographical narratives and manipulating their sequence or setting, I aimed to create fantasies based on my own religious experiences as a way to reclaim power or agency over the image. In dissecting religious and dominant cultural mythologies, I use the techniques and aesthetics of collage as a means to re-code and re-imagine contemporary fictions. Sometimes with the aid of additional historical and mythical elements, brief moments of situational clarity are inserted before being distorted again through a series of fragmentations. Using these stories and images taken of protests and candlelight vigils, I began trying to understand my own memories of childhood and the amalgams of patriarchy and power in contemporary landscapes. 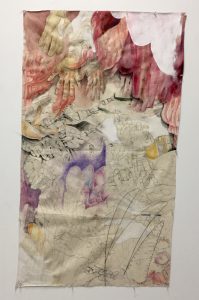 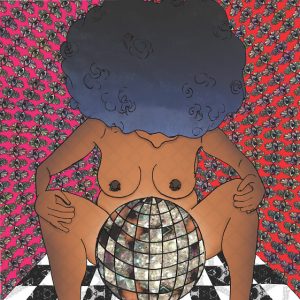 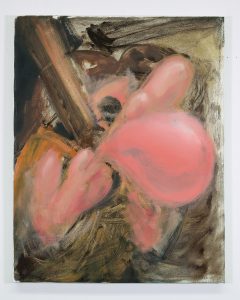 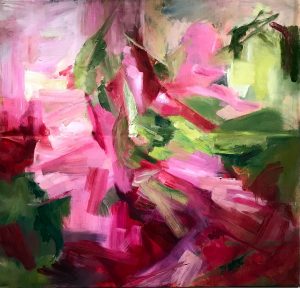 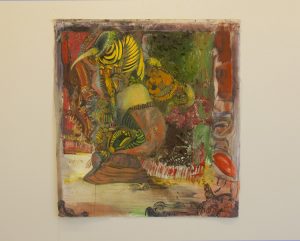 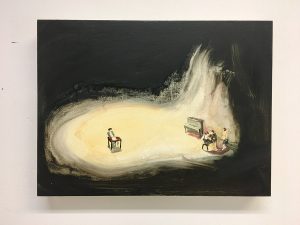 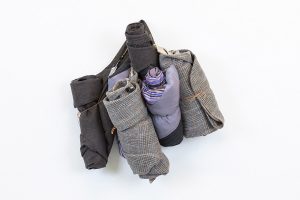 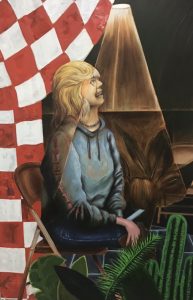