Jes Farnum (MSHP 2016) is a second year graduate student in the Historic Preservation department. Having arrived at SAIC with a background in photography and anthropology, Jes is interested in the patterns of industrial development in Chicago, particularly relating to metal-working trades, and how these businesses affected the neighborhoods and the people working in and living around them, then and now.

Moment of Inertia entails posters mounted to fifteen boarded up second story windows on the south-facing elevation of the Stockyards Bank on Halsted St. The posters relate to my thesis work revolving around the historic locations of 1333 former Chicago foundries. The Stockyards Bank itself is a physical and symbolic center of the history of what was the gritty side of commerce in Chicago. The posters contain individual images relating to the past and present states of a selection of these foundry sites, and will be overlaid with text visible from a distance greater than the individual images themselves. The ‘Palladian’ center window will be used as a central tie-in, contextualizing and explaining the overall project.

‘Practice’ is a term that before coming to SAIC, I’d never associated with art – medicine, psychiatry, dentistry, even architecture, but not art. Practice speaks of a profession, and art can certainly be a profession – an MFA can take as long, and cost as much (or more) as most of the other professions, so why not.

Given this term ‘practice’, my own personal practice had, up until this point, involved painting, material experimentation, and architectural and fashion (hundreds of years ago) photography. What connected my work in these various media was a kind of concrete approach to materials and subject matter: paint is paint, rocks are rocks, shadows are shadows. I had never, consciously, delved into the conceptual – to me, the world was already so full of nuance, layers, its own inherent complications, I just didn’t feel any need to ‘monkey with it’, as my grandfather used to say.

It would be easy to say that the first project failed for me because the collaborative effort wasn’t very well executed, we both had strong ideas, things we wanted to do/express, and they just didn’t blend very well. No harm done, it was an interesting experiment, it took me in a direction that wouldn’t have normally gone, and that’s not a bad thing.

Mark and Nick both gave us so much to think about when approaching this class, and its eventual output. This sort of overload is fairly unusual, at least in the fact that it’s not usually so directly distributed, “here, look at this, it’s amazing!” – over and over. Only a truly awful person would not to want to produce something that does justice to all of this amazing effort, and maybe I felt that my first project didn’t do this, even in my own mind/ to my own expectations.

At the end of last semester, after completing my project, I was very concerned that I was not the person to best take up the task, and this led to my considering not continuing on into the second half. Make space for someone who could.

Being allowed to combine this class and my own thesis work was a godsend. This was a return to territory in which I was able to comfortably navigate.   And while this second semester would certainly provide me with an absolute barrage of, for me, fairly unique challenges, both logistical and creative, I never felt lost or out of my depth – I never again questioned my ability to produce.

From this project, I’ve collected a myriad of emails related to this project, a fairly remarkable little archive in itself – relating the trials and travails of my installation, that still, it should probably be noted, as of today, May 10, 2016, remains uninstalled. I should also add that, as of this date, it does appear more likely than ever that it will in fact be installed.

During my thesis research relating to the locations of historic Chicago foundries I had taken a lot of contemporary site photographs, and some of these turned out pretty well.

Add to this that during this same research I had noticed quite a few connections between certain foundries and the school and or the museum. I had for example, located the site where the lions were cast, now a vacant lot in the Grand Crossing neighborhood. Connections like these were, it seemed, a fairly unique contribution that I was in the relatively unique position to provide – this seemed like an ideal project.

This, or so I thought, was the hard part, this lovely little concept. All I would have to do is print them out and whack them up someplace – ideally someplace with some sort of related significance – how difficult could that be? Turns out, very.

My first location was a warehouse owned by the museum, this seemed like a great spot – geographically fairly central to so many of my foundry sites. It has 4 large boarded up windows on its south elevation, and the rail yard beyond. This location appealed to me for the same reason it probably appealed to the museum, it’s very remote and nondescript – it’s a dull, comparatively unattractive building in a neighborhood that no one travels to unless they have to. I’ve always loved the idea of art installations that no one would see; perhaps even those who did see it wouldn’t understand it, there’s something lovely and lonely about it, but also kind of powerful (to me).

But, as it turns out, the museum didn’t relish someone challenging the very anonymity that drew me to the site, and ultimately I was told no, that I couldn’t install there. It’s funny, because I had not intended to add any text to my four photos, they would have just been four photographs by an unknown photographer wheat-pasted onto an otherwise nondescript structure.

As a consolation for my not getting my choice of venue I was offered the alley behind 112/116 S. Michigan – but this, aside from it having no connection to my larger project, just felt wrong to me, so I turned it down.

My next site of choice, my choice, was 4025 S. Halsted St., the site of the former Independent Packing Company, now a large vacant lot facing, in my opinion, the magnificent west elevation of the former Magnus Brass Co. I love this site, I collected a large number of 19th and early 20th century artifacts from this site, the hollowed out remains of the old packing house was long-ago filled with 100-year-old back fill. This fill, as it turned out was part of the reason that this site turned out to be off limits. Among the old leather shoes, animal bones, and colored glass, was mixed industrial waste, lead and asbestos. The site too was in the midst of a legal transfer from the city to a real estate trust based out of Naples, FL, and according to the city attorney that I spoke with, it was currently under the jurisdiction of the court, and therefore I was VERY unlikely to get permission to use it. Not to mention that the city considered it a toxic waste site, and looked rather crossly on any trespassing.

The Stockyards Bank had been on my radar for years, geographically almost nothing is more central to my work, maybe the CMD clock tower on Pershing Rd…? The Bank has the advantage of being city property.

The difficulties relating to the bank started fairly early. My first idea was to utilize the first floor windows, pasting posters over the metal window grates. The grates, though, were rented, and were therefore off-limits.

Next the upper windows were considered – they’re certainly a bolder and much more exciting choice, but they’re 25 feet in the air, too tall for me on a ladder. A lift was considered, while initially thought to be too expensive, a call to Hertz provided me with a relatively low, and certainly within budget estimate for the 42-foot lift necessary. I would merely have to drive it the short, maybe ¼ mile from Hertz to the Bank and operate it myself.

This leads to the next hitch, SAIC legal, unsurprisingly, was unhappy with the potential liability surrounding such an operation – I could die, or more likely punch a hole through the south elevation of a national landmark structure.

The next suggestion was to hire an outside company to rent and operate the lift – and absorb their own liability. Heart & Bone was chosen for this role; Kelsey McClellan, one of the owners, conveniently works in the photo, sculpture, performance, etc. office, and was well-known to everyone involved on the school side. Given the added cost of hiring Heart & Bone, the cost of my project is rather higher than I would have ever expected to be approvable, but as of this date, it does indeed appear to be on the road to fruition. 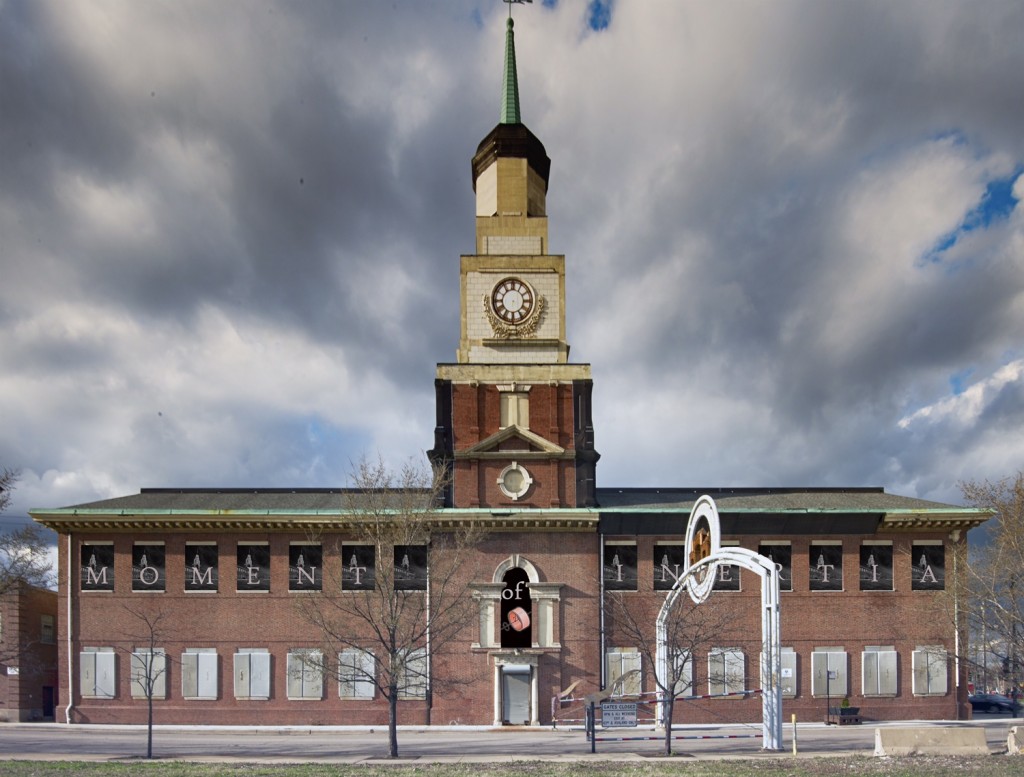 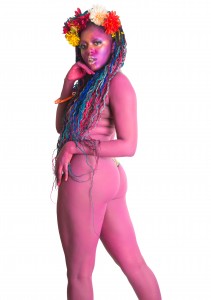 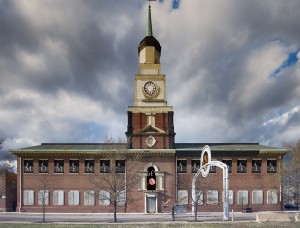 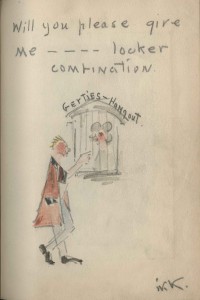 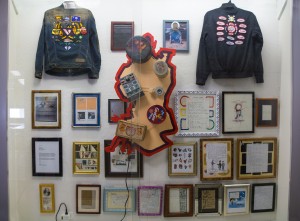 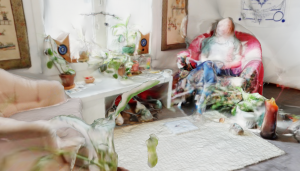 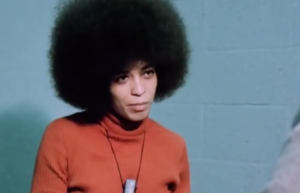 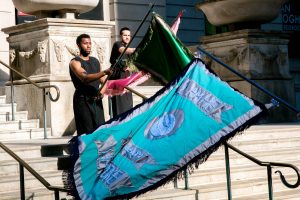 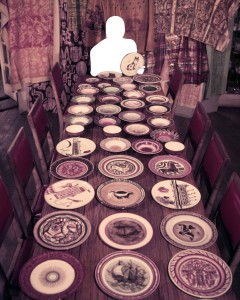 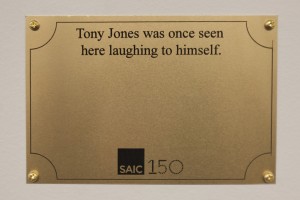 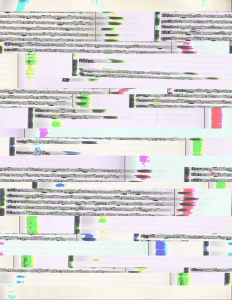