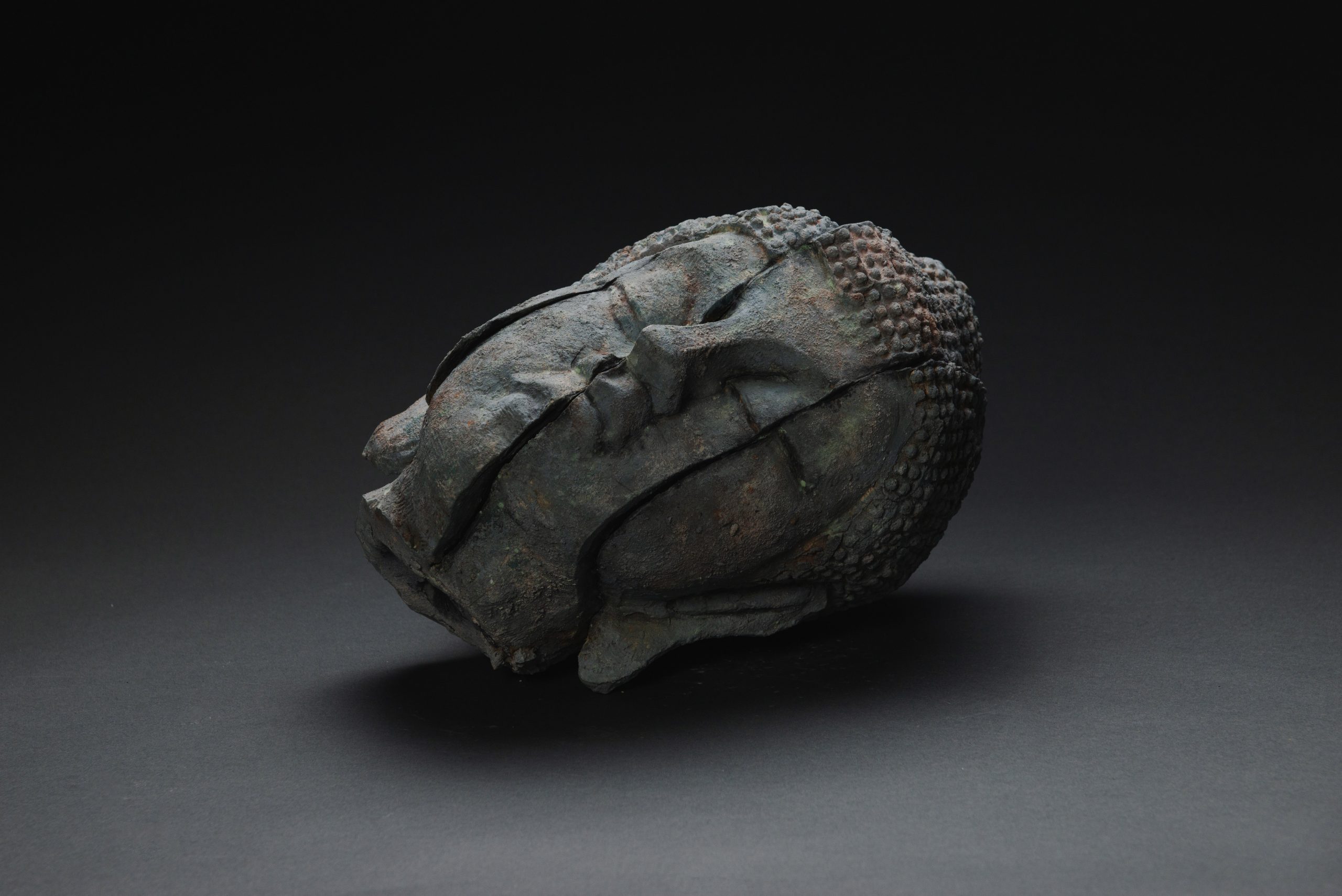 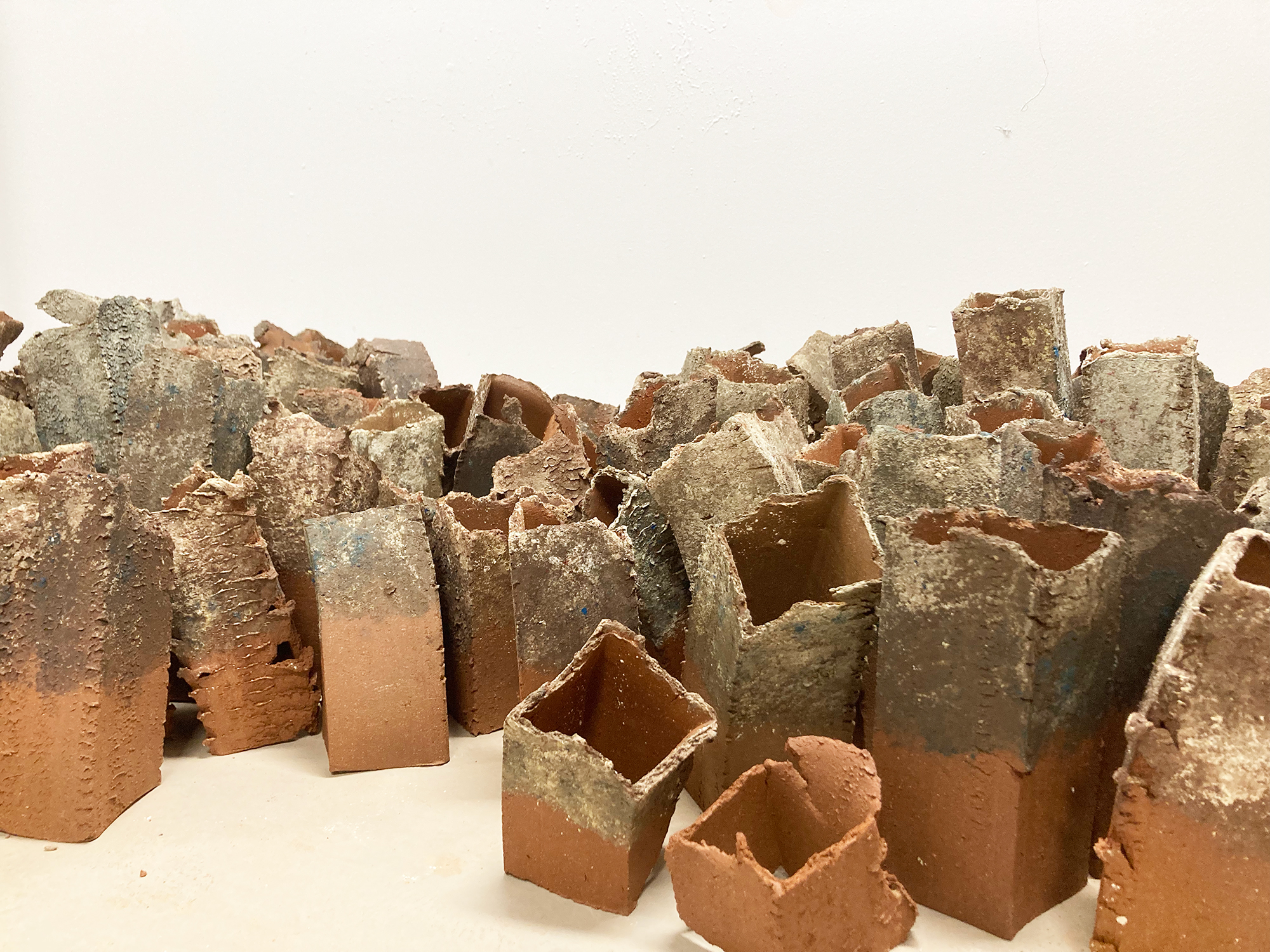 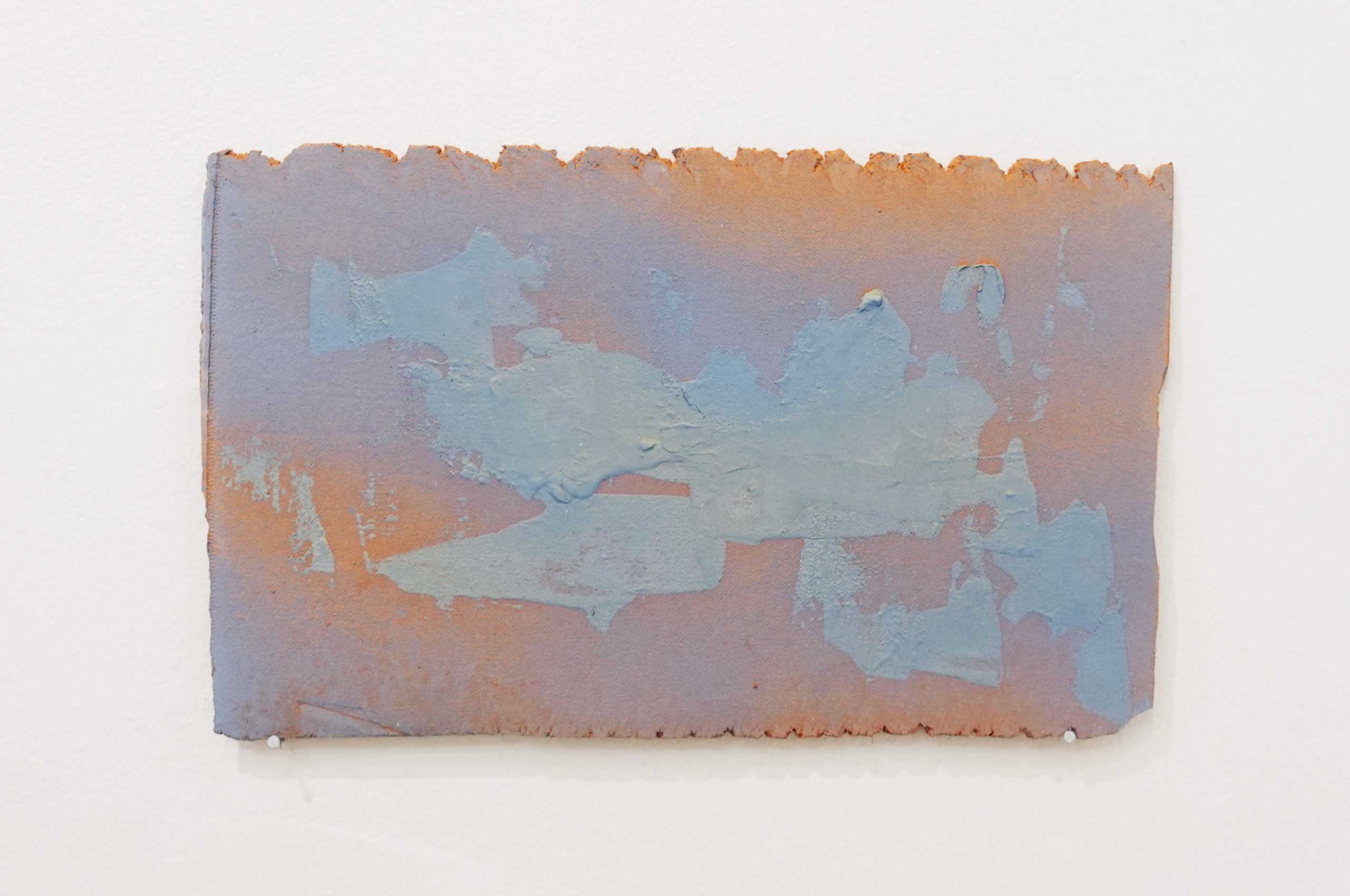 Xingrui Xu: Removing Mountains is a solo exhibition of works by Xingrui Xu, a current ceramics student at the School of the Art Institute of Chicago. The exhibition reveals his evolving experiments on ceramics in recent years and explores the relationship between the artist’s labor and the natural forces of the material.

Throughout Xu’s practices, an ancient Chinese fable called “The Foolish Man Removes the Mountains” resonates in his mind. The story goes like this:

A 90-year-old man lived near two mountains that blocked his passageway. He thought of moving the soil and rocks with simple tools. Others laughed at this seemingly impossible task, but the old man believed his children, grandchildren, and generation after generation could accomplish this eventually. In the end, the gods of nature were moved by his determination and removed these mountains.

Time and again, this story has been reinterpreted to demonstrate the success of human willpower. However, Xu values the process of removing mountains more than the ultimate result. This story comes from “Liezi,” a Taoist text from the 4th century BC. Taoism encourages individuals to live in harmony with nature because human understanding is limited when compared to the long-existing earth. Xu views the old man’s act as a way to interact with nature rather than overcome it.

The mountains in the story were removed, yet the soil and rocks did not melt into the air but were transferred to other places. Nature can reveal itself in boundless possible forms. Ceramics are earthy and flexible, and Xu molds them into different shapes. Three series of works: “Mountains and Rocks,” “Buddhas,” and “Ceramic Paintings,” show the artist’s different perspectives to think about ceramics in contemporary art.

For the work “Remove Mountains,” Xu fires numerous small columns to constitute a field like a mountain. These curved columnar units are rough with uneven and fissured edges, showing nature’s crude and wild side. The brown shade of clay and the dark grey brushed at the upper part create a visual effect of soil stratification. Near the mountain, viewers also discover several individual rocks, which creates a contrast: rocks are solid with fixed shapes, while the mountain is a more abstract and broad concept in the artist’s mind.

Behind his art is repetitive labor. At some point, the artist feels that he shares the same spirit with the old man because of their shared resilience. The protagonist wanted to remove the mountains for practical concerns, while Xu builds mountains to visualize the philosophical idea from the story. Despite the differences, they both believe that the only way is to make continuous actions step by step.

The Buddha’s heads are the Xu’s early experimentation with ceramics before the mountain project. Having lived in both China and the US for years, Xu has been exposed to traditional eastern ideology and innovative concepts in western contemporary art. He believes in the possibility of blurring cultural boundaries through conceptual art. Xu chooses to reconstruct people’s view of the Buddha, a traditional icon. Under his hand, each Buddha’s head comes into view with either glossy or rough textures and various glazed colors from porcelain-like white to jade and bronze. What is more important to Xu is not the Buddha as a deified symbol but the individual human labor behind the construction of each cultural icon. Therefore, under his hands, deep parallel cracks run through each individual Buddha’s head as the signature of the artist.

Along with the creation of mountains, the artist keeps thinking about the boundaries between painting and sculpture. Inspired by the flexibility and malleability of clay, Xu makes slabs as canvas and then paints and sprays colorful slips on them. Some clay boards even have wavy upper edges like the jagged mountain ranges. The gradient colors remind viewers of different weather and natural landscapes: The cyan is like the mountain with the drizzle, and the green is like the forest enveloped in fog. Each painting leaves a space for the viewers to contemplate the tranquility of an abstracted landscape.

Like the old man, Xu encounters the tension in one of the most abundant materials on the earth. Unlike the old man who ultimately impressed the god, however, Xu must rely on himself to interpret nature. To move or change the mountains is painstaking and challenging, but it is not a futile effort. One will realize their vulnerability when confronting the universe, yet one can only learn their progress during ongoing experiments with natural material and continuous reflections in their minds. Xu’s ceramic art pieces embody this commitment to resilience. 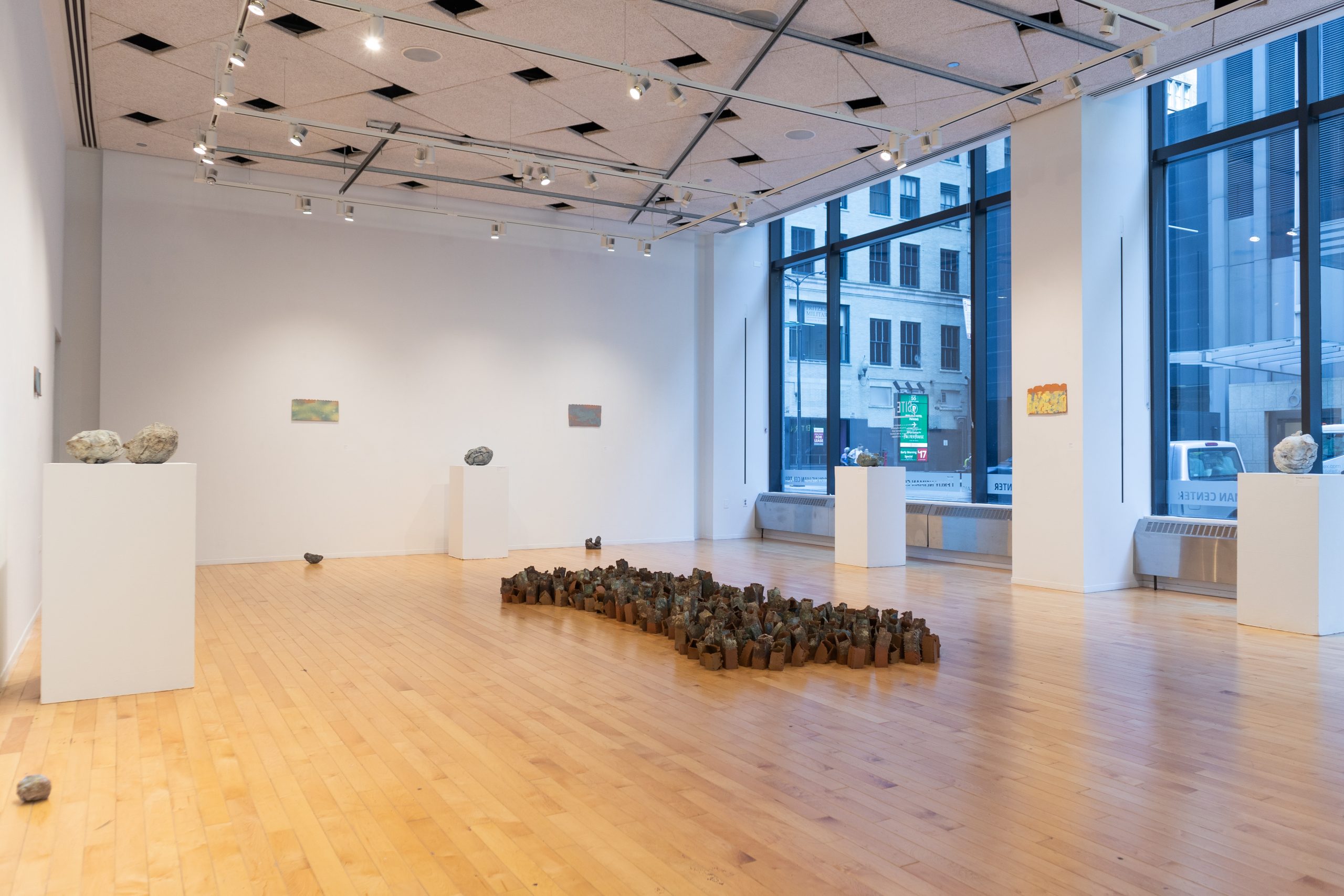 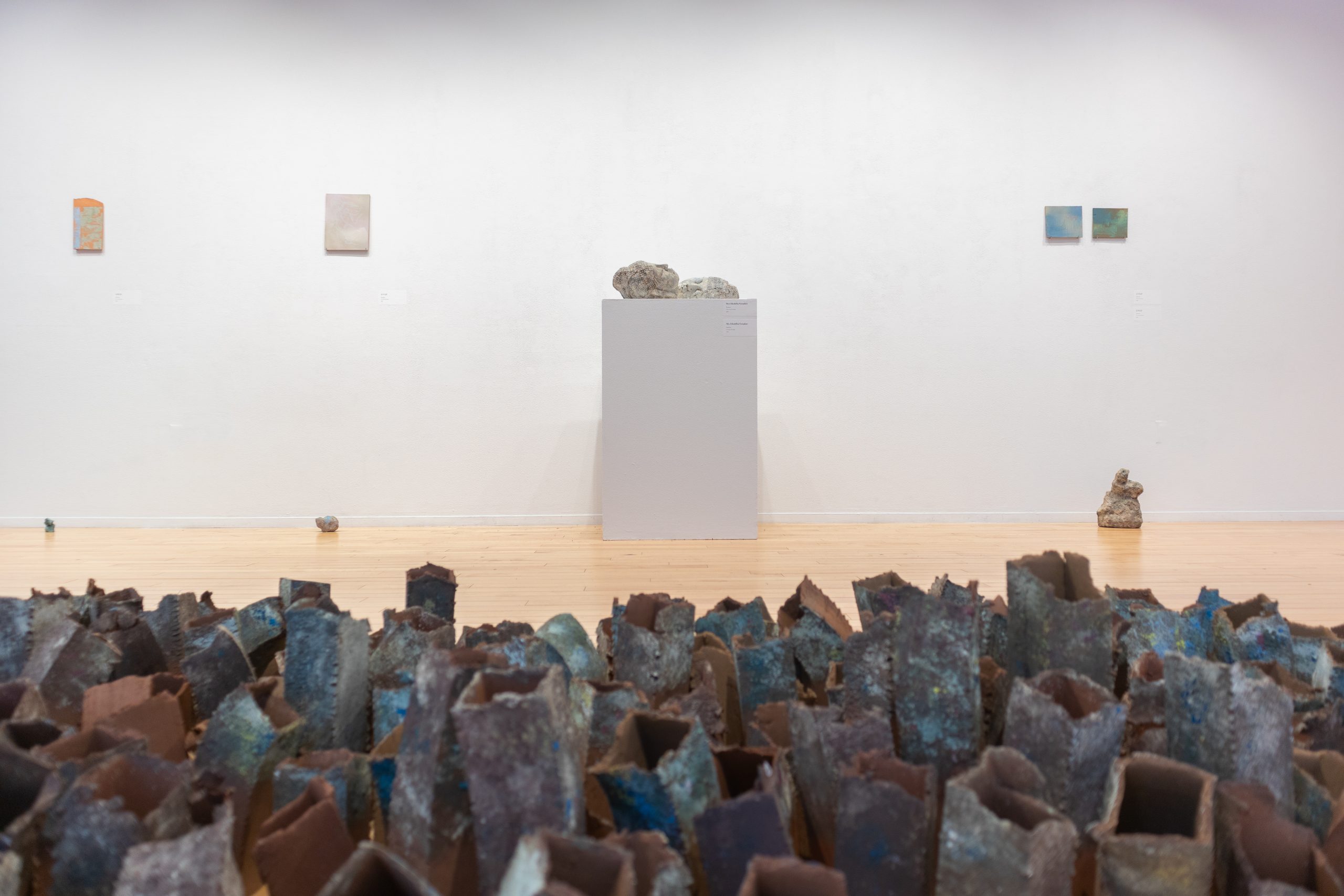 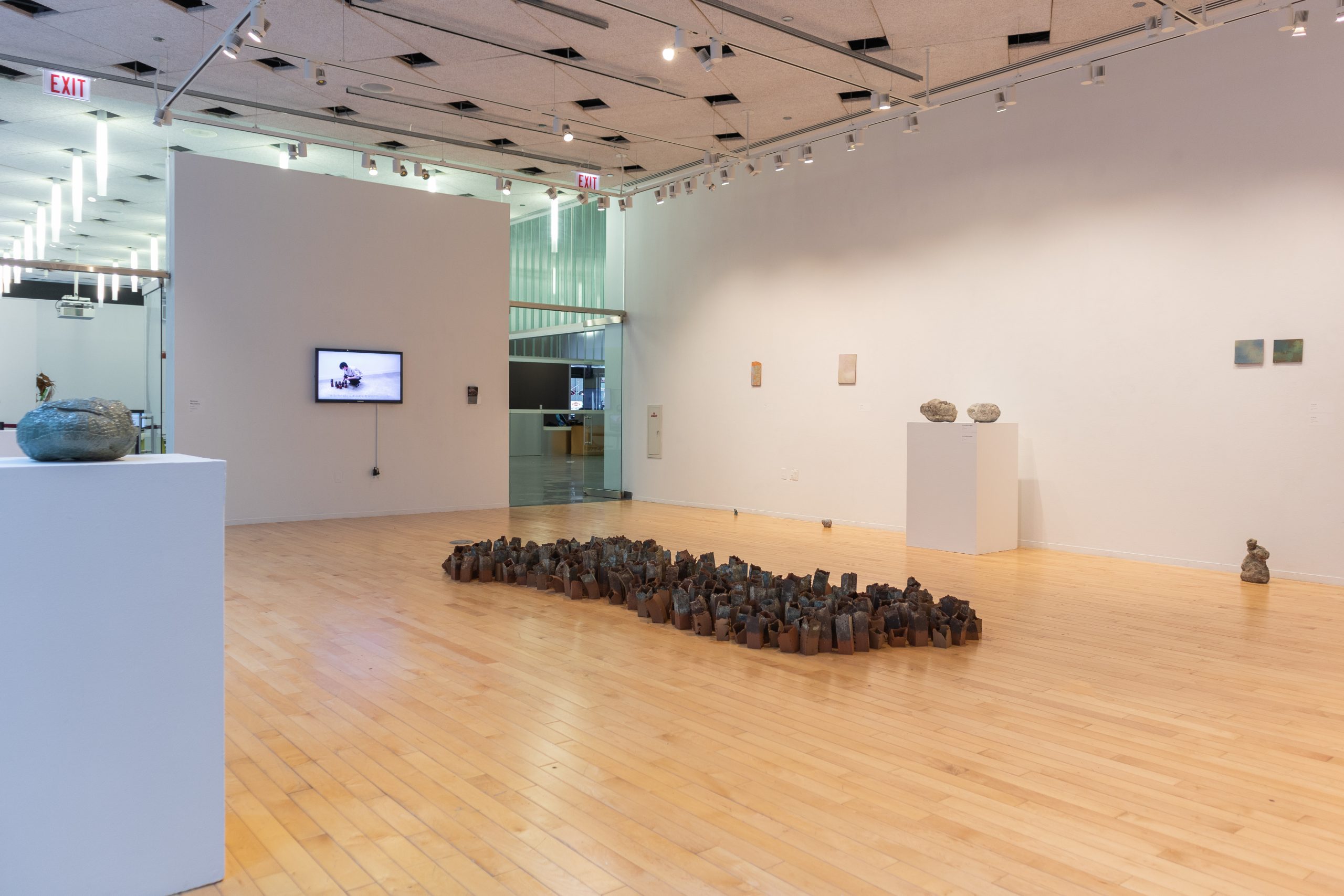 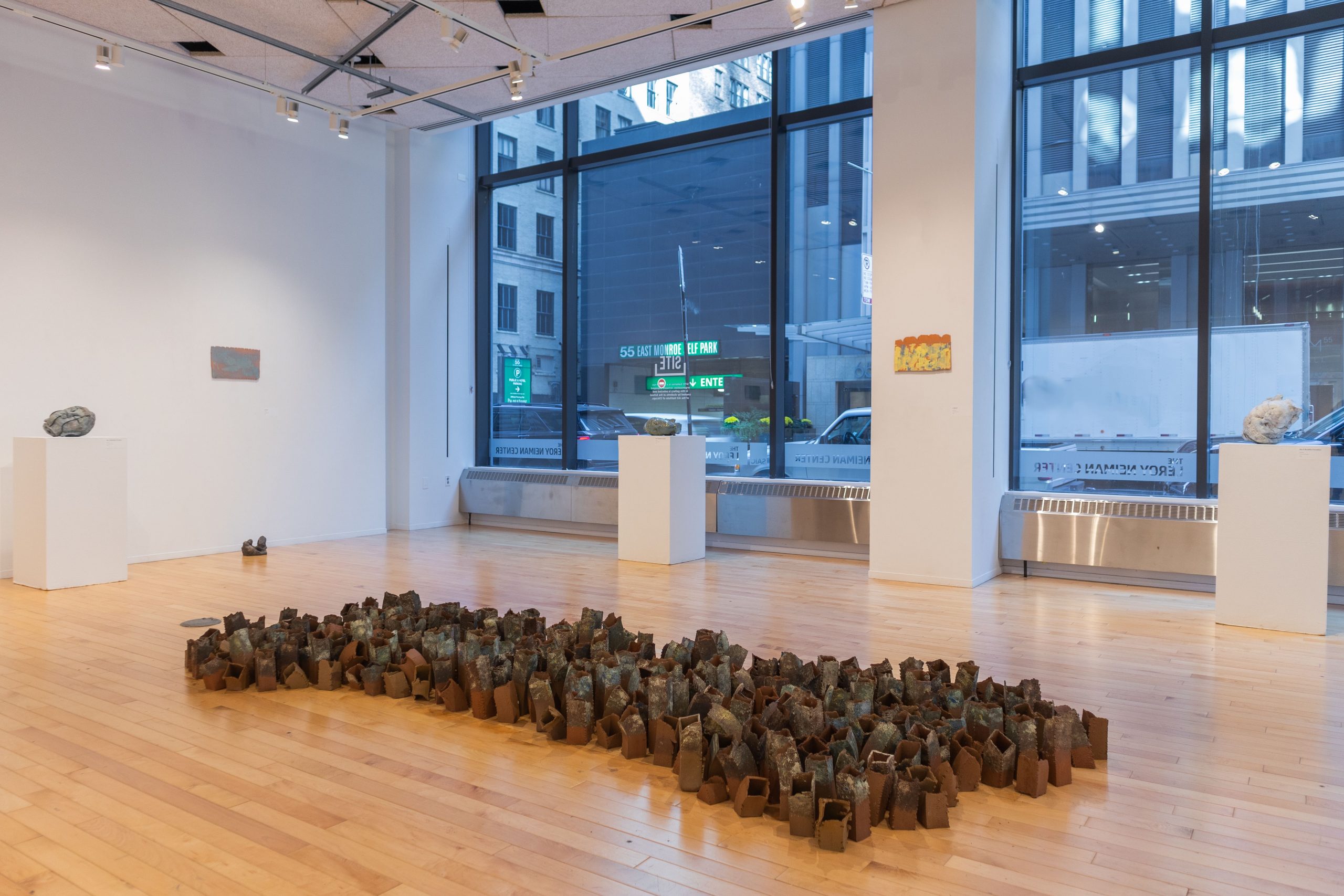 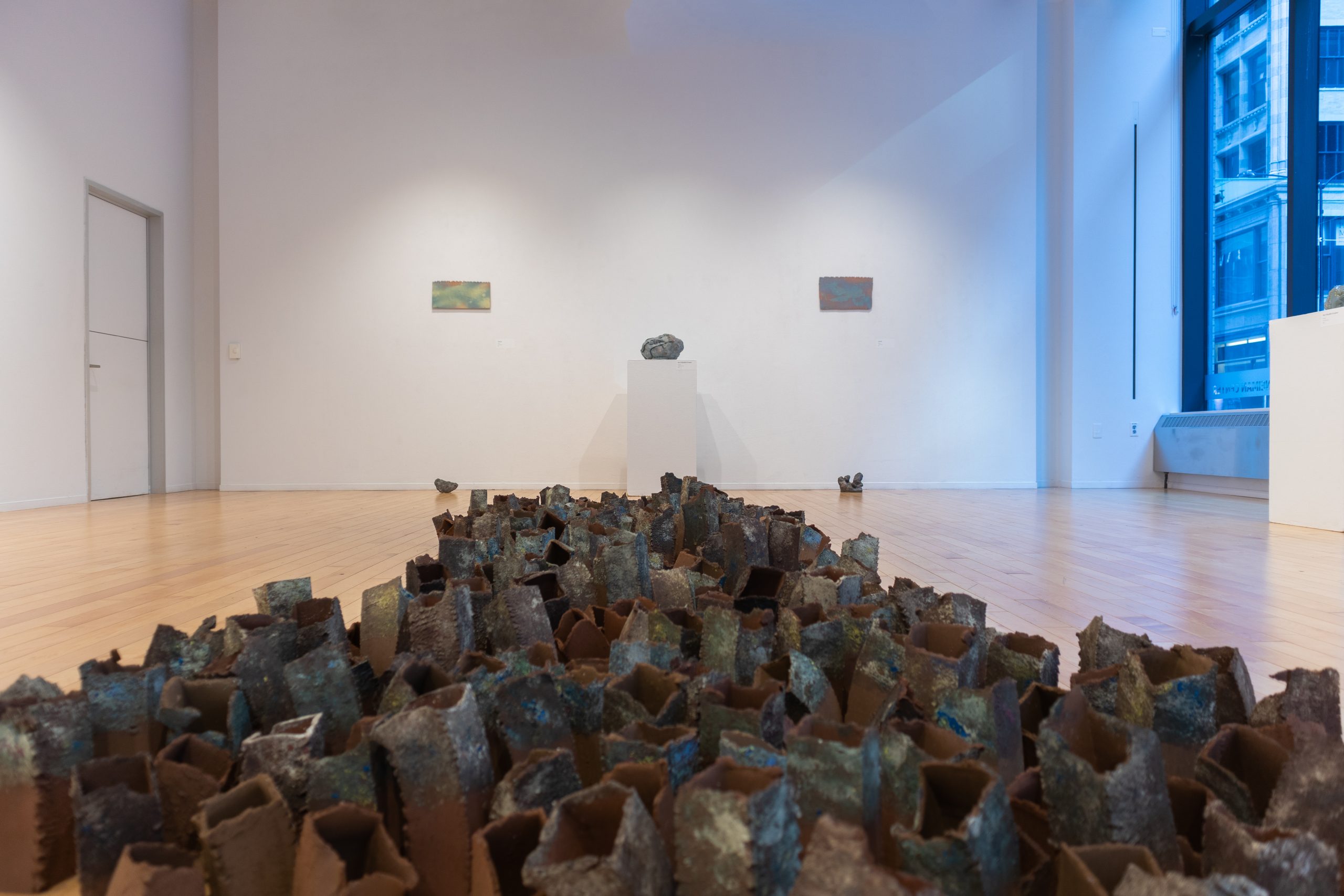 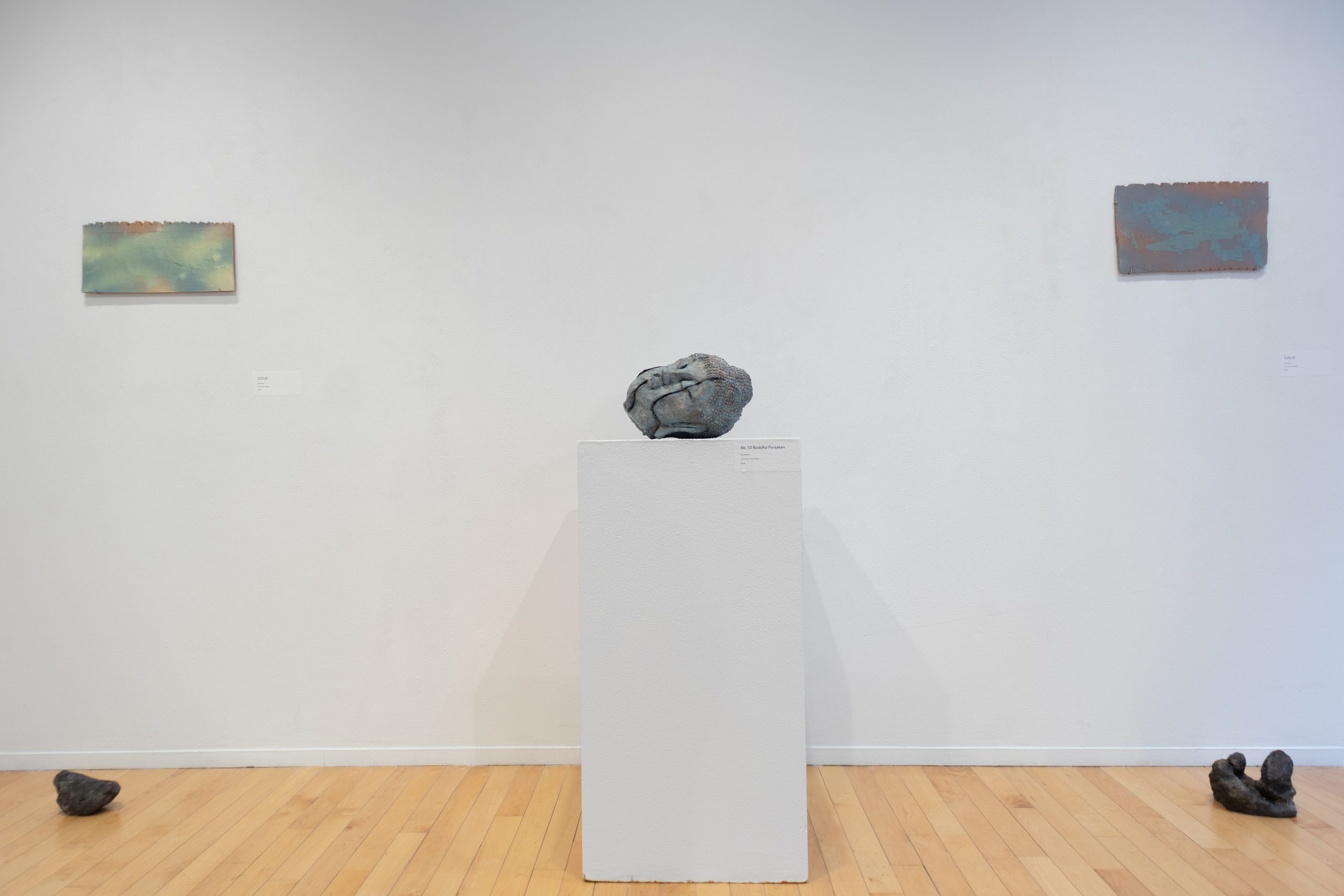 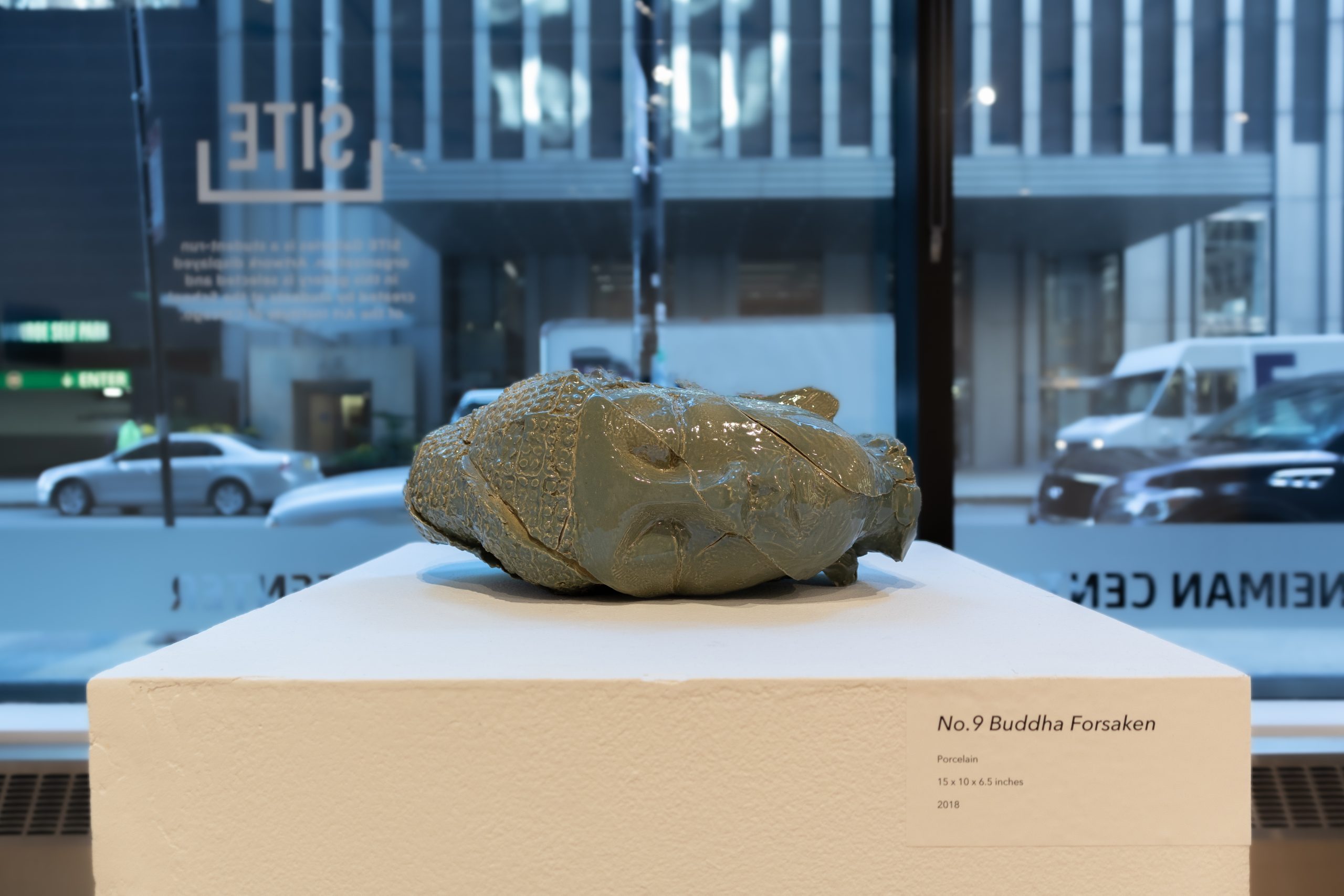 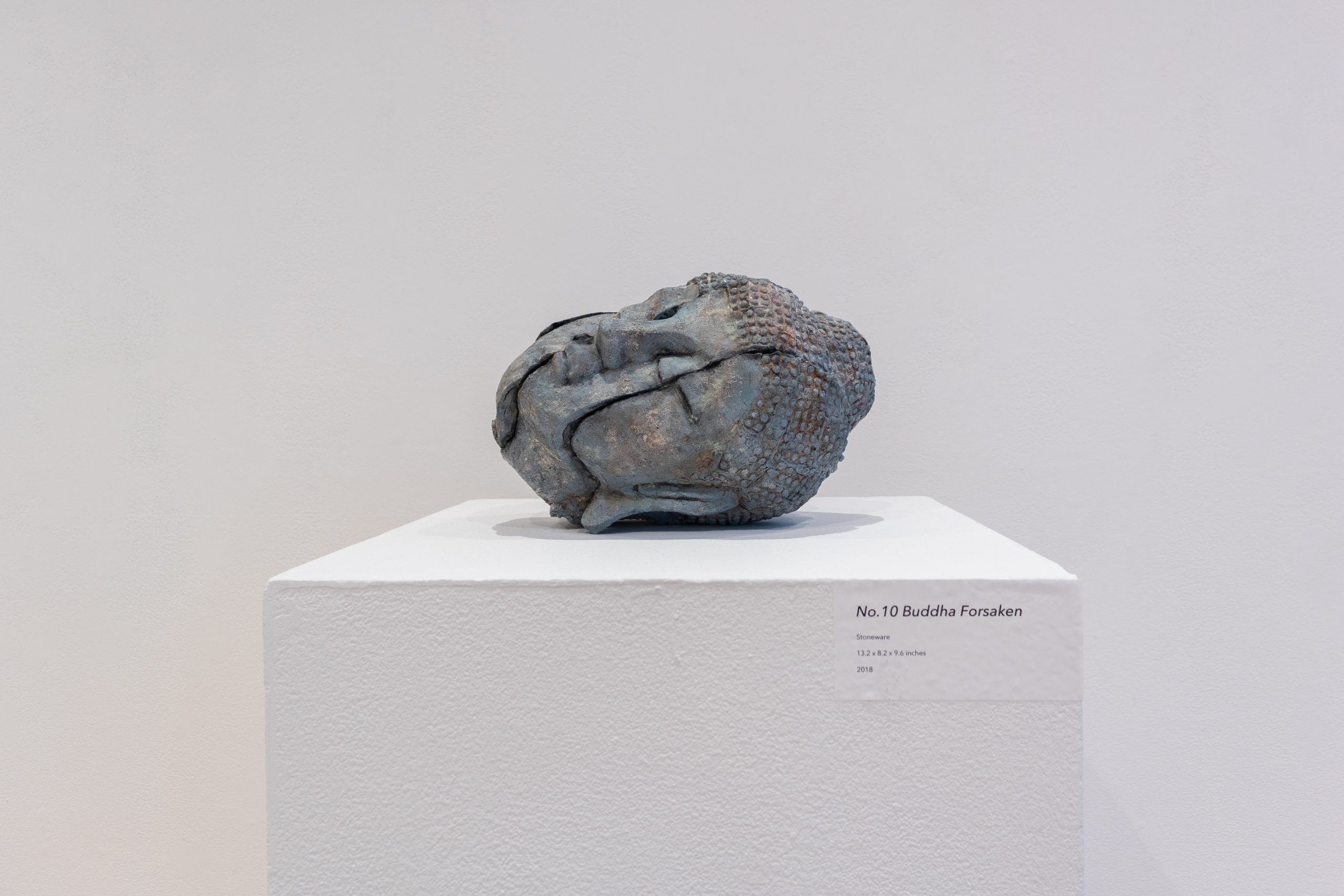 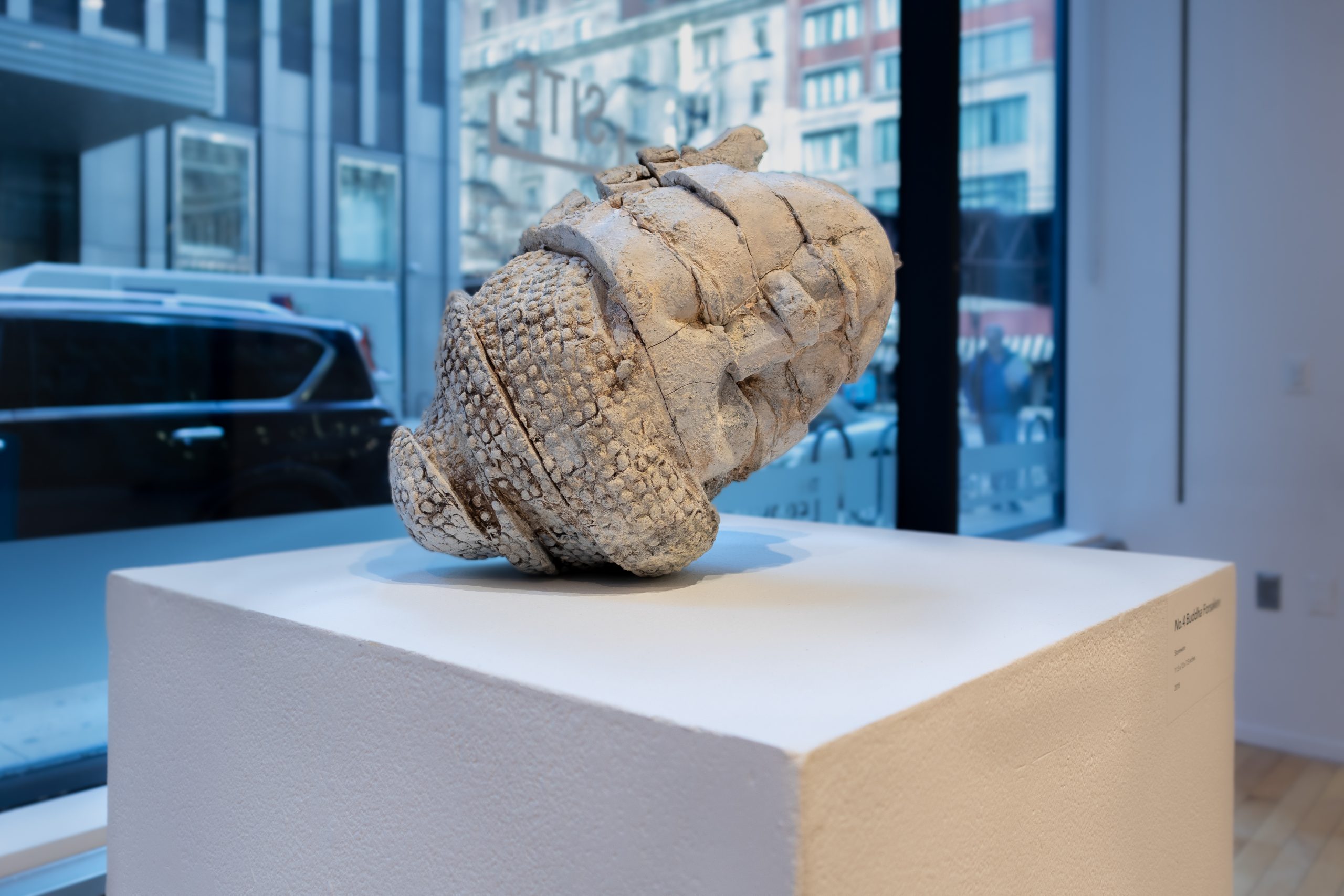 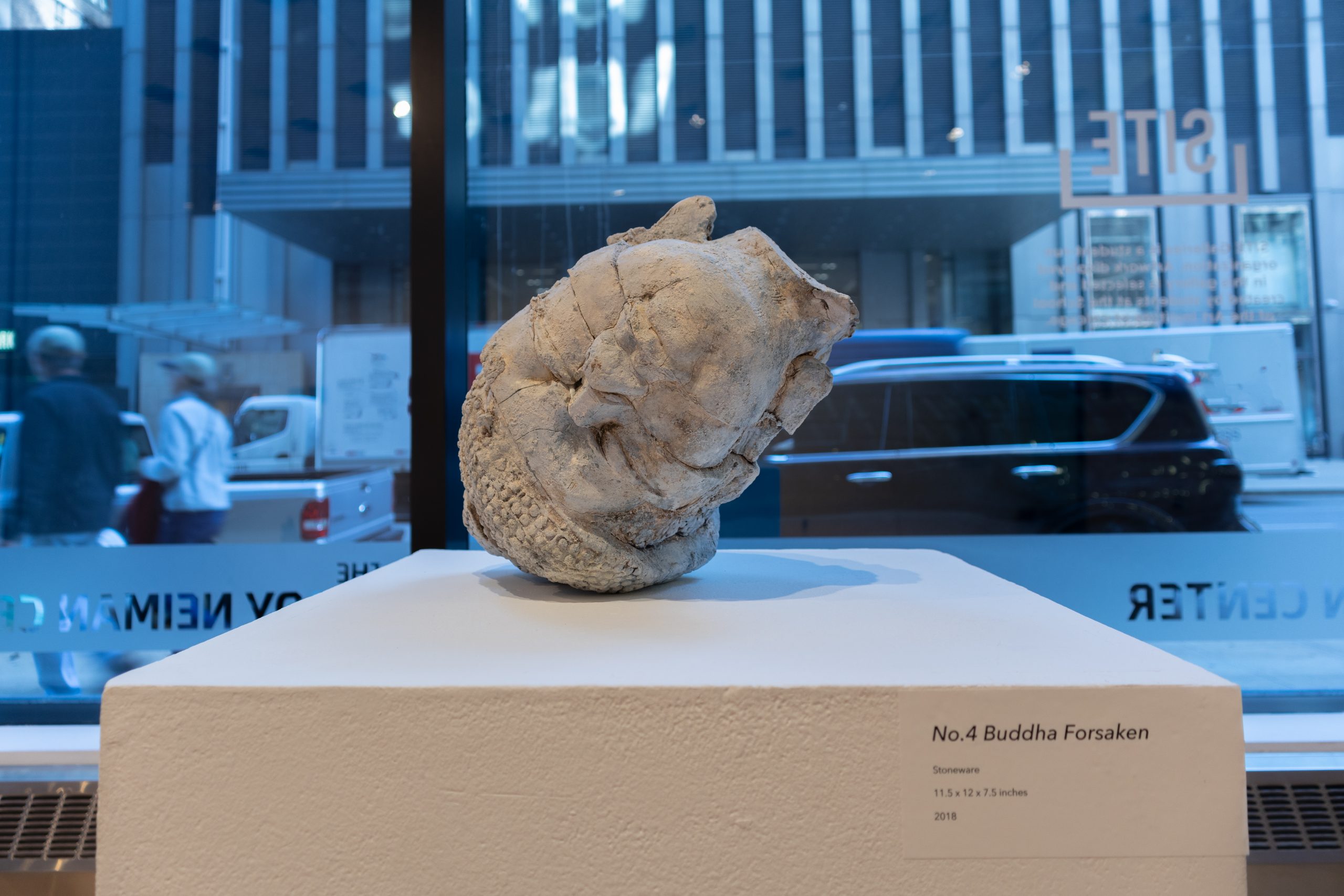 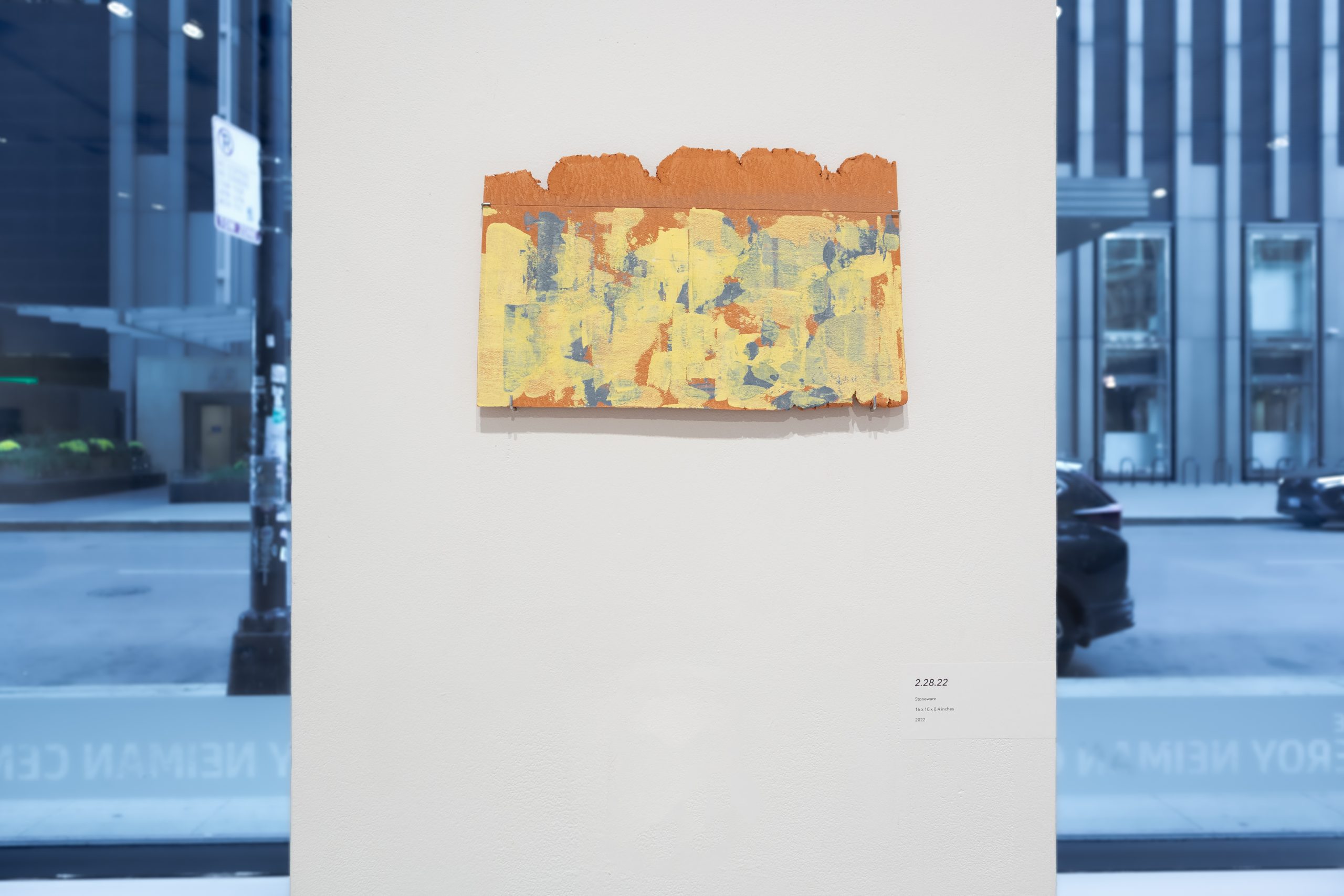 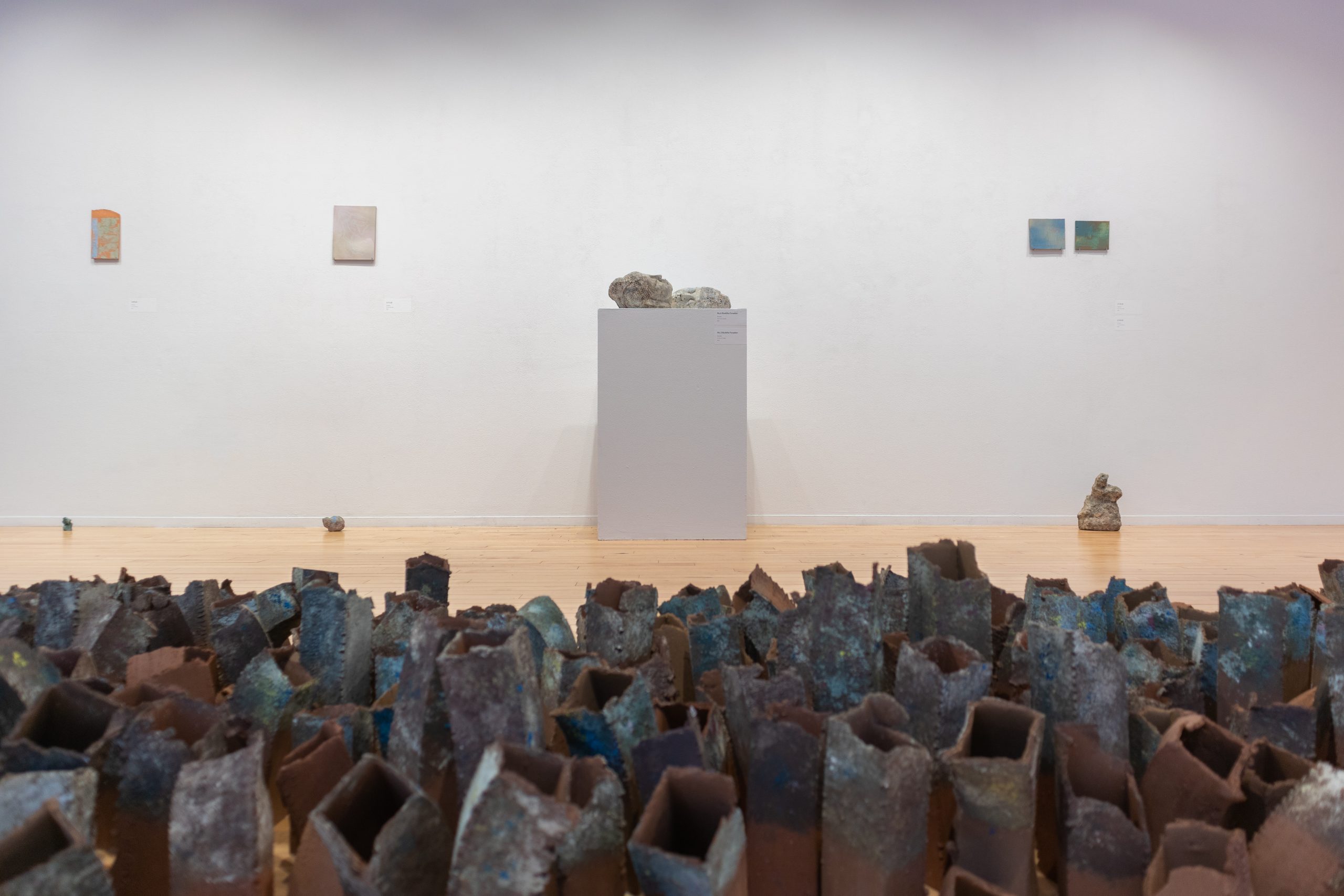 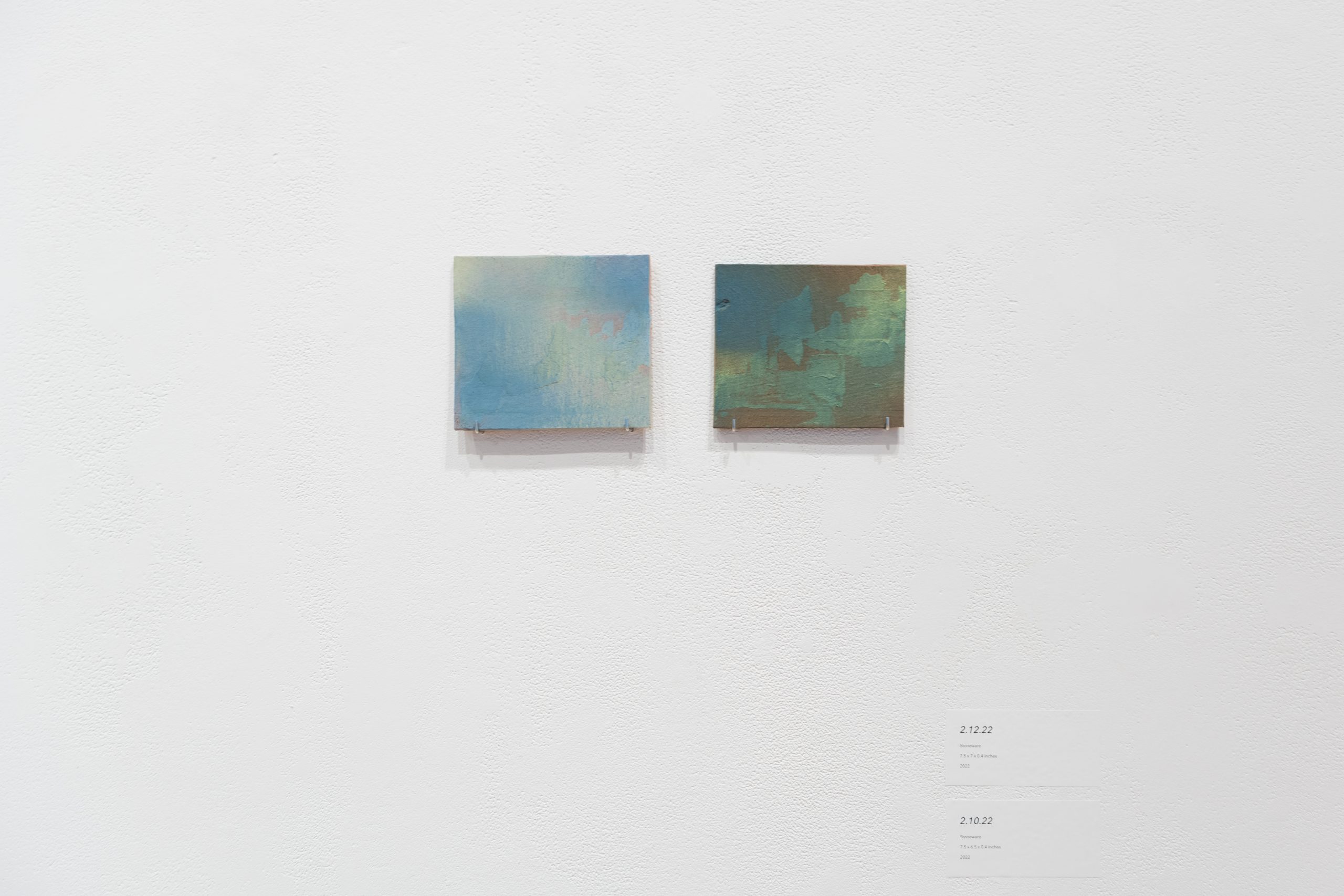 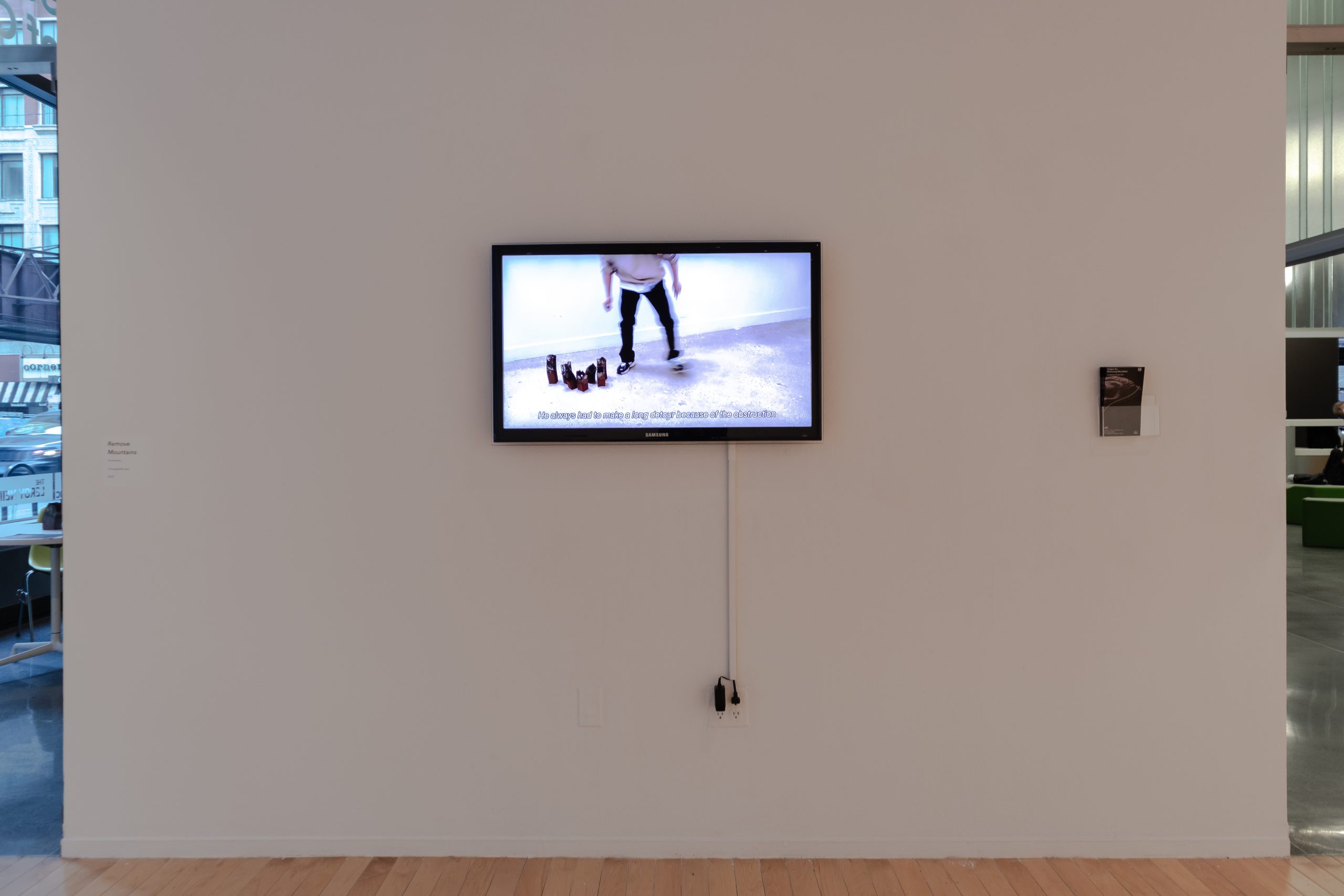 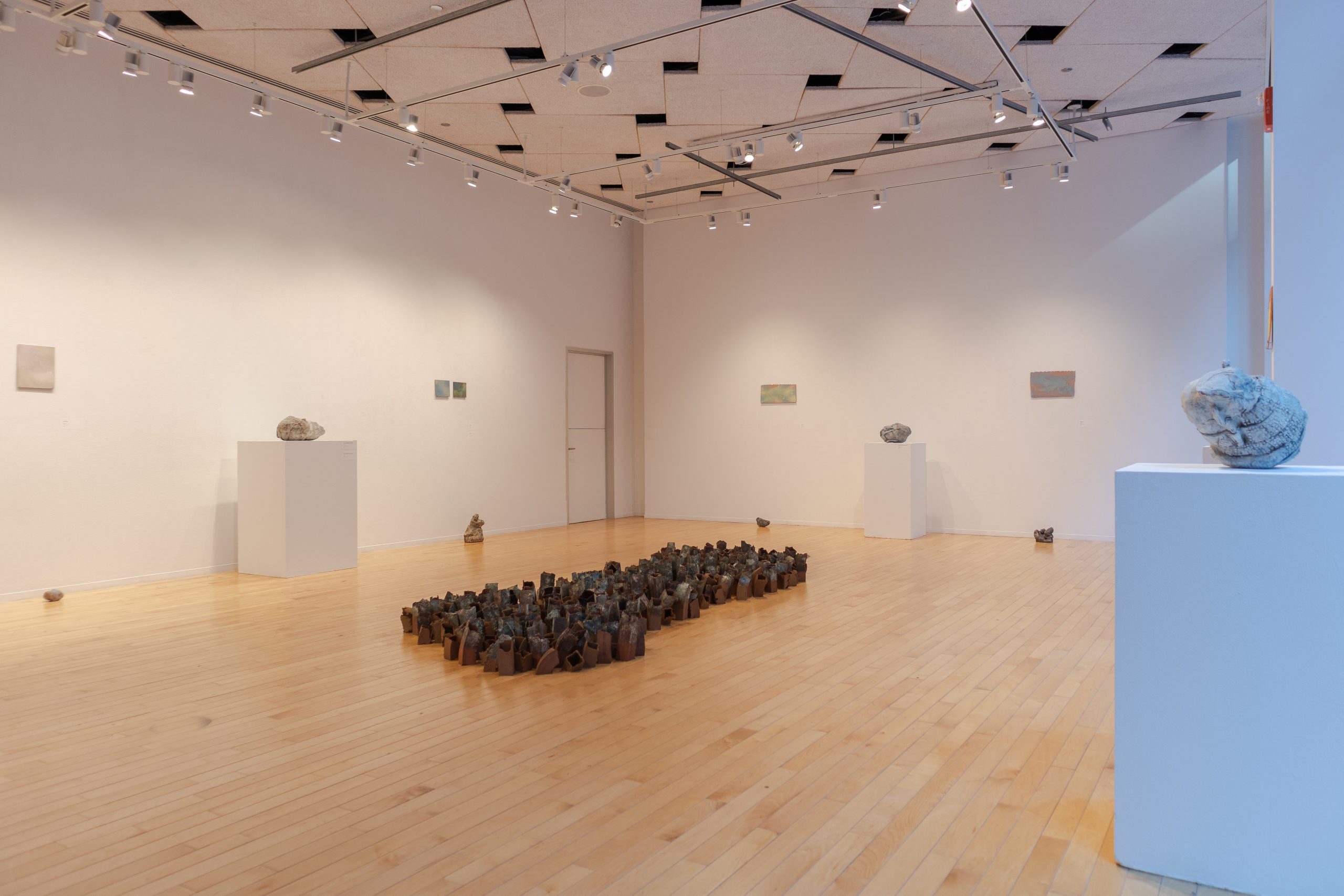 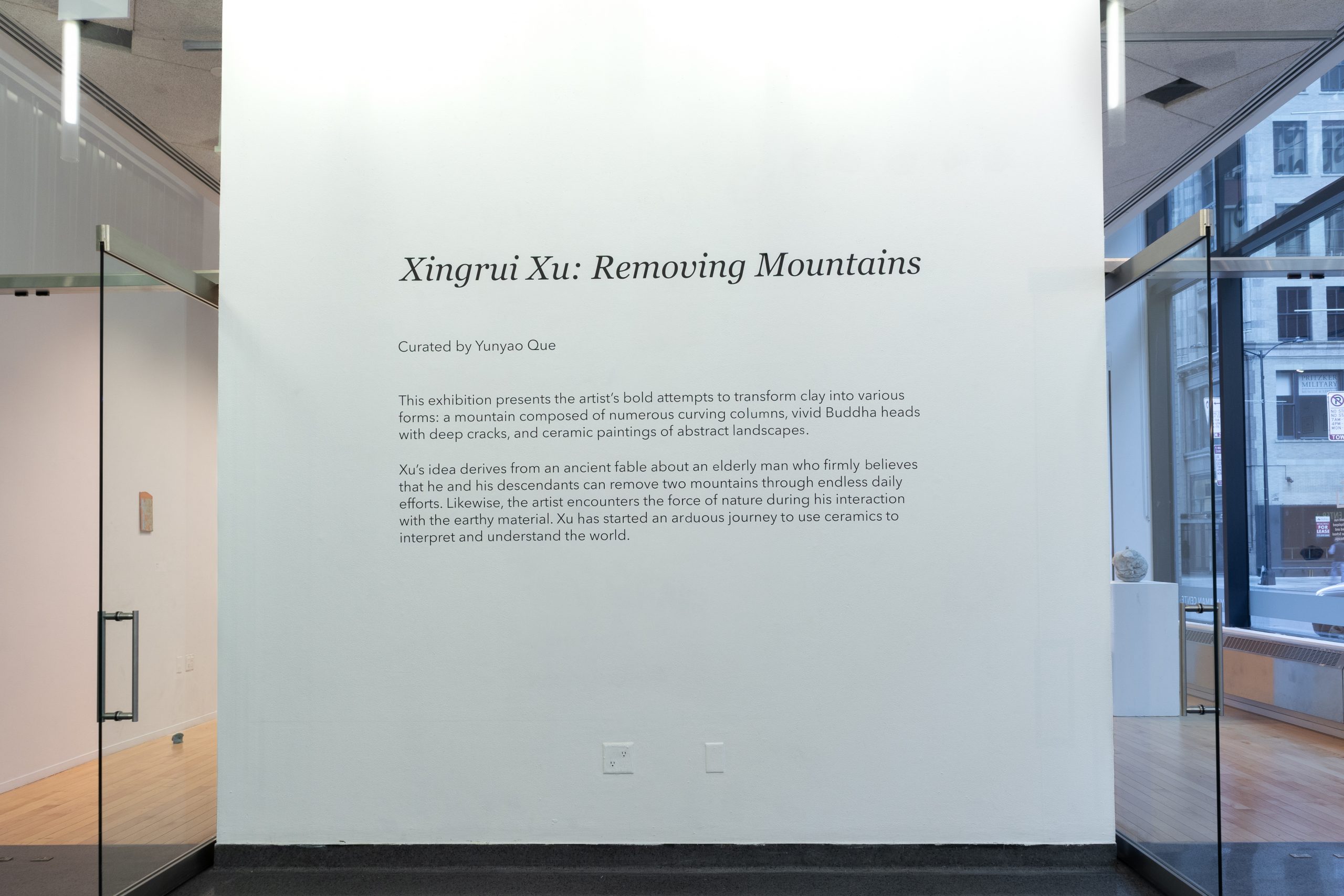 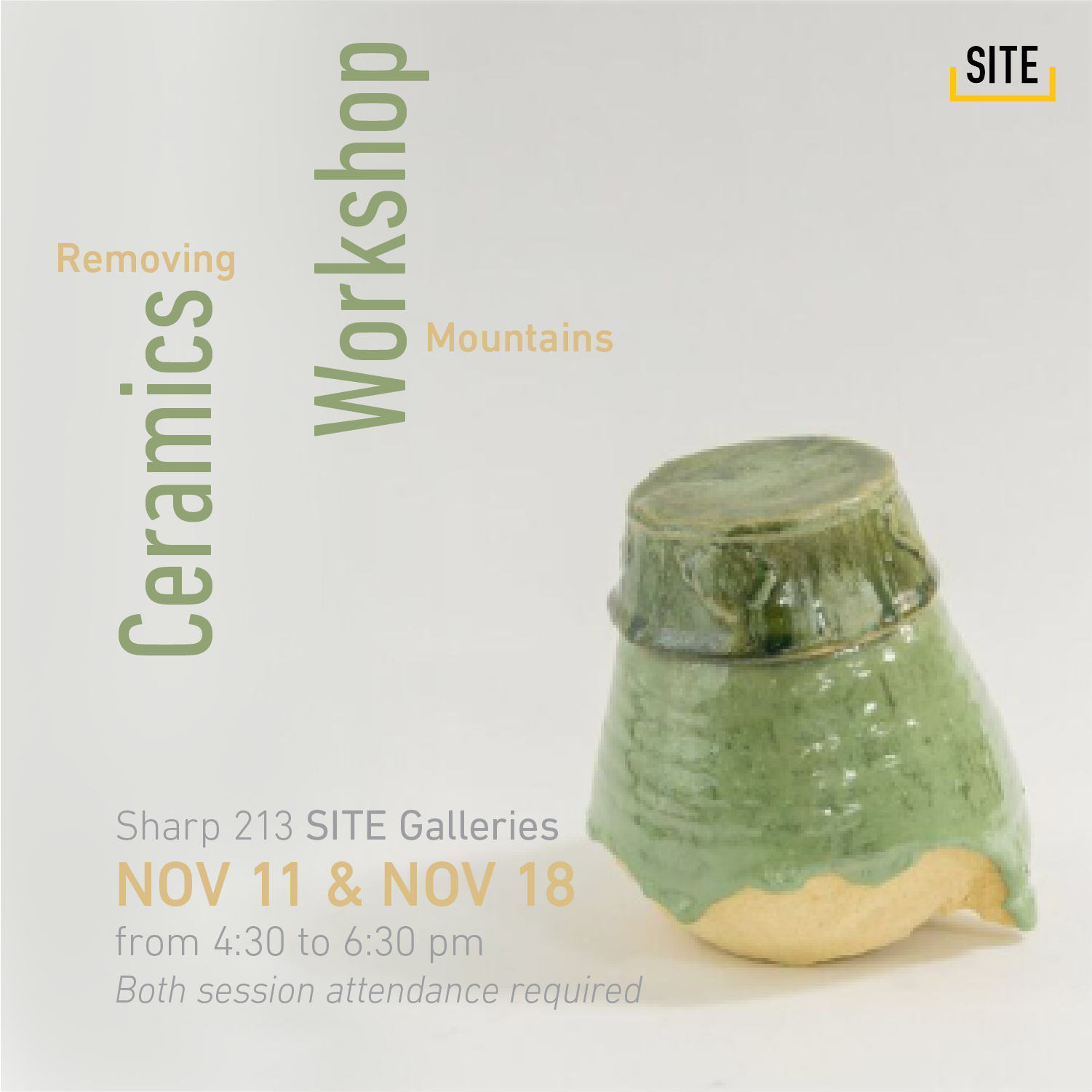 Only 10 spots are available for the workshop on a first come first serve basis. Both attendance session is required.