Getting Up and Thinking Through: An Ethics of Spatial Objects 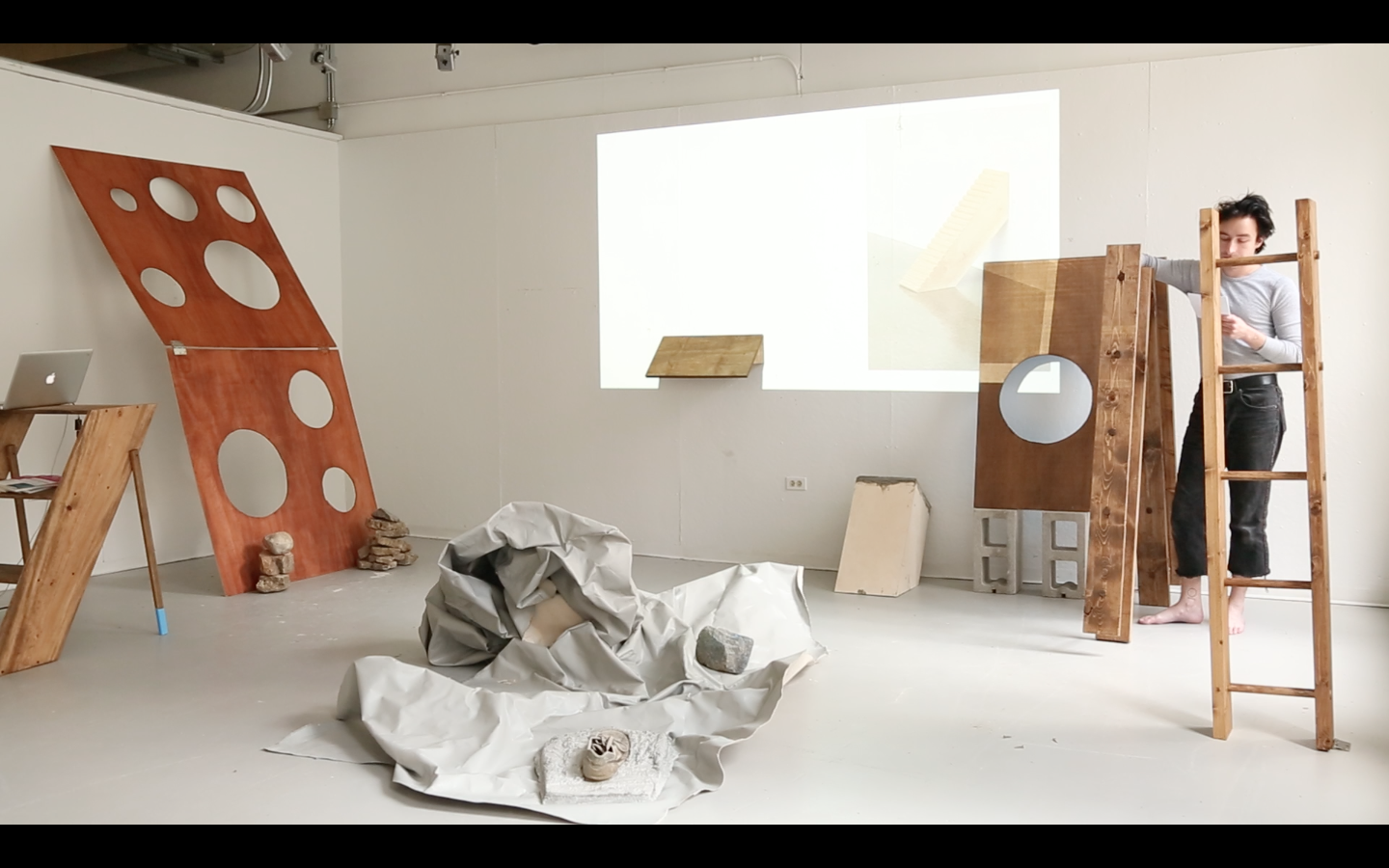 Image still from video documentation of previous iteration of this performance
Free and open to the public
May 3 @ 5:00 - 8:00 pm; May 9 @ 4:45 pm
Sullivan Gallery

There is a small space that exists, a transitional zone, not between, but “among, within, and elsewhere”, like the idea that “talking is dancing” but also “dancing is not talking”. It’s taking objects, language, and bodies and integrating them into non-cohesion. Thinking of the “invisible bodies, with their fists up, tucked away and out of sight”. Where we actively try to do nothing but are actually “reading voraciously.” Concerned not so much with what is said, but how we could possibly say it. Where objects do, language breaks, bodies dissolve into beautiful multiplicities, and we come to a possible ethics on the get up.